A great many people in Northwest Philadelphia and the adjacent suburbs were undoubtedly delighted over the Biden/Harris victory in Pennsylvania in November, but I doubt if anyone was more exhilarated … 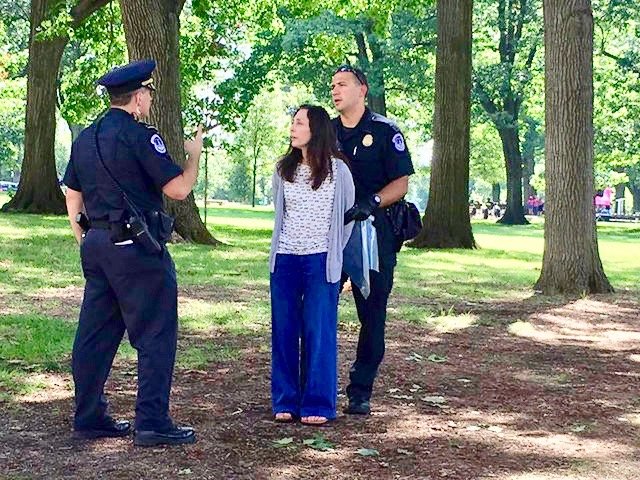 Koplove is seen here being arrested along with 175 other protesters in July of 2017 after engaging in acts of civil disobedience around the proposed repeal of the Affordable Care Act. 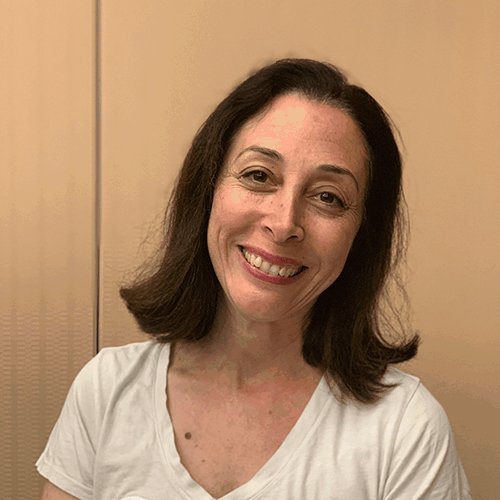 Koplove, a Chestnut Hill resident, is a graduate of Temple Law School, but the former public defender has not practiced law for 13 years. She worked during that time as a political organizer and a mother to three children.
Previous Next
Posted Thursday, February 18, 2021 3:38 pm
by Len Lear

A great many people in Northwest Philadelphia and the adjacent suburbs were undoubtedly delighted over the Biden/Harris victory in Pennsylvania in November, but I doubt if anyone was more exhilarated than Andrea Koplove. That's because Koplove, 45, a Chestnut Hill resident for the past 12 years, is one of the three co-founders of Turn PA Blue in early 2017, shortly after Donald Trump took office. Turn PA Blue (the other two founders were State Sen. Art Haywood and Jamie Perrapato, of Bala Cynwyd) is a nonprofit that mobilized volunteers from across the country to elect Democrats in Pennsylvania in order to “flip” the PA State Legislature from “red” (Republican) to “blue” (Democrat) and make Donald Trump a one-term president.

“The original core group was from Northwest Philly,” said Andrea, “but now our volunteers are all over. We have an email list of 100,000 all over the U.S. In 2020 we sent out about one million postcards and made more than four million phone calls. We had 3,000 volunteers phone banking every day leading up to the election. We had more than 300 virtual events and raised over $800,000 for candidates and programs

“Some volunteers still knocked on doors, but after Covid, the number went way down. We gave info about voting by mail, and people were grateful. You'd be surprised how many people did answer their phones. Candidates joined us on phone banks night after night. I actually love going door-to-door and talking to people face-to-face.

“This was a statewide effort, State House and Senate races, too. We were happy with the outcome for Biden, of course, but were disappointed in the down-ballot races. In 2018 we flipped 14 State House seats and five State Senate seats and a sixth in a special election in 2019. Also, in 2019 we flipped control of Bucks County for the first time in nearly 40 years and Delaware and Chester Counties for the first time ever. In 2020 we lost ground, though. We flipped one seat but lost three.

“I think the limitation on in-person campaigning was a main factor. The best way to reach people is definitely face-to-face conversations. It is much harder to unseat incumbents with unknown candidates when you don't have that. You can usually find areas of agreement with almost anyone. A few are antagonistic, though. For example, one lady in Pottstown kept yelling at me, calling me a 'baby killer.' There was no meeting of the minds there.”

But because of Covid, Turn PA Blue had to become very creative with fundraisers. “My favorite event last year,” said Koplove, “was a fundraiser for State House candidates where we were joined by members of the cast of Hamilton, including Philly’s own Leslie Odom Jr. The Hamilton event was organized and supported by many folks from Northwest Philly. It raised nearly $160,000, and it was a musical balm in the midst of an incredibly challenging year.”

Koplove loves political organizing because it is a way to connect with people who care deeply about changing the direction of our country and to make lots of new friends. “I feel lucky to live in an activist community like Northwest Philly, and people are willing to step up over and over again in countless ways. Prior to the pandemic, folks in Northwest Philly met every week at the High Point Cafe to write postcards together. We routinely had 20-25 people show up, do this work and discuss issues, learn and have a good time. We also had teams of canvassers leave High Point five days per week during the height of campaign cycles (pre-Covid). We carpooled to districts 45 minutes away and got to know each other well along the way.”

Koplove grew up in Queen Village and then South Philly. She went to Penn Charter High School, the University of Pennsylvania, majoring in English and Art History, and then Temple University Law School. She was a public defender in Philly for several years and then did post-conviction work on the West Coast. She returned to Philly but has not practiced law for 13 years, instead of raising three children and doing political organizing.

On July 19, 2017, Koplove made local news when she was arrested in Washington, D.C., along with 17 other Philadelphia residents for engaging in acts of civil disobedience, protesting the proposed repeal of the Affordable Care Act. They had linked arms in front of the office of Sen. Pat Toomey (R-PA) and would not leave when they told to do so by police. In addition to the 17 from Philly, about 160 protesters from other parts of the U.S. were also arrested. After several hours in custody, they were released after paying $50 fines. When asked about it last week, Koplove said, “I have not been arrested since 2017, which is not to say that I wouldn’t do it again.”

Turn PA Blue is still very active and says it has a “big agenda for 2021.”

For more information, visit turnpablue.org. Len Lear can be reached at lenlear@chestnuthilllocal.com