Hill-based choir Crosses over to a Grammy Award

Jonathan Bradley was recently hired as the first executive director of The Crossing, a professional chamber choir based in Chestnut Hill that won a Grammy this year for Best Choral Performance for …

Hill-based choir Crosses over to a Grammy Award 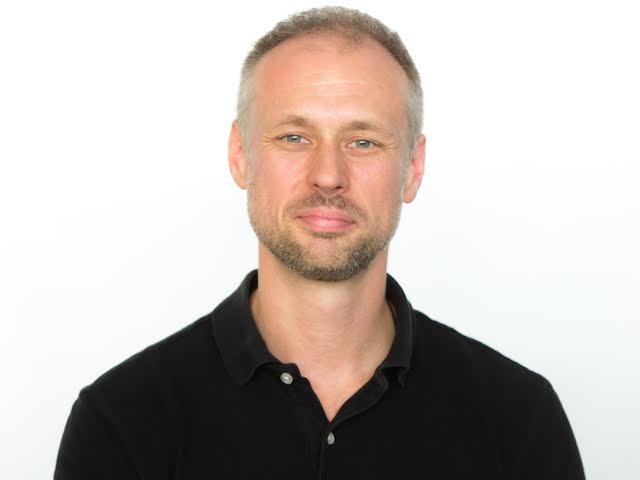 Jonathan Bradley was recently hired as the first executive director of The Crossing, a professional chamber choir based in Chestnut Hill that won a Grammy this year for Best Choral Performance for its CD “Gavin Bryars: The Fifth Century.” (Photo courtesy of Jonathan Bradley)[/caption]

The Crossing, the Chestnut Hill-based professional chamber choir founded by Donald Nally and dedicated to performing contemporary music, has had an amazing year. And we’re barely into its fourth month!

The Crossing won the 2018 Grammy Award for Best Choral Performance for its CD “Gavin Bryars: The Fifth Century.” And it has just hired its first executive director, Jonathan Bradley. He will be responsible for all things organizational and administrative at The Crossing, with a focus on fundraising and development.

Bradley has a BFA from New York University’s Tisch School of Arts and an MBA from CUNY Baruch’s Sizklin School of Business. He served for 10 years at Carnegie Hall. He built and managed a world-class customer marketing, sales and service program. More recently, as chief marketing and financial officer at Primephonic, he was responsible for launching and developing the marketing strategy, partnerships and U.S. operations for an all-classical music streaming service. He forged shared partnerships with some of today’s foremost new music and classical music ensembles.

“As a lover of contemporary music who has worked in the nonprofit and arts worlds for more than 20 years,” Bradley explained, “I have seen time and again the power of the arts to transform individuals and unite communities. Great art asks great questions and, in doing so, broadens our views on how we see the world. In today’s polarized society, this can have a powerful social impact. I am deeply inspired by The Crossing’s mission to perform groundbreaking, socially relevant contemporary music.”

Bradley recalled hearing The Crossing for the first time in Zankel Hall during his tenure at Carnegie Hall. The choir was appearing on a new series called “My Time, My Music.” The series continued for several years afterwards with much success. He remembered being blown away by The Crossing’s performance of Ted Hearne’s “Ripple” and David Lang’s “Statements from The Court.”

“I was introduced to Donald Nally,” Bradley continued, “via Kenny Savelson, the executive director of Bang on a Can in New York City. We first met in person during The Crossing’s November 11th appearance at Princeton University. It felt like a very auspicious meeting. We took a walk around the campus and sat down together for almost three hours, discussing everything from music and art to business and promotion and even our philosophical views on human development. From then on we remained in communication throughout the interview process.

“Most recently, I worked closely with Bill Murphy at Cantaloupe Music to help promote The Crossing’s recent release of John Luther’s ‘Canticles of the Holy Wind’ in Dolby 5.1 surround. This established a great relationship with the Cantaloupe team and led to a powerful collaboration with Bang on a Can All-Stars during Primephonic’s U.S. launch. Working together, we were able to show how contemporary ‘classical’ artists could leverage the power of digital technology to showcase their recorded catalog, build new audiences, and promote their ‘live’ events.

“I understand the many struggles and challenges, facing ‘live’ arts presenters and ensembles in the U.S. today. I want to further Donald Nally’s exceptional artistic vision by building an organization that will serve as a new model for ‘live’ arts in the 21st century. One thing that makes The Crossing unique has always been its strong commitment to its audiences and an awareness of how the arts can bring people together and change lives for the better. In this same spirit, I hope to integrate seamlessly The Crossing’s ‘live’ appearances and extensive recorded catalog with an engaging digital ecosystem that connects the choir with its audience and facilitates wider connections with lovers of contemporary music everywhere.”

For more information about The Crossing and its local concerts, visit www.crossingchoir.org.

Israeli conductor Lahav Shani made his podium debut with the Philadelphia Orchestra in a three-some of concerts March 22-24 in the Kimmel Center’s Verizon Hall. His program featured the Orchestra’s first performances of “Akbank Bunka” for trumpet & chamber orchestra by Christian Lindberg, the Suite from “The Firebird” (1919 version) by Igor Stravinsky, and the Symphony No. 5 in B-flat major, Opus 100, by Sergei Prokofiev.

Shani made a half-and-half impression Saturday evening. Although the Orchestra’s principal trumpeter David Bilger was the admirable soloist in the Lindberg, the piece itself is hardly worth mentioning once the listener has left the concert hall. Shani did the best he could holding the tricky piece together while supporting his soloist.

No one would ever even think of questioning Stravinsky’s place in the pantheon of 20th century composers. “The Firebird,” his ballet written between 1909 and 1910, was the first of three masterpieces composed for Sergei Diaghilev’s Ballets Russes. The others are “Petrushka” in 1911 and “Le Sacre du Printemps” (The Rite of Spring) in 1913. Many, like myself, are convinced that no other orchestral score written after “Le Sacre” comes close to equaling its brilliance.

Although nowhere nearly as distinctive as “Le Sacre,” “The Firebird” is a strikingly beautiful work, and Stravinsky captured its finest moments in the 1919 Suite he derived from the entire ballet score. Yet Shani conducted it without even approaching placing a personal stamp on the music. It merely came to an end on its last page rather than to a conclusion, let alone to a culmination.

Fortunately, Shani seemed to have gathered together his interpretive arsenal for Prokofiev’s Fifth Symphony. He held the sprawling score’s four extensive movements together with a firm yet supple hand. He highlighted the character of each one connecting the first through the final movement into one cohesive narrative. Along the way, he employed the Orchestra’s sublime strings to sumptuous sonic effect, led the woodwinds with choir-like dexterity, marshaled the brass with commanding brilliance and the percussion battery with scintillating glitter and booming thunder.

You can contact NOTEWORTHY at Michael-caruso@comcast.net. To read more of NOTEWORTHY, visit www.chestnuthilllocal.com/Arts/Noteworthy.