Dr. Tatar, whose business is called Merion Park Cheese, generally makes about 20 to 40 pounds a week. He was recently featured in a Channel 29 TV segment. by Len Lear Dr. Emiliano Tatar, a full-time … 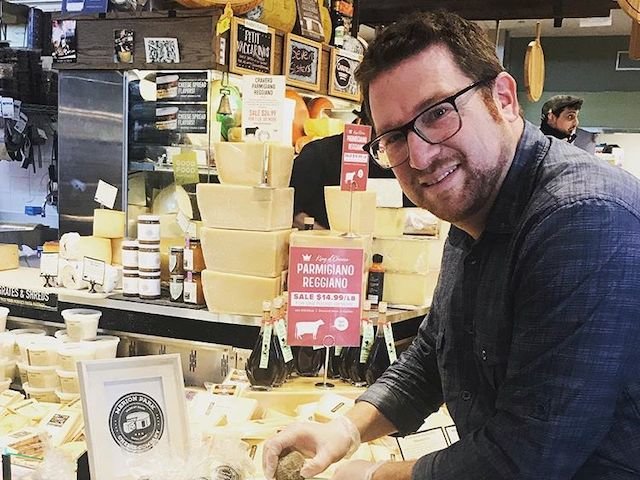 Dr. Tatar, whose business is called Merion Park Cheese, generally makes about 20 to 40 pounds a week. He was recently featured in a Channel 29 TV segment.

Dr. Emiliano Tatar, a full-time general pediatrician who until recently had a practice in Roxborough (he also worked in Mt. Airy and for Einstein Health), has learned that in life, you have to take the “gouda” with the bad; that the kind of cheese that best protects a castle is “moat-zarella”; that after cheese breaks up with its partner, it gets “provolonely;” and that any cheese running for president should use the slogan, “Make America Grate Again!”

By now you have most likely noticed a theme here, that Tatar, 45, is the cheese-iest medical doctor you could ever meet. Born in Argentina, he and his family moved to Israel when he was 3 and then to the U.S. when he was 8.

“There was and still is anti-Semitism in Argentina,” said the local physician, who is Jewish, “but we mostly left because of political instability and the military coup in 1976. At age 14, I moved back to Israel for high school, then IDF (Israeli Defense Force) and then to Philly, where I’ve been for the past 26 years.”

Tatar went to Temple University for his undergraduate years and Drexel School of Medicine for medical school, graduating in 2004. He served both his internship and residency at St. Christopher’s Hospital for Children in North Philly.

But Tatar is no one-trick pony. He and his wife, Lori, who is also a general pediatrician, have been nuts for cheese for years. You might even say they have always been “fondue” cheese. “We’ve always loved going to DiBruno Brothers, Claudio’s or the Chestnut Hill Cheese Shop and trying cheeses and charcuterie. I became passionate about cheese making when I tried it as a hobby about five years ago. It’s a beautiful and very rewarding craft.”

Thanks to books and websites, Tatar began experimenting with cheese making in his own suburban home in 2013, and the finished product garnered compliments from friends and family, so he considered turning it into a part-time business. His first customers were Pierre and Charlotte Calmels, owners of the center city French restaurants Bibou and Le Chéri. “They tasted some cheeses and told me that if I could make it according to regulations, they would buy some,” he said.

Thus encouraged, Tatar contacted the Pennsylvania Department of Agriculture. As a result, one of their inspectors visited the doctor’s house and gave him advice on how to build a creamery in the house that would meet federal and state rules and safety regulations. Tatar proceeded to set up an operation in a room with sanitary surfaces, sinks and a stainless steel table. Then he was faced with a Hamlet-like dilemma: “To brie or not to brie!” 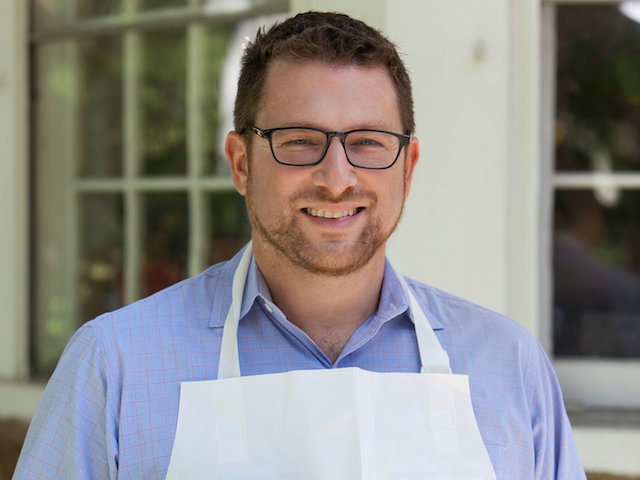 The most obvious question for Tatar, it seems to me, is this: There is so much good cheese around that is readily available. What prompted you to want to make your own?

“Once I made my first few cheeses,” he replied, “especially ones that are aged, I fell in love with the process. There are two main parts to the process: the actual making of the fresh cheese and then ‘affinage,’ the French word for aging and finishing. Affinage takes weeks to months. It’s very enjoyable to see something you’ve made with your hands slowly evolve into something ethereal.

“There certainly is no lack of great cheeses. It used to be a world dominated by European products, but over the past few decades, American artisanal cheeses have been winning accolades. Every artisan puts his/her own touch into the cheese he/she is producing. The milk and cultures and the environment specific to the artisan all come together to form a unique expression.”

Although Tatar, who is named for the legendary early 20th century Mexican revolutionary, Emiliano Zapata, makes cheese at home, it is in a physically separate, professional space in his basement, according to health regulations. He gets inspected quarterly under the same regulations as the bigger cheese manufacturers.

Tatar, whose business is called Merion Park Cheese, spends only two to four days a month making the cheese. Then every night he spends about 5-10 minutes brushing and aging them. He has been able to sell his cheese to DiBruno Brothers, especially the one at the Ardmore Farmer’s Market, Narberth Cheese Shop and Cornerstone in Wayne. He also sells it to upscale restaurants such as Bibou BYOB, Hungry Pigeon and (soon) High Street on Market. He generally makes about 20 to 40 pounds a week. He was recently featured in a Channel 29 TV segment.

He has also collaborated with Yoav Perry, a cheese-making guru. Last year they made a few batches of a rind cheese that was washed with rested gin from Manatawny Stillworks in Pottstown. That project is ongoing, and Tatar expects to revisit it this year. 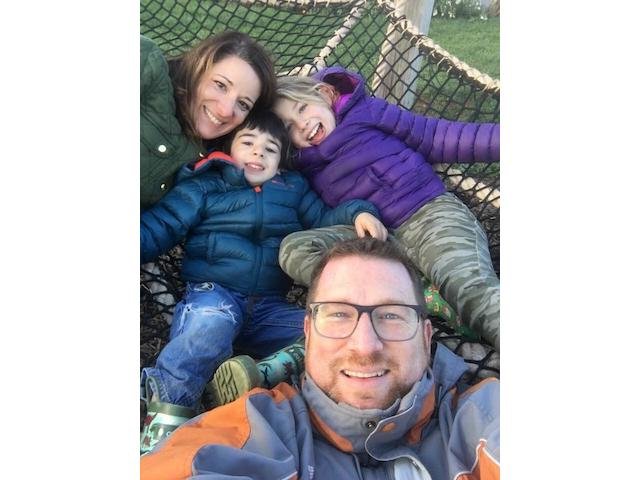 Dr . Tatar is not all work and no play. Here he and his wife, Lori, who is also a pediatrician, have fun with their children, Mia and Seth.

But how is it possible to have a medical practice and also run the cheese business and have a family life? There are only so many hours in a day.

“Luckily,” Tatar replied, “primary care pediatrics has great work-life balance. It’s certainly not an easy job, but it does allow me to stay home one day a week. I make the cheeses on that day while the kids are at school. The rest of the process is aging, which involves quick daily checks and small adjustments. I also try to pick cheese styles that are relatively low-maintenance.” (Is it true that the saddest cheese is really blue cheese?)

Which talent that the cheese-making doctor does not have would he most like to have? “I can't dance. At all. My wife loves to dance, so I think she would appreciate it the most.”

What is Tatar’s most impressive characteristic? “I guess I handle changes, big or small, well. Being an immigrant will give anyone that ability.”

In addition to his wife, who “has been incredibly patient and supportive of the cheese project and everything else,” Tatar lives with their children, Mia and Seth, “who love cheese and cheese humor.”

Then maybe they will like this one: Did you hear about the doctor who quit making cheese because he got tired of the daily rind?