He has been hospitalized 25 times: Hiller authors new book about his own mental illness

Lafayette Hill resident Michael Solomon has written a courageous book, ‘It Comes From Within: Living with Bipolar Illness,’’ about his struggle to overcome and accept his mental …

He has been hospitalized 25 times: Hiller authors new book about his own mental illness 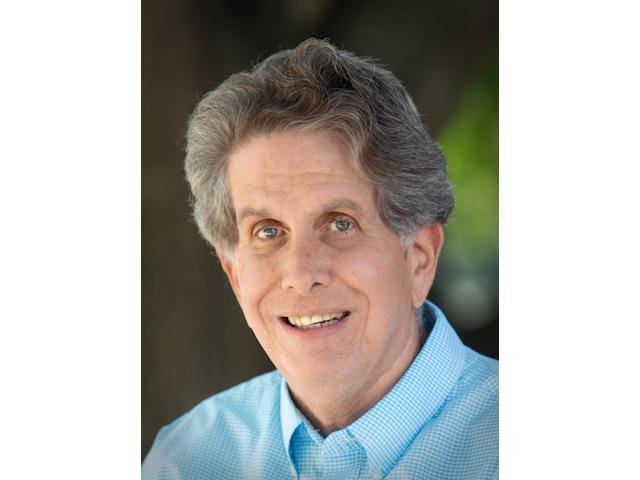 Lafayette Hill resident Michael Solomon has written a courageous book, ‘It Comes From Within: Living with Bipolar Illness,’’ about his struggle to overcome and accept his mental illness.[/caption]

Lafayette Hill resident Michael Solomon, 63, will host a release party for his new self-published book, ‘It Comes From Within: Living with Bipolar Illness,’’ at the Trail’s End Cafe in Bala Cynwyd on Saturday, Sept. 29, 1 to 3 pm.

The thin volume, only 66 pages long, recounts Solomon’s struggle to overcome and accept the mental illness that for years shattered relationships and upended his life. But that was before he resigned himself to taking the medications that stabilized and saved him.

“In layman’s terms, my brain won’t shut down to sleep without medicine,’’ he said.

Solomon's resignation has turned into acceptance — and a calling to help educate people about the disease and its ravages. “I’m on the planet to fight stigma,’’ said Solomon. “That’s why God put me here. And I’ve already reached a lot of people.’’

The book began as a diary when Solomon was treated at Bryn Mawr Hospital. He was first prescribed the drug Clozaril, which has given him the gift of emotional balance, at Horsham Clinic, a private hospital in Ambler.

“I still have to take it every single night, and that was the beginning of the journey to recovery,’’ said Solomon, whose last hospitalization was 16 years ago. He takes 200 milligrams of Clozaril every day and two milligrams of Klonopin to keep his illness in check.

Already an accomplished speaker on the subject of mental illness, Solomon is determined to get his message to a wider public. He hired health writer Gloria Hochman to help prepare his book for publishing. Hochman co-wrote “Brilliant Madness,’’ Patty Duke’s memoir on dealing with manic-depressive illness. The author met Solomon in the late 1980s when she interviewed him about his mental health struggle. In her foreward, she calls Solomon a “luminary in the self-help movement,’’ a compliment that makes the new author laugh out loud but that he nevertheless finds flattering.

Solomon’s descent into mental illness began during his freshman year at Boston University when a friend burned to death in an explosion at work. Up until then, he writes in the book, his “life was good, filled with love, sports and synagogue,” except for a football injury in high school at the age of 15.

His friend’s horrifying accident plunged Solomon into depression that forced him to leave college. Once back home in Mount Airy, he spiraled into bipolar illness, even though he didn’t know the name for it at the time.

“My thoughts kept racing beyond my control, and I couldn’t hold a conversation,’’ Solomon wrote in his memoir. “My words made no sense, and they tumbled over each other in a way that no one could understand. My high school friends abandoned me because I was acting so crazy. And my parents were mystified.’’

Alarmed, Solomon’s parents arranged his first encounter with a psychiatrist, who diagnosed him with depression and prescribed medication. It would be years before what he suffered from was diagnosed as bipolar depression, a disease that causes “cycling’’ emotions between manic highs and emotional lows.

Hospitalized 25 times due to the illness, Solomon credits the love from his parents and his wife, whom he married in 2007, with helping him survive and thrive. And despite his illness, he nevertheless managed to graduate from Villanova University with a degree in liberal arts.

“I had an amazing Jewish mother who died Jan. 30 of 2006,’’ Solomon said. In the book he calls his father, who died 20 years earlier in 1986 from cancer, his best friend and boss. His death led Solomon to spiral emotionally, and he ended an earlier marriage due to his illness.

He met his current wife, Judy, at the Har Zion Synagogue, where he has found staunch support and friendship. “Spirituality is the key that binds Michael and me,’’ Judy, a former teacher, writes in the book. “I come from a religious Jewish background and love and celebrate traditions … The friends we have made from our synagogue have been a source of caring and understanding.’’

Solomon calls his spouse “a great wife who’s very tough, which I need because I’m not easy to live with.’’

For 30 years, Solomon has given back to the mental health community, volunteering to counsel patients. He is employed to facilitate support groups for NAMI Connection Recovery Support Group in Montgomery County. He also teaches crisis intervention to police and rescue personnel in classes at the Montgomery County Emergency Services.

Solomon said the mentally ill have to contend with the stereotype that they are violent. In reality, he points out, the mentally ill are more likely to be victims of violence rather than perpetrators. His message for the mentally ill and their loved ones: “There is hope. No matter how dark things could be, there’s always hope.”