Recognizing that for most middle class Americans, home ownership is a primary source of wealth and stability, the congregation is focused on making sure their immediate Black neighbors are able to keep and maintain their properties. 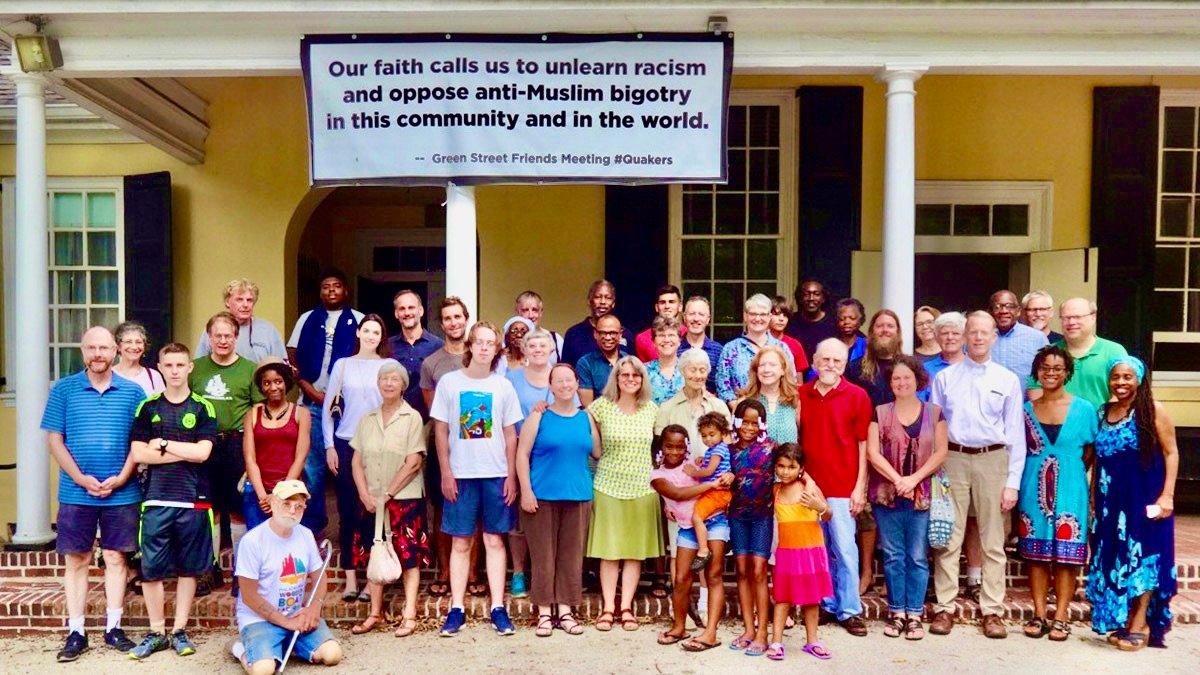 The Green Street Monthly Meeting of Friends has pledged to spend $50,000 a year for 10 years to assist Black homeowners in Germantown with issues related wills, deeds and titles.
Posted Thursday, May 12, 2022 10:23 am
by Len Lear

Reparations, or compensation for descendants of enslaved people in the United States, is a controversial subject that has been discussed and debated in some quarters such as academia for more than 100 years in this country.

However, after many years of discussions among their members, Green Street Monthly Meeting of Friends is pledging to spend $50,000 a year for 10 years, starting now, in what they have called reparations for Quaker involvement in American slavery.

While detractors of the idea have called it “too expensive” and “too difficult to administer,” Green Street Friends is taking a practical approach to the mission.

Recognizing that for most middle class Americans, home ownership is a primary source of wealth and stability, the congregation is focused on making sure their immediate Black neighbors - who are even now facing the stress caused by rising real estate values - are able to keep and maintain their properties.

Working with the nonprofit legal services agency, Philadelphia VIP, Green Street is holding a series of monthly clinics for Black homeowners in Germantown. The seminars offer instruction in estate planning, deeds and title issues that may challenge the legal right to property.

“Right now, 37 cases of Black homeowners in Germantown are being considered,” Lucy Duncan, a member of the Meeting's reparations committee, told us last week. “There is no 'means' test. Any Black homeowner in the area is eligible. Some of the money will be used to pay fines and back taxes on a case-by-case basis. Many Black Germantown residents do not have wills or deeds that are clear.”

Gabbreell James, a Black Quaker, Germantown resident and Green Street member, explained that in 2017 their meetinghouse had significant structural problems as well as flooding and no heat in the winter.

When a contractor gave them an estimate of several hundred thousand dollars for the repairs, most members thought they might lose the meetinghouse. But then one member said “Just pay it. We have the money.”

The windfall came from money and stock that had been left to the Meeting by members who had passed away, including one very significant bequest from a daughter of one of the founders of the GlaxoSmithKline pharmaceutical company.

“We were blown away,” James said. “We had no idea we had so much money. After we realized what we had, we began discussing what we could do with it all. We spent a lot of time talking about that. We welcomed more people into Green Street, especially young people and Black people. We discussed that Quakerism appeals to many different types of people, but Quakers are not appealing to many different types of people.”

James told us that an eight-member reparations committee formulated the plan to use the $500,000 for local Black homeowners and that “the whole Meeting supports the work of reparations.”

“Green Street's money came from white people who have hoarded wealth as opposed to the Black people who were oppressed to create that wealth,” said Eppchez Yes, a theater artist, musician, designer and member of the reparations committee. “So any Black person in our community who is suffering from economic disparity is owed this money, and we as a Meeting who have benefited from it and been able to accrue wealth owe this money. What matters is that we owe it, and our neighbors are owed.”

And he hopes they might turn out to be the beginning of a movement, he said.

“As a small group of volunteers, we don't want to stretch ourselves too thin. However, many other meetings and churches are seeing the work that we're doing and are feeling inspired,” he said. “We have received many messages about this and are excited to see what creative approaches other communities are coming up with to address the problems of systemic racial inequity, and work towards healing relationships in our neighborhoods.”

It may not be relevant to the $500,000 that the Green Street Monthly Meeting of Friends has pledged to Black Germantown homeowners, but one issue that has often been raised in discussions about reparations is: What about wealthy Black professionals, athletes, entertainers, etc.? Are they also entitled to receive reparations?

Lucy Duncan's answer: “If Beyonce or Jay-Z were impacted by slavery or its afterlives, had wealth stolen from their ancestors in the form of wage theft from being enslaved, or their ancestors were displaced by eminent domain or impacted by redlining, then why shouldn't they be beneficiaries of reparations? Why would their current wealth status exclude them?”

According to the results of a nationwide poll conducted in April 2021 by the University of Massachusetts Amherst, nearly two-thirds of Americans and 90% of Republicans oppose the idea of providing reparations to the descendants of slaves.