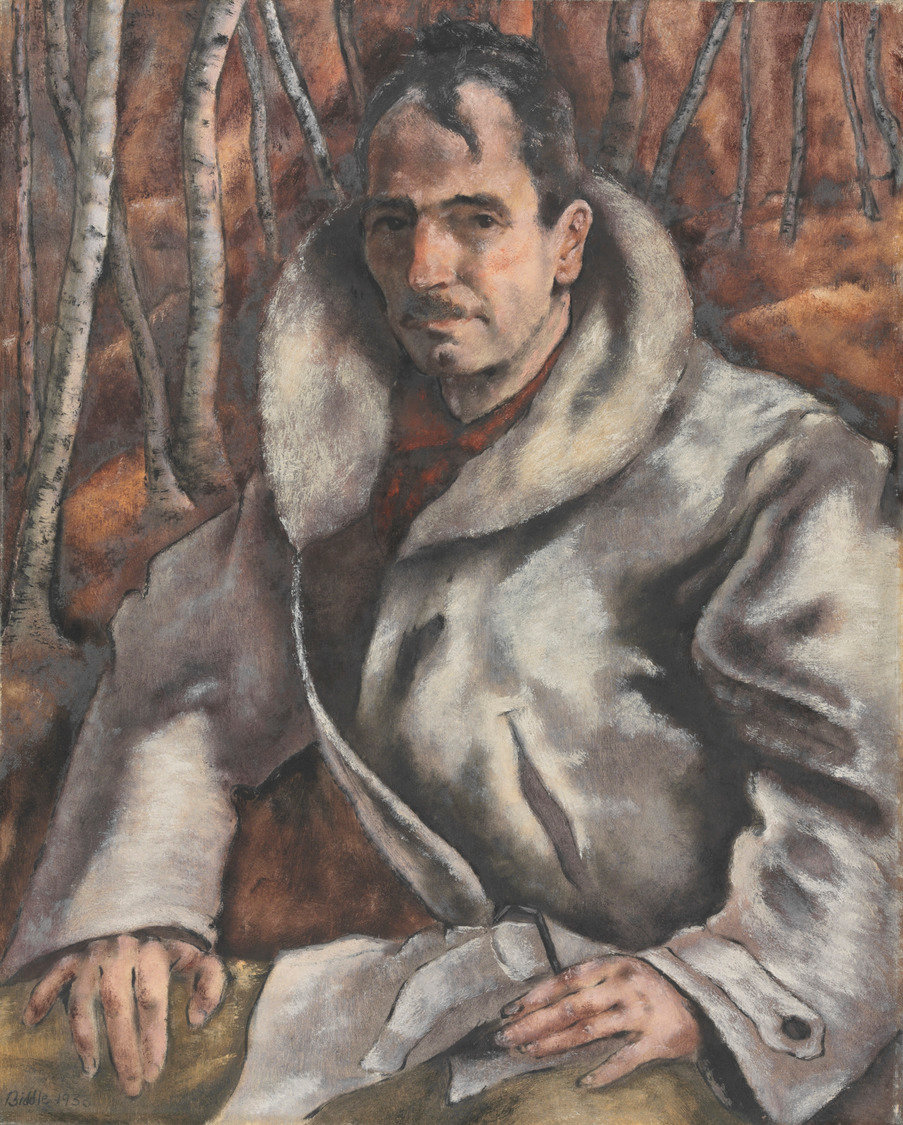 Detail of self-portrait, 1933 oil on canvas. 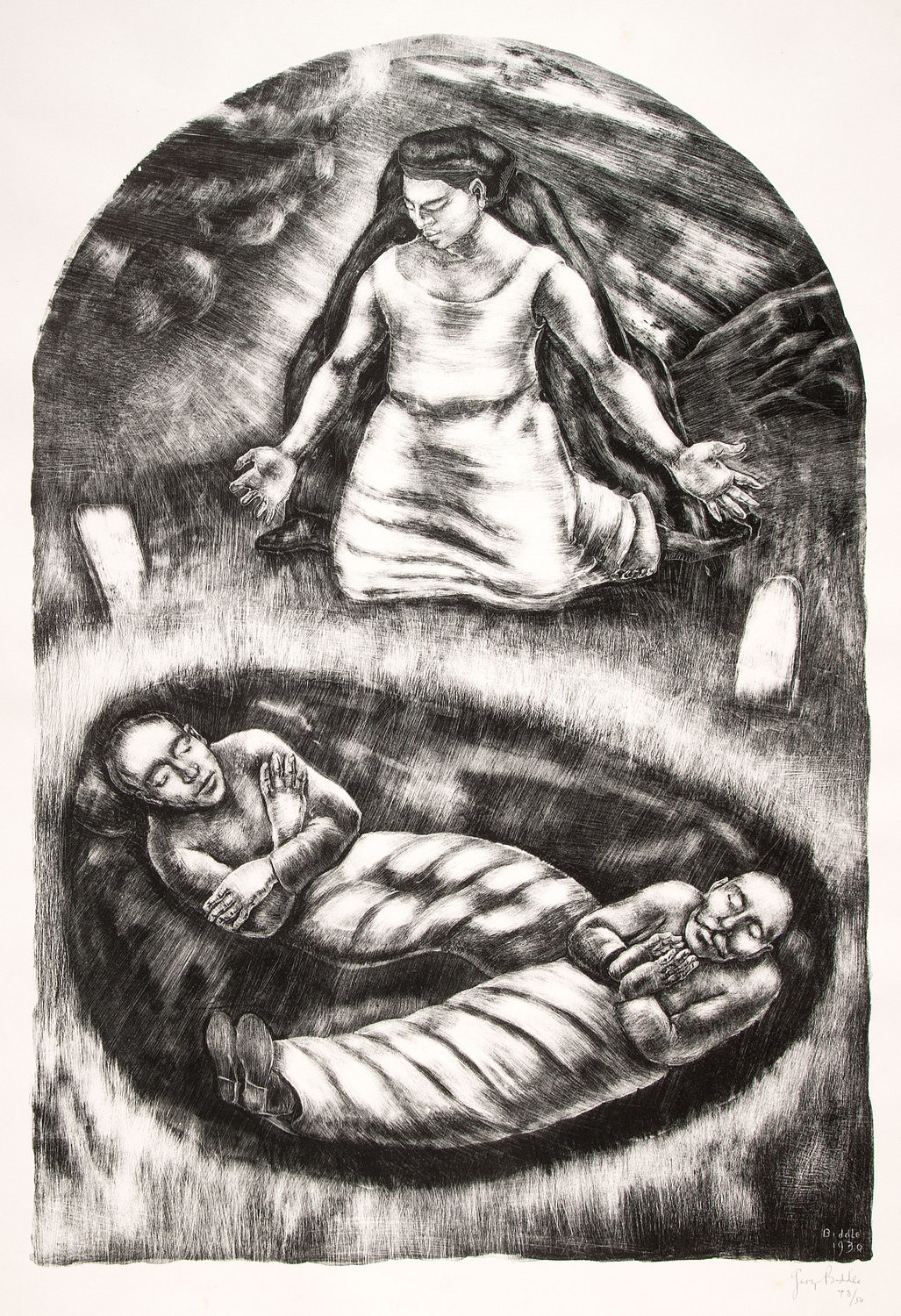 Detail of ‘In Memoriam: Sacco and Vanzetti, 1930 lithograph. 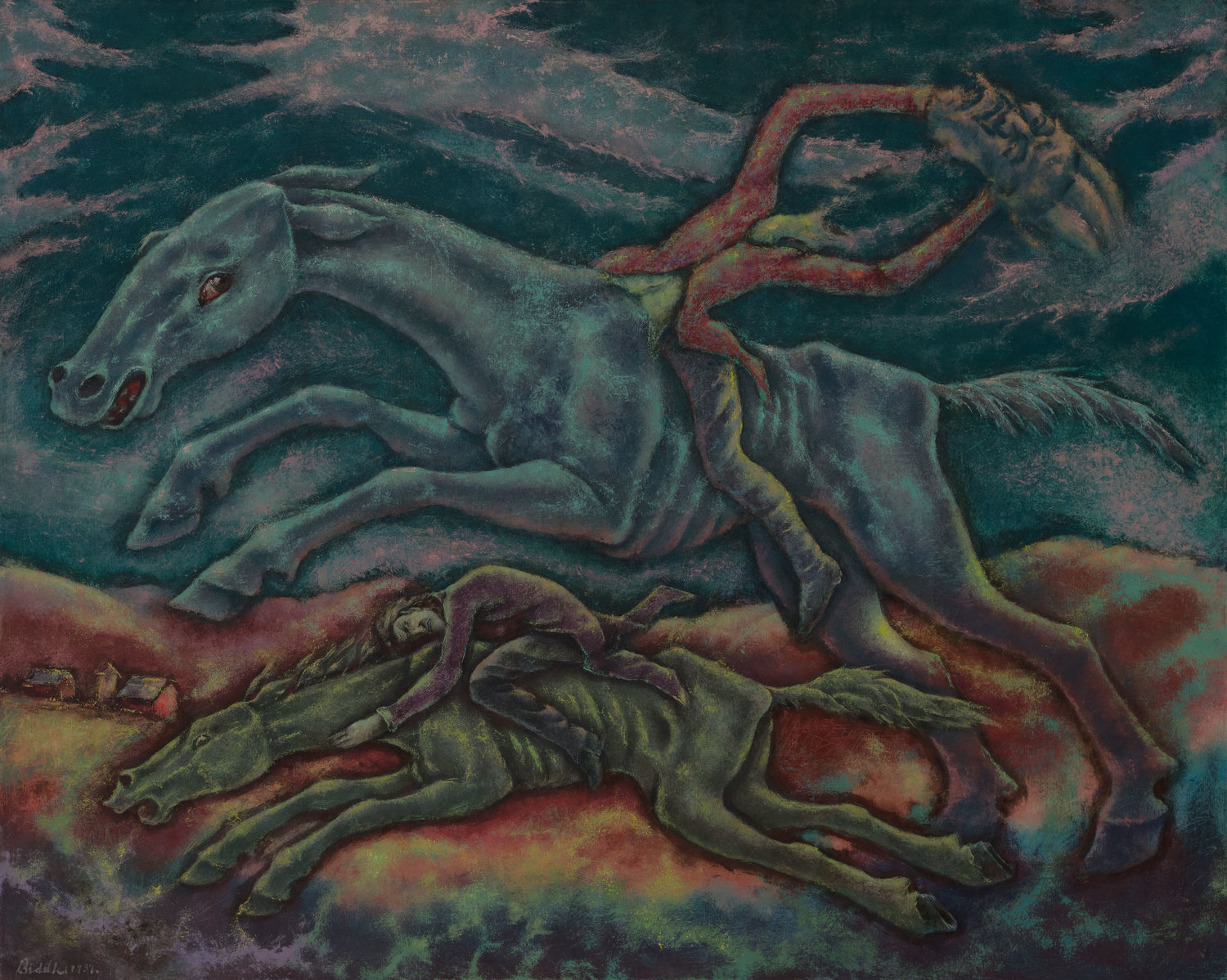 Detail of Headless Horseman of Sleepy Hollow, 1957 oil on canvas. 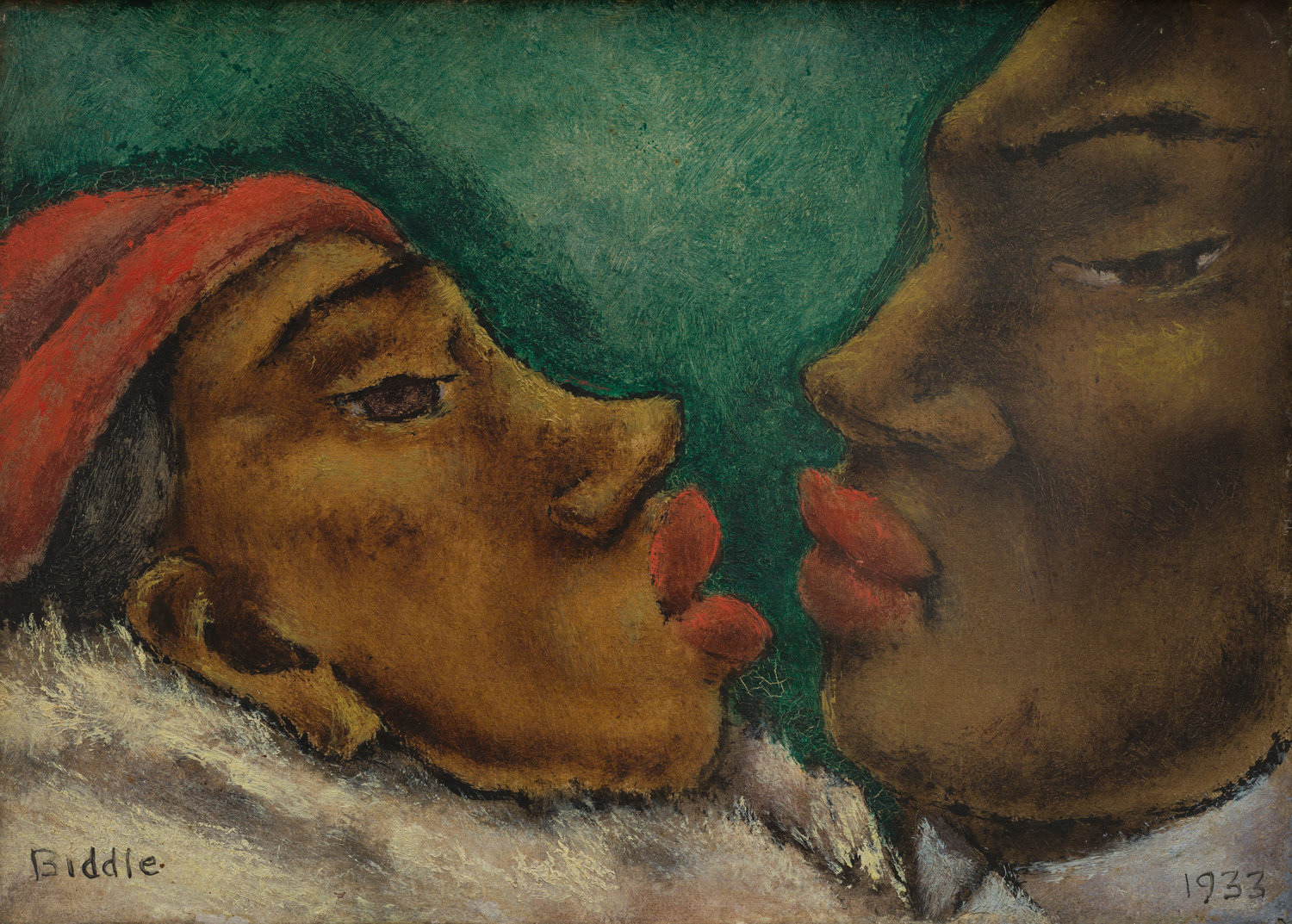 The Woodmere Art Museum’s newest show, George Biddle: The Art of American Social Conscience, which opens on Saturday, Sept 24, presents an impressive exhibition of one of Philadelphia's most important artists.

Born into wealth and privilege, Biddle lived a life of extraordinary access to people of power and influence, yet developed a distinctly progressive approach to his work, and life.

“Biddle was born into one of the most distinguished families of Philadelphia, and of the world, in fact, and he enjoyed all the privileges that generational wealth can bestow,” said Bill Valerio, director and CEO of the Woodmere and lead curator of the exhibit. “Yet he became one of the most culturally open and liberal artists of his generation.”

In a career that spanned the middle decades of the 20th century, Biddle interacted closely with leading luminaries of the art world as well as major figures in progessive politics, and he himself became a leading voice in American art. He had a front row seat to history - and participated in the important movements in the arts of his time.

In the earliest decades of the 20th century, Biddle was just old enough for artist and family friend Mary Cassatt to introduce him to Renoir, Degas, and the avant-garde of Paris. He attended the first exhibitions that gave the world Cubism and Futurism, and he attended the Armory Show in New York in 1913.

“When he goes to Paris, who takes him under her wing but Mary Cassatt, who was the only American artist at the center of the formation of French impressionism?” Valerio said. “She was basically queen of the art world. She was in a position to say, ‘oh, well, you need to meet Monet’. I think that is really what puts Biddle, a young man who’d gone to Groton [boarding school] and to Harvard, on this path, and realize that art really is his calling.”

Upon returning to the states, for a time Biddle became a New York bohemian, haunting the speakeasies of Greenwich Village and the jazz clubs of the Harlem Renaissance. He then went on to paint with the great muralist Diego Rivera in Mexico, where he learned very personally that politics can turn deadly.

“Here he was in Mexico, painting with Rivera while [Leon] Trotsky was in exile there,” Valerio said. “Then Trotsky gets assassinated by [Joseph] Stalin’s henchmen. He saw very clearly that Stalin was an evil and cruel dictator.”

According to Valerio, Biddle believed that art and creative thinking were the foundational ingredients of a fair and equitable society.

“In many ways, I think that Biddle represents the best of Philadelphia culture,” Valerio said. “While he himself was not Quaker, he lived a life of Quaker values - of tolerance, openness, and humility.”

It was Biddle who encouraged his schoolmate from Harvard, President Franklin Delano Roosevelt, to put artists to work in reviving the U.S. economy during the Great Depression. And then he served as a capable administrator in that initiative, participating in many federal committees that shaped the Works Progress Administration and other federal arts initiatives.

Biddle undertook his own projects in Brazil, Mexico, Haiti, Italy, Tahiti, India, and Hollywood (working with film director John Ford), and then became a war correspondent for Life and Look magazines during World War II.

Later, his drawings as a courtroom artist at the Nuremberg Trials are among the most intense works in the show, and they are gifts from the artist’s family to Woodmere.

Along the way, his friends George and Ira Gershwin invited him to illustrate the first publication of the libretto for Porgy and Bess, and while visiting India in the late 1950s, he made a portrait of the country’s first prime minister, Jawaharlal Nehru.

“But it opens the mind to the beauty of new ideas and to the questions of complicated histories,” he said.

The Sept. 24 opening is scheduled from 1 to 4 p.m. For more information visit woodmereartmuseum.org.