Chestnut Hill resident Nelson Diaz has chronicled his life in the autobiography “Not from Here, Not from There." 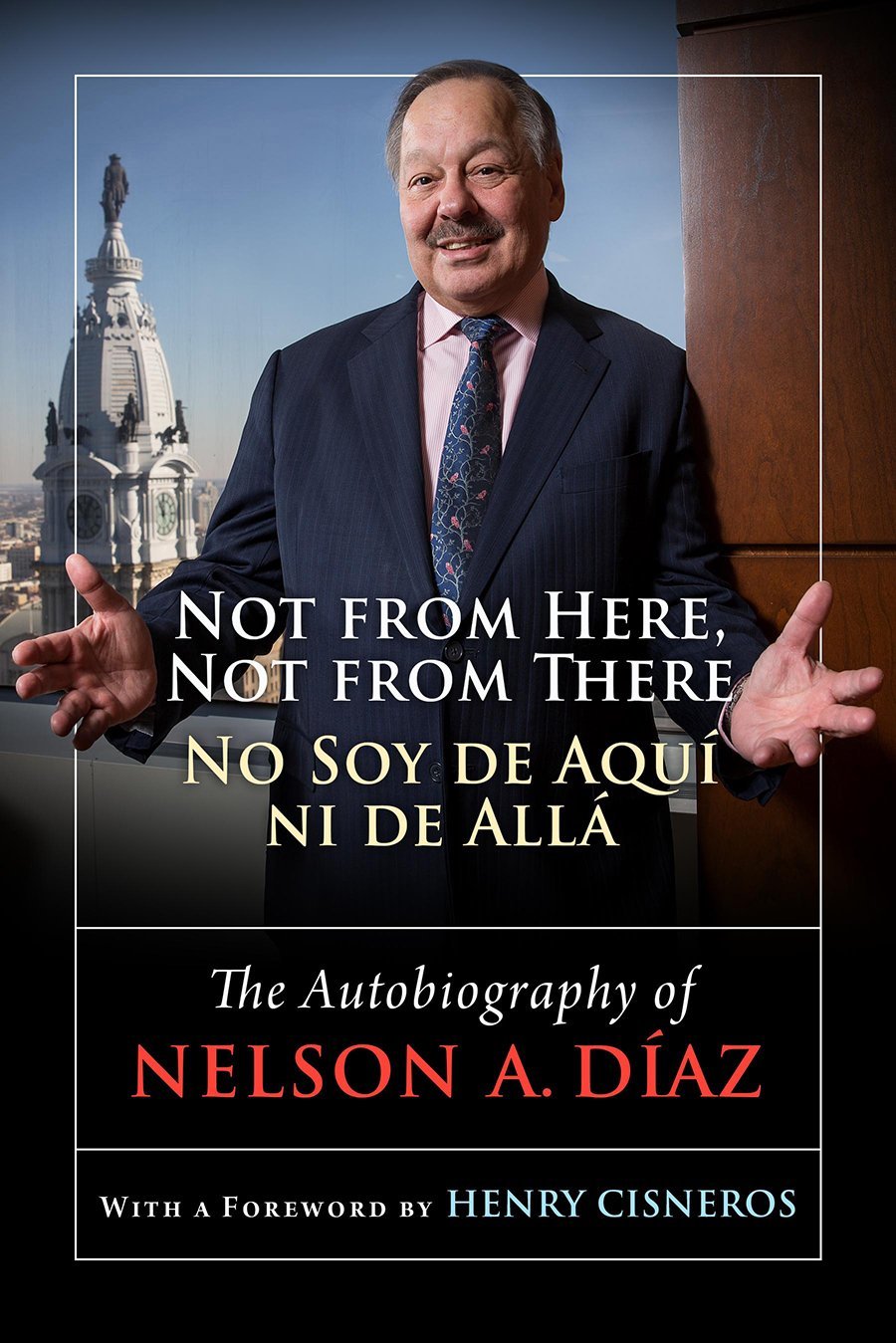 Nelson Diaz, of Chestnut Hill, tells the story of his ascent from poverty to high positions in government and corporate boardrooms in his autobiography, “Not From Here, Not from There" (Temple University Press).
Posted Thursday, September 29, 2022 12:00 am
by Len Lear

Chestnut Hill resident Nelson Diaz, who has chronicled his life in the autobiography “Not from Here, Not from There," may well be the first person to pop up on your screen if you Google “American Dream.”

Diaz, who has lived near Pastorius Park in Chestnut Hill for the last 23 years, was born into poverty in what he describes as a Bronx “tenement hell,” which was followed by public housing in Spanish Harlem.

His single mother, Maria, one of 13 children, spoke no English but had journeyed to New York by boat from Puerto Rico because she thought conditions there could not possibly be worse than in her native land.

While many of his contemporaries wound up victimized by “hardship, poverty, discrimination and exploitation,” Diaz said he was determined not to be treated as a second-class citizen, despite the fact that he was the victim of an attempted rape in a first-floor tenement hallway and that he would regularly “see muggings and shakedowns, violence and strife and people having sex in the very yard where I played during the day.”

But Diaz persevered. He graduated from St. John's University in New York and then went on to make history. In 1972, he became the first Latino ever to graduate from Temple University Law School. Five years later, he served as a special assistant to Vice President Walter Mondale after winning a White House Fellowship. He was elected to the bench in 1981, serving as a judge on the Philadelphia Common Pleas Court until 1992 and then became a lecturer at Temple University Law School, where he started teaching in 1983.

President Bill Clinton appointed Diaz as Housing and Urban Development general counsel in 1992, a post he occupied for four years. Then in 2001, he became Philadelphia city solicitor during the administration of Mayor John Street, serving for four years.

He was also a public defender early in his career, a member of several Philadelphia law firms and an appointee to several public interest boards.

His book tells the story of how he climbed out of poverty to sit in some of the most influential decision-making boardrooms in the country.

In an interview last week, Diaz said his family was part of the large migration from Puerto Rico that occurred in the 1950s.

“There was no preparation. Most of us were monolingual, and we clashed with white ethnics, like in 'West Side Story,’” he explained. “But a light bulb went off in my head at age 15. I knew I had to be proficient in English and learn the culture.

“Many Americans did not see us as equals,” he continued. “Even here I struggle with identity, which explains the title of my book. I am an American and a colonized person at the same time.”

Henry Cisneros, former U.S. Secretary of Housing and Urban Development, and Diaz' former boss, writes in the foreword to Diaz' book: “Diaz is more than a friend; he is my brother. It is impossible not to love as family someone who cares so deeply about values that too many public officials consider mere words and abstractions: values such as justice, fairness, equity, inclusion, integration and social mobility.”

According to Gloria Bonilla-Santiago, professor of public policy at Rutgers University- Camden, Diaz' book is “an easy-to-read, invaluable resource that's packed with insight. It provides a solid road map for all leaders who want to better serve their communities.”

One of the many interesting relationships Diaz said he had with public figures was with former Mayor Frank Rizzo, with whom he clashed on some issues.

“We were not friendly,” Diaz said, “but we had a polite, respectful relationship. In fact, when he switched parties to Republican and ran again for mayor, he called me and asked for advice.”

One of his most challenging experiences was his time as a public defender in the early 1970s, Diaz said.

“They needed a bilingual person in the public defenders' office,” he said. “It was a great experience to be a trial lawyer. You have to think on your feet. I found out that all defendants are innocent, according to them.

“You have to be ready for 10 to 12 trials within a short period of time - that experience actually made me a fair judge,” he said.

Diaz becomes particularly animated when the subject of Chestnut Hill comes up.

“Chestnut Hill is the best community I have ever lived in,” he said. “We never lived anywhere else more than 11 years. There is nothing like Chestnut Hill. I go to Pastorius Park because I enjoy watching all the dogs. I love dogs, but I am allergic to them so I can't have one.”

Diaz and his wife, Sara, who is also a lawyer, were both Democratic committeepeople in the 9th ward, 10th division, for 20 years.

“It's a great way to meet neighbors,” Diaz said, who is now retired. “Retirement to me doesn't mean idleness. I'm still very busy going around the country to conferences.

“But it is great to get away from pressure and do what you want.”

For more information about “Not From Here, Not From There,” visit tupress.temple.edu. Len Lear can be reached at lenlear@chestnuthilllocal.com