From horrific poverty and abuse to doctorate degree

Lorenzo Woodson, who grew up in extreme poverty, has earned a doctorate degree in Human Services/Counseling and is a clinical practitioner specializing in Autism, spectrum disorders, trauma, etc. He …

From horrific poverty and abuse to doctorate degree 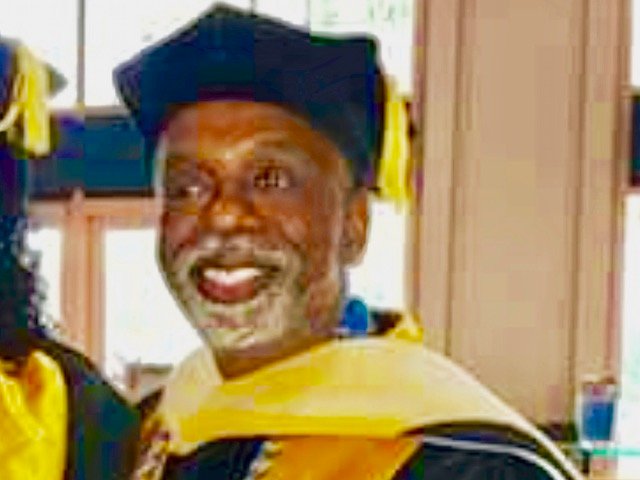 Lorenzo Woodson, who grew up in extreme poverty, has earned a doctorate degree in Human Services/Counseling and is a clinical practitioner specializing in Autism, spectrum disorders, trauma, etc. He is a behavior specialist licensed by the Pennsylvania Board of Medicine as well as a mobile therapist.

Every decent person loves a story about someone overcoming huge obstacles, deprivation, poverty, abuse, etc., to become a success not only for himself but in enabling him to help other people. I do not think I have across a better example of this uplifting phenomenon than Lorenzo Woodson, 55, a longtime resident of Germantown and columnist for the N.W. Philly Local. (That is not the Chestnut Hill Local.)

Earning a doctorate degree in any field, as Woodson, 55, did in 2017 (Walden University in Minnesota, a Doctorate of Philosophy with a Concentration in Human Services/Counseling), takes many years of hard work, financial expense, personal sacrifices of all sorts and intellectual acumen, which make it an even more astonishing achievement for Woodson, considering the horrific abuse and neglect that surrounded his early life.

Woodson was the fourth male out of six children, born Feb. 22, 1964, to Claudel Anderson and Charles Woodson.

“To this day I am not sure who my biological father is,” he said. “It was the Catholic Archdiocese that told me later in life that they thought I was born in Philadelphia. They were the social service agency that placed me in foster care in 1968. As an infant, much of my time was spent alone, hungry and dirty with no responsible adult around.

“I recall living in several different places in Philly. I would spend a couple of days with my grandmother before she would begin arguing with my mother for being irresponsible and neglectful of her children. My mother would get angry and take me with her, leaving us alone for days while she did whatever it is that she did. As an adult, I never got the chance to see her before she passed on. I don't recall receiving much positive attention from my mother.

“As for my alleged father, there was no visual, emotional or physical attention. In fact, I do not recall seeing him at all. While in foster care, I did receive birthday cards with money in them. Usually they would be delivered by a social worker. The cards would say from Charles Woodson, never using the word dad. As a toddler, I recall seeing many different men with my mother, but none of them ever showed me attention. The result was my disbelief about who my father really was.

“At 3 years of age, I recall living in a house that was dirty, infested with roaches and mice, and the bathroom was always filthy. There was no food in the cupboard, and strangers were always walking through the house. The front and back doors were always unlocked and open. I remember my sister and I were left alone most of the time.

“Once when she was about 2, it felt like we had been left for several days without food. I was very hungry and remember going through a drawer in my mother's room. The only thing I found was cocoa butter, which I did eat. I even began lighting matches for what reason I cannot recall, but thank God we did not set the house on fire.”

Despite these mountain-sized obstacles placed in his path, Woodson managed to graduate from Delaware Valley Preparatory High School in 1982, Community College of Philadelphia in 1987 with an Associate Degree in General Studies, Lincoln University in 1989 with a B.S. In Early Childhood Education, Lincoln University in 2009 with a Master's Degree in Human Services (Counseling) and Walden University in Minneapolis, Minnesota, with a Doctorate of Philosophy (concentration in Human Services/Counseling) in 2017.

The subject of Woodson's doctoral dissertation was “Teacher and Student Demographic Variables Which Predict Teacher Referrals of Males for Special Education Evaluation.”

What is it that has enabled Woodson to overcome a horrific childhood and achieve such a remarkable transformation?

“An internal fear of failure and being alone instilled in me a sense of self-determination and grit,” he said. “Many failures taught me to listen, watch and learn from my mistakes, and through this process I developed a keen sense of intuitive intelligence and emotional intelligence. I was able to apply my life lessons and failures in a positive way to improve my thinking and actions … I turned the negative experiences that produced anger and abandonment in my childhood situation into the pursuit of education, which I was determined to achieve my way and give me an independent livelihood.”

Since 2013, Woodson has been the CEO of the Educational & Behavioral Consulting Services, LLC, which provides treatment plans for improving skill deficits or behavioral challenges for children and adults diagnosed with Autism Spectrum Disorder/developmental disabilities. They have provided occupational and speech therapy and more for special needs children in numerous schools in Philadelphia and Montgomery County.

With all of his experiences with young people today, Woodson is actually optimistic about their future.

“I see younger folk learning the truth about other cultures,” he said, “which allows for empathy and activism when they see adults fermenting old stereotypes and distorted worldviews about their friends. There is a new generation emerging, and it is much more humane, with many knowledge seekers and change agents. Many adults like to think of these times as dark and scary while thinking young folk do not have what it takes to run the world. But this is far from the truth; we should not demonize the children of today.”