From Communism to wealth-building classes in Mt. Airy

From Communism to wealth-building classes in Mt. Airy 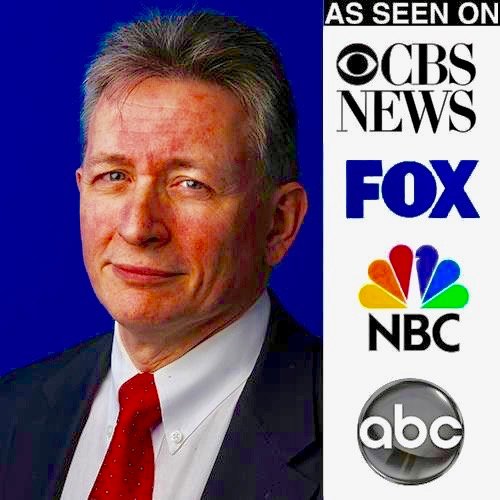 Paul Mladjanovic, a financial expert who has authored several books on investing and spoken about investing during numerous TV appearances, will be teaching three classes for MALT, two of them online, during the first week of November.
Posted Wednesday, October 27, 2021 6:00 am
by Len Lear

Mladjanovic, a Certified Financial Planner who has appeared on NBC-TV, Fox, ABC-TV and CBS News will be teaching classes on investing online Nov. 1 and 3, and also at the United Lutheran Seminary on Germantown Avenue on Nov. 6. He has written six “Dummies” books on investing, as well as the “Job Hunter’s Encyclopedia” and “Zero-Cost Marketing,” and has created downloadable audio and video seminars on the subject of wealth-building.

Mladjanovic recently told the Local that he is passionate about capitalism because he was born in Communist Yugoslavia, where shortages of most consumer goods were commonplace and wealth-building was impossible for everyone except the highest ranking members of the Communist Party.

“Coming from an impoverished country,” he said, “I was fascinated with personal prosperity in America. I wanted a career where I helped people with their prosperity. When I saw the Certified Financial Planner designation, I knew it was exactly what I wanted to do with my life.”

Mladjanovic came to the U.S. from Yugoslavia as a child in 1963 and grew up in Hoboken, New Jersey, until he married and moved away in 1993. He graduated from Seton Hall University in 1981 and became licensed as a financial planner in 1985.

Mladjanovic also has taught adult education courses at venues such as Colorado Free University and financial conferences at Seton Hall University. In these classes, his basic approach is that wealth-building is a two-pronged approach: passive and active.

“Passive wealth-building,” he explained, “is having your assets work for you to build prosperity (stocks and mutual funds), while active wealth-building is where you deploy your time and effort in an active pursuit of building wealth. This includes having a job or running your own business, either full-time or part-time.” What are the most common mistakes small investors make? “Not getting educated early on, but with discipline, you can invest small sums over time. Even small investors can achieve a six or seven-figure net worth by the final years of their careers if they just learn and apply themselves with regular disciplined investing.”

Why is it that so many Americans, even those with good incomes, have so little saved and invested wisely? “It is because they spend too much of their time and money on consumption and consumer goods versus putting money into those things that appreciate and grow over time.”

It is certainly possible in the U.S., even now that savings and checking accounts and even CDs are paying next to nothing in interest, for a middle-income person to build a fairly sizable portfolio over the years, Mladjanovic said.

“For starters,” he said, “invest in the stocks of dividend-paying, profitable companies that sell goods and services that people will continue to need and buy for the foreseeable future. I refer to this as 'human need' investing. Buy stocks of leading companies in areas such as food, water, and utilities. Index funds are an acceptable part of many portfolios, but my preference is Exchange Traded Funds that reflect the S&P 500.” (ETFs offer diversified, low-cost and tax-efficient access to the world’s investment markets.)

“Many dividend-paying public companies have dividend-reinvestment programs where small investors can start participating for as little as $25 or $50. Make it a disciplined habit of investing in several dividend-reinvestment plans of companies in areas such as food, water, utilities, etc., a little every month. As stocks appreciate and raise dividends, you will be surprised at the size of your holdings after a few years. Investing done right is usually successful, but speculating with risky vehicles such as futures and options can be difficult, especially for those not prepared for the risks and volatility.”

For more information, call 215-843-6333 or visit mtairylearningtree.org. Len Lear can be reached at lenlear@chestnuthilllocal.com