Katie and her band – Grant MacAvoy, Lenny Pierro and Madison Rast – are seen at MorningStar Studio in Ambler during a recent recording session. (Photo by Linda Johnson)[/caption] by Len Lear If … 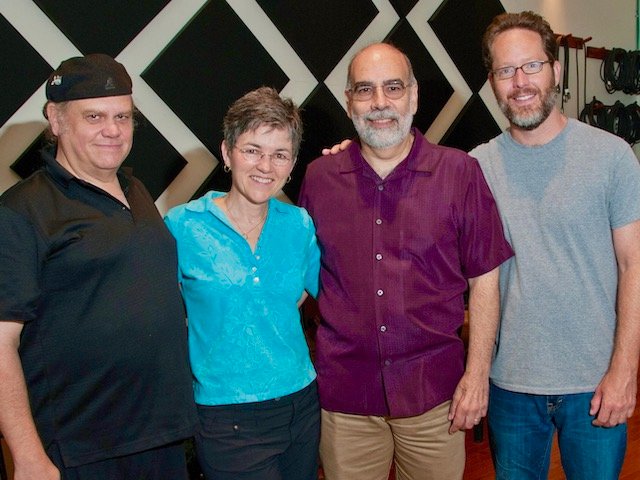 Katie and her band – Grant MacAvoy, Lenny Pierro and Madison Rast – are seen at MorningStar Studio in Ambler during a recent recording session. (Photo by Linda Johnson)[/caption]

If we are lucky, the success of two superb current movies about two of our greatest pop singers, Judy Garland and Linda Ronstadt, will spur a revival of The Great American Songbook, the classic American pop music by composers like George Gershwin, Irving Berlin, Harold Arlen, etc., and performed by such stylists as Ella Fitzgerald, Frank Sinatra, Bing Crosby, Sarah Vaughn, Tony Bennett, Perry Como, Andy Williams and so many others.

If you are one of those who still love hearing that music in person, not just in elevators, then you would definitely enjoy hearing the interpretations of these modern classics performed by Katie Eagleson of Flourtown (a 22-year resident), who has been singing professionally in the Philadelphia area for over 30 years.

Fellow musicians, as well as listeners, often comment on her great pitch, diction and ability to swing. At the same time, her voice has often been described as "soulful." Although Katie studied music and voice at two colleges and privately, her real training began in the family station wagon.

"My earliest memory is riding in the car with my mom, singing along with the radio, to a Patti Page song called 'Let Me Go, Lover,' except I was singing 'Ging Ging Go, Gover' because I was two," recalled Katie in an earlier interview. "My mother taught me and my sisters a lot of songs that we could sing in harmony."

Katie, the youngest of seven children, has no children herself, although she does have 18 nieces and nephews and 25 great-nieces and great-nephews. She graduated from Ravenhill Academy in Germantown and then attended several colleges.

"I just took courses wherever I was living," she said. "France, Miami, Colorado Springs, and then locally I went to Montco, University of Penna. School of Nursing, Neupauer Conservatory of Music and Temple. I majored in nursing, anthropology and music, of course not all at the same time and not to completion. I guess you could say I've had many interests, although singing has been a lifelong one."

Eagleson, who often performs with her husband, Lenny Pierro, and local musicians Madison Rast and Grant MacAvoy, has gigs coming up at Meadowwood in nearby Worcester on Nov. 20 and Jenner's Pond in West Grove on Nov. 21.

“I like to sing songs that tell some kind of story or at least reflect that the lyricist was taking his or her job seriously,” Katie told us last week. “When I add a song to my repertoire, I spend a lot of time with the lyrics … reading them with different emphases and inflections to make sure I choose the interpretation that most resonates with me.” 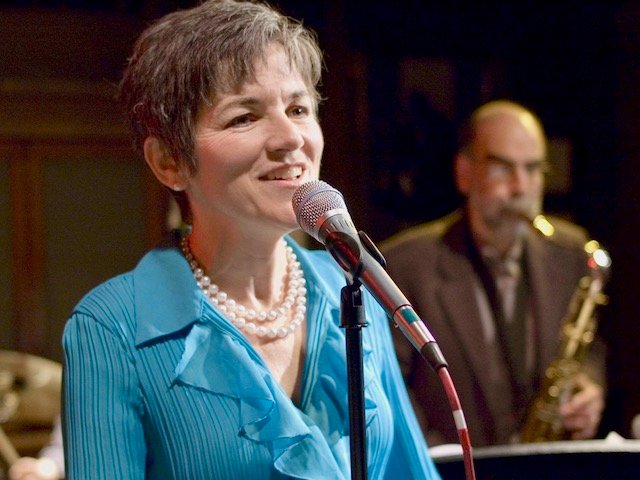 Katie Eagleson, who has lived in Flourtown for 22 years, has been singing professionally in the Philadelphia area for over 30 years.

In the mid-'80s, Katie, now in her mid-60s, met Pierro, a native of Bristol, Bucks County, while playing in a band together. A few years later they began working as a duo and in small ensembles at hotels and restaurants in the Philadelphia area, most notably a two-and-a-half year run at "Between Friends" restaurant at the Wyndham Hotel. They have also done numerous shows at social clubs, libraries, retirement communities, the Lifelong Learning Series at Temple University in Ambler and at the Centre for the Arts in Bristol.

In May 2007, Katie released her debut CD, "Once Upon A Time" recorded at Grammy Award-winning MorningStar Studios. "Making a record was really a milestone in my life and my career. It's been challenging and exciting to record my interpretations of these songs with such great musicians. I appreciated every minute of the experience." She has recorded three more full-length CDs, the last one in 2017, which was a Christmas album called “That Christmas Feeling.”

Eagleson also has been teaching voice since 1988. She teaches about 20 students at DeLuca Music in Hatboro and eight students in her Flourtown home. She also walks on Forbidden Drive quite often and is a member of Morris Arboretum.

“I consider myself quite lucky to have such beautiful outdoor places so close to home,” she said. “In fact, the photo on our first album cover, ‘Once Upon A Time,’ is of the covered bridge on Forbidden Drive, and Lenny and I named our record company ‘WalkingPath Records’ because so many of our musical plans and ideas have been concocted while walking through the Wissahickon.”

When asked what she considers her greatest achievement, Eagleson replied, “When you asked me this question a couple of years ago, it was three weeks after my 100-year-old mom had died, and I said that my greatest achievement had been taking care of her for the last few years. Now, two years down the road, I’d have to say the same thing … And I know I do some good with my teaching because it can affect kids’ lives in a positive way. I recently started teaching a girl whose choral director at school turns out to be a former student of mine. Another of my former students started a theater company, so I know she’ll be affecting kids’ lives in a positive way going forward. It just keeps going. Or at least I can hope it will.”

For more information, visit KatieEagleson.com. Len Lear can be reached at lenlear@chestnuthilllocal.com