The band Conjunto Philadelphia, none of whose members are actually Cuban, will initiate the free 2019 Pastorius Park Concert Series on Wednesday, June 12, 7:30 p.m., with a night of infectious Cuban … 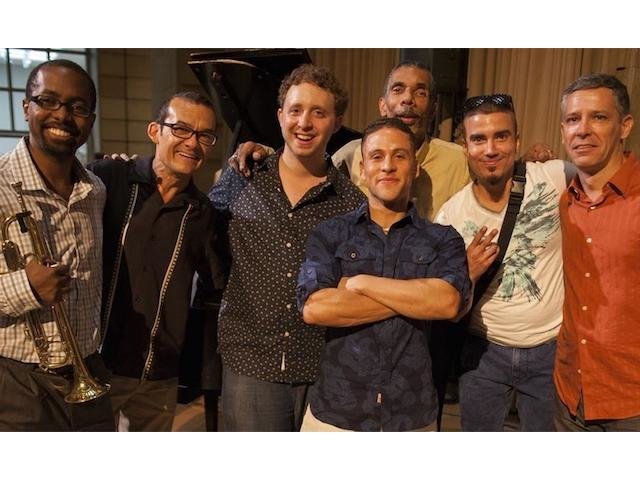 The band Conjunto Philadelphia, none of whose members are actually Cuban, will initiate the free 2019 Pastorius Park Concert Series on Wednesday, June 12, 7:30 p.m., with a night of infectious Cuban music.

When the band Conjunto Philadelphia launches the free 2019 Pastorius Park Concert Series on Wednesday, June 12 at 7:30 pm, they will transport the audience back in time to the golden age of Cuban music.

“People are going to hear rhythms and melodies that are timeless,” said Jeff Torchon, the band’s founder and musical director.

He explained that most people are familiar with salsa and Latin jazz, but the Cuban music played by Conjunto Philadelphia brings the audience back to the roots of it all.

“Basically, the word ‘conjunto’ means ‘band’ or a joining together of musicians,” Torchon said. “We model our music on the music from Cuba from the 1930s, ‘40s and ‘50s. A lot of the bands in Cuba, especially in the late ‘40s and ‘50s, had ‘conjunto’ as the first part of their names. We’re playing this music as a tribute to them.”

What will people who have never seen or heard Conjunto Philadelphia experience when they come to the concert?

“My hope is that the music will transport folks back to that era” Torchon said. “The nostalgia factor is definitely there. I would argue that even if they’re not familiar with Cuban music, they’re going to hear things and say ‘I’ve heard that before … I know that tune’ because there’s such a connection between American jazz, pop, classic rock and Cuban music from this time period. There’s no way you can never have heard this music before.”

How did Jeff become so passionate about Cuban music? It all started in January, 2010, when he saw the documentary “The Buena Vista Social Club.” That is the name of an album that was recorded and released in 1996. Rock musician Ry Cooder traveled to Cuba looking for singers and music that had largely been forgotten. He gathered the musicians together, and the recording they made sold more than a million copies and won a Grammy Award for Best Tropical Latin Performance. A documentary film followed a few years later.

“Something about the music just pulled me in. I decided on a whim to put this music together, to take the tunes from the Buena Vista Social Club and perform them at Chris’ Jazz Café in center city. But I needed a band,” he said.

Jeff had already made up charts with notations for the music, so he took the charts and went in search of a band.

“I just asked people that I knew and had played gigs with. I looked for folks with jazz chops who could read these charts and give it a shot,” he said.

When Jeff started the band in 2010, he was also finishing up his last year as an undergraduate student at Temple University. He received a grant from Temple to do summer research and went to Miami to immerse himself in Cuban culture and music.

“That was my stepping stone to eventually get me to Cuba a few years later,” he added.

The band released its first album, “Conjunto Philadelphia,” in January. It was recorded at Stride10Nine Studios in Havertown.

“It’s a studio in the engineer’s house, so we set up in his living room and recorded straight to tape, not something many people do these days. We … transferred it to digital to do last-minute tweaks before we brought it to CD. That’s as close to an authentic ‘50s recording as you could get. We didn’t over-dub and all that stuff.”

Jeff has been to Cuba five times and has a sixth trip coming up in July.

“While there, I’ll do a concert or two with Cuban musicians, so it’ll be a people-to-people opportunity for cultural exchange,” said Jeff, an Ardmore resident who teaches 6th and 7th grade music, Middle School Jazz Ensemble and Upper School Jazz Band at Germantown Friends School.

“This hasn’t been a hobby for me,” he noted. “I wrote my master’s thesis at Temple on the cha-cha-cha and then infused that into the band. I’m not Cuban, and nobody else in the band is either. We try to do the music justice, though, and pay tribute to the incredible musicians and culture.”

To learn more about the band’s music, visit its website. In the event of rain, the show will move to Springside Chestnut Hill Academy’s Chapel at the Inn, 500 West Willow Grove Ave. The free Pastorius Park Summer Concert Series is supported by the Chestnut Hill Community Association and the main sponsor, Chestnut Hill Hospital.