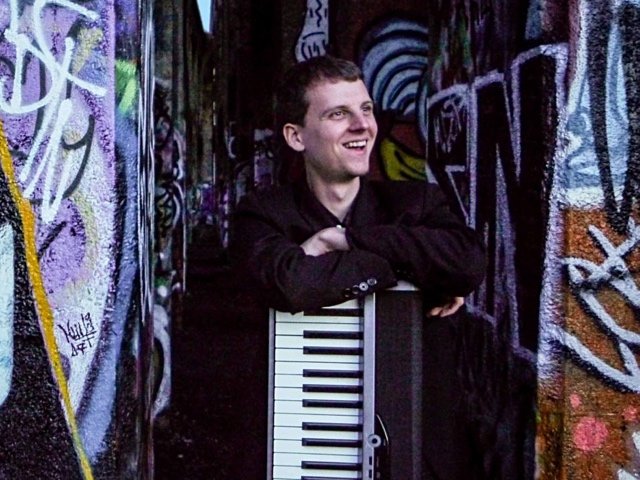 Everyone who has been around Chestnut Hill for a while is likely aware of the free Pastorius Park summer concerts, sponsored by the Chestnut Hill Community Association, the longest running outdoor concert series in Philadelphia, which celebrated its 71st anniversary this summer.

But I'd be willing to bet that very few Chestnut Hill residents are aware of the Pastorius Community Garden Free Summer Concert Series, which will be wrapping up its third season of live music in the gardens at 10 E. Pastorius St. in Germantown with five local musical acts this Thursday, Sept. 19, 7 p.m., as well as lots of vendors. The event is children- and pet-friendly (leashed).

The concerts, which take place each third Thursday of the month from May to September, feature music of many genres, snacks and veggies directly from the garden and fruits from the orchard.

According to Julian Hartwell, 30, of Germantown, who founded the musical series with his brother, Paul, 33 (both are musicians), “Our mission, in addition to the music, is to increase access to locally grown affordable nutrition, provide educational opportunities in organic vegetable and fruit production and create a green space where our neighborhood may come together to share their stories, recipes and seeds.”

Julian and Paul were born in Alabama and Massachusetts, respectively, but Paul graduated from Temple University in 2012 with a degree in Spanish, and Julian graduated in 2014 with a BA in jazz performance from Temple, where he is now an adjunct faculty member, teaching piano classes and more. Paul plays electric bass and guitar.

The brothers have performed at Chris' Jazz Cafe, World Cafe Live, Warmdaddy's, Rittenhouse Soundworks, the old Tritone and Performance Garage, various college campuses, festivals and private and public venues in and around the city, either as sidemen for other projects or with the Julian Hartwell Project.

Julian plays traditional jazz, but he most prefers to play his own original music, which he described as “a fusion of straight-ahead jazz, funk, soul and R & B influences, to name a few.” When they play as a duo, they perform mostly their original material, sometimes with a jazz standard thrown into the mix. 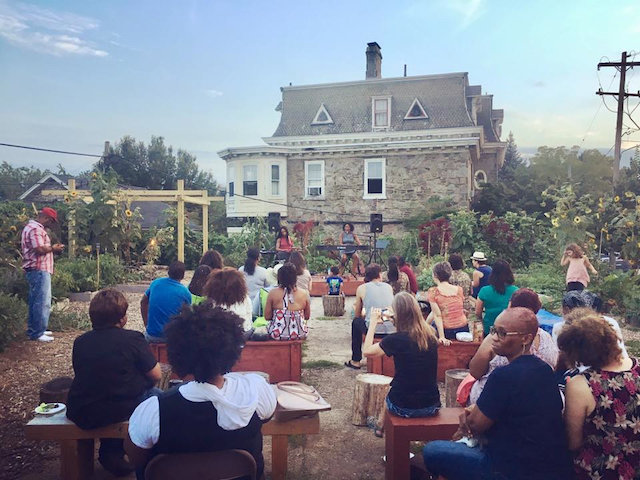 The last concert of the third season of live music in the gardens at 10 E. Pastorius St. in Germantown will take place this Thursday, Sept. 19 at 7 p.m.

Their first musical event in the Pastorius Community Garden was a Fall Harvest Festival they hosted around Halloween of 2016.

“We gathered neighbors for grilling and pumpkin painting, and Paul and I performed,” said Julian. “It was very small and informal. You could say this kind of planted the initial seed for the music series because we saw the potential for utilizing the garden as a new community space for local culture in an area that sorely lacked similar venue spaces.”

The brothers decided they would take a stab at featuring local artists and other friends, performing once a month during the summer of 2017 with no budget and little to no previous experience in event production. Then, before the first series got underway, with the help of a skilled carpenter neighbor, they all got together to build a proper stage for the garden. In 2018 they received financial support through a community improvement grant from Germantown CDC, and they have also been supported by Men Who Care of Germantown since their founding.

“If people are Germantown residents, we think they've at least heard of us by now,” said Julian, “but most Philly residents always ask just where exactly we are, since we're a little off the main drag of Germantown Avenue and not entirely visible streetside.

“We always try to program a good balance between up-and-coming and more established names, not to mention providing a platform for young talent emerging from Germantown. Most acts are generous with their time and talents, especially if they're our friends.”

The Hartwell brothers emphasized that the community garden is just as important as the music.

“Culture and agriculture go hand-in-hand,” said Julian. “In our era of increasing polarization, its these two things that I hold out the most hope for in terms of bringing people together from all walks of life, backgrounds, ages, races and political divides. What's better than food and music? But the music is what we do with the space after the fact, and to me it acts as a bridge to the wider community, who may not be as interested in the gardening side of it.”

For more information, visit JulianHartwellMusic.com. You can reach Len Lear at lenlear@chestnuthilllocal.com

Lunchtime concert in the Friends Free Library on Oct. 28