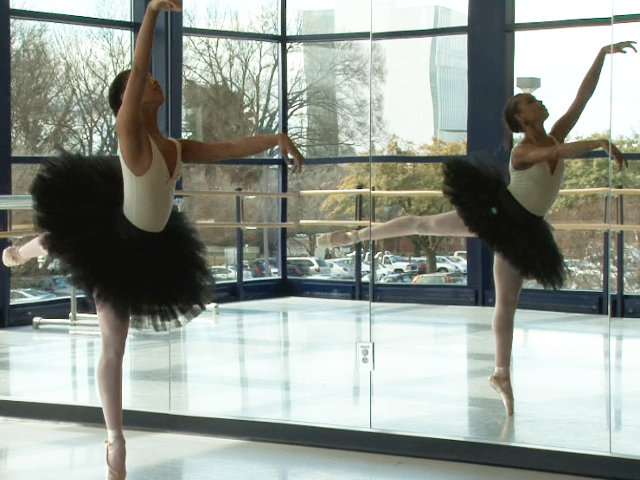 Amanda Smith is one of the talented black ballerinas who is going to have to face the fact that the world of classical ballet has a history of bias against talented back dancers spanning many decades.

Mt. Airy resident Nadine Patterson, 50, is helping to produce a feature length documentary, “Black Ballerina,” which tells the stories of six African-American women from different generations and their struggle to pursue their love of ballet in the “overwhelming white world of classical dance.”

Patterson, an award winning independent writer, producer and director, said the documentary examines 60 years of ballet. In the film, which is still in progress, pioneers Joan Myers Brown, artistic and founding director of Phildanco, Delores Browne, who performed with the New York Negro Ballet Company in the 1950s, and Raven Wilkinson, the first African American woman to dance with the Ballet Russe de Monte Carlo, talk about the racism they confronted in pursuing their dreams of careers in classical dance in the 1950s.

Patterson, who is the outreach producer for the film, said Frances McElroy, producer and director of “Black Ballerina,” also interviewed three African American women in 2015 who are currently pursuing careers as ballerinas and asks them if “the color of ballet has changed.”

“It's hard to be a ballerina regardless of race,” she said. “Only the creme de la creme make it.”

In the film, Joan Myers Brown, Delores Browne and Raven Wilkinson talk about the Civil Rights Movement and how it affected them at the time. “These women, who are now in their 80s, have a lot of insight to offer about what ballet was like in their day,” McElroy said. “Unfortunately, when they look at the field today, they realize it hasn't really changed that much. When you see these images, you begin to understand that the discrimination they faced in the ballet world is the same underpinning that black people face across American Society today.”

Patterson, who co-owns Harmony Image Productions, a film production and media consulting company, with her mother Marlene Patterson, said the documentary is “beyond just ballet. People will find the film engaging even if they are not into dance. This is something that every parent will care about in terms of extracurricular activities, whether its football, basketball, drama club, gymnastics or ballet. The film shows how sports and the arts help people grow into mature, well-rounded human beings.

“If you really support your children in whatever they love to do, that can make a world of difference. If your child has an artistic interest, even if it doesn't end up being part his/her career, it’s still a good thing. It's a lifelong hobby or activity that brings them joy as a human being.”

Patterson, who grew up in Nicetown-Tioga and Historic Germantown, said that is only one component of the film. She said parents and community members must “push administrators, educators, managers, directors and producers in the arts to open up their doors to women and people of color. Talent is everywhere. Don't exclude a whole field of talent because they don't look like you. Everyone can participate in this art form. You don't have to be a skinny white person to do this.

“It's about opening people's minds and expanding their horizons. Look at the possibilities, especially if a child really loves it. Support them 100 percent, and that goes across the scientific fields as well. So while the documentary is about ballet, it's about life and our society. We just need to open the door and let them in.”

Patterson, whose work includes “Anna Russell Jones: Praisesong for a Pioneering Spirit,” which won best documentary 1993 African American Women in the Arts Film/Video Competition in Chicago, IL, and “Moving with the Dreaming,” Prized Pieces award from the National Black Programming Consortium in 1997, said she tries “to uncover the hidden histories of people of African, Asian, Latin and Native American descent. There is a wealth of untold stories out there, and I really enjoy digging into them, doing the research, processing the narrative and creating something new and fresh in the film.”

Unfortunately, Patterson, who has taught video production for over 20 years, said it can take “anywhere between two and ten years to make a film. However, it is a collaborative artistic endeavor. It is second only to architectural in terms of expense, but when you are finished, you have a snapshot [of history].

“Even if you do a narrative, it's still a documentary because you are documenting a time. This is how the people in 2015 in Philadelphia looked. This is how they sounded. This is the food that they ate. These were the buildings that were in existence at the time. To be able to capture that snapshot in a film is a really fascinating thing to do, and it feels good to be able to preserve history and culture in that way. That's what I love about film, that I am preserving the past for the future.” 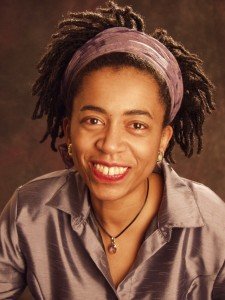 Nadine Patterson, of Mt. Airy, is an award-winning independent writer, producer and director who is now working on a documentary that examines 60 years of ballet and the racism that black dancers have had to confront.

Patterson, who worked for 10 years as a contract producer/director for the School District of Philadelphia's Cable Television Station, Channels 51 and 52, seeks to create works grounded in historical contexts with unique visual palettes. In 2001, she created “LoqueeshaAshleyFranklinJoseBrown” an experimental documentary about children living in Philadelphia.

“I wanted to show how our city that had enormous potential was in danger of losing that potential by neglecting a large part of our population, our children. There was a switch in the political environment in public education. The state was cutting funding to schools and berating educators and parents who were trying to support their children. I wanted to do a piece that showed teachers were engaging students in a positive way. The switch to privatizing schools was just starting in 2001. I wanted to show how the defunding of public infrastructure impacted our cities’ children and that it didn't just affect the black or brown kids. It affected everybody.

“If you don't have a society where equality and inclusion and diversity are the standard, then you will have a society where exclusion, isolation and lack of understanding are the norm,” she said. “How can you defund the future? It's insane when you think about it. Why are we as society taking resources away from the most vulnerable. I also wanted to work with Ursula Rucker, who is a fantastic poet, singer and musician in her own right. At that time, she had two sons who were under 10 years of age. Ursula shared my concerns and agreed to collaborate with me on the piece.”

Patterson said when she told Lenny Seidman, who created music for the piece, that she was shooting a sequence on the Chestnut Hill West line, looking out on the city scape through the windows on the train line, Seidman created a track that had a very locomotive rhythm to it. “It was really a fascinating creative process working with musicians like Seidman to create something that was evolving and growing very organically,” she said.

Unfortunately, Patterson didn't realize in 2001 that the problem was going to get even worse. She said instead of schools becoming more diverse – both racially, economically and socially – the racial and socio-economic divide has only widened. Philadelphia neighborhoods have “fewer schools, fewer teachers and fewer nurses.”

Through her work as a filmmaker, Patterson hopes to “open people's minds” and enrich their lives by educating today's audiences about the untold stories, the hidden stories. “The American Film Industry in Hollywood is so afraid of telling these stories,” Patterson said.

She said her job as a storyteller is to uncover the diamonds in the backyard. As in Temple University founder Russell H. Conwell's famous speech, “Acres of Diamonds,” one has only to search to discover the riches in one’s own backyard.