Charlie O’Hay, whose “main interest was drinking” as a U of P student, will read from his published works starting at 7 p.m. on Saturday, Oct. 3, at Chestnut Hill Gallery, 8117 Germantown Ave. … 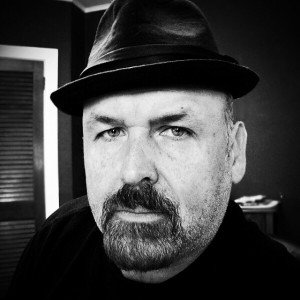 Charlie O’Hay, whose “main interest was drinking” as a U of P student, will read from his published works starting at 7 p.m. on Saturday, Oct. 3, at Chestnut Hill Gallery, 8117 Germantown Ave. There will be complimentary refreshments.[/caption]

Widely published offbeat poet/photographer Charlie O’Hay will read from his works starting at 7 p.m. on Saturday, Oct. 3, at Chestnut Hill Gallery, 8117 Germantown Ave. The event, sponsored by Musehouse, a supporter of writers and the literary arts in the region, will also include prominent Israeli-American poet Hanoch Guy and an open mic for local residents who would like to read from their own works.

O’Hay, 53, originally from Brooklyn, moved with his family to Philly in 1967, then back to New York in 1974 and back to Philly again in 1978. He graduated from the University of Pennsylvania with a B.A., but he told us, “I’ll be honest. I’m not sure if it was a major in Political Science and minor in English or the other way around. My main interest was drinking. What I do remember is that I graduated by the skin of my teeth.”

O’Hay did not exactly grow up as a budding Shakespeare. “My dad used to bribe me to do my summer reading, but I was a daydreamer,” he said. “I suppose that comes with being an only child. I started writing in 1987, when I was 24. I was reading a lot of short fiction — Raymond Carver, Charles Bukowski, O. Henry, Ernest Hemingway — and I wanted to write short stories. But what came out was poetry.”

And a lot of fine poetry at that. O’Hay’s poems have appeared in over 100 journals, and his two full-length poetry collections, “Far From Luck” and “Smoking In Elevators,” are out now through Lucky Bat Books.

O’Hay is also the recipient of a 1995 Fellowship in Poetry from the Pennsylvania Council on the Arts. It was a grant to cover life expenses while he wrote his first manuscript, tilted “Screwdriver.” After it was done, according to Charlie, “I shopped it around, but nobody wanted it. Came close with one publisher but got cut. It’s in a Word file somewhere, probably on an old floppy disk.”

O’Hay insists the most difficult thing about writing poetry is “avoiding uncrafted sentimentality. Cliché lives on Schmaltz Street. I try to stay away from there.” His own favorite poets are Charles Bukowski, Alan Dugan, Raymond Carver, e.e. cummings, Charles Simic and Kenneth Patchen. “Those were the poets that got me excited about words.”

O’Hay, who pretty much disdains the world of academia, where one normally finds an interest in poetry, insists there is still an audience today for poetry. “Sure,” he said, “if they get past the illusion that poems are the strict purview of coffeehouse hipsters or university professors. The barriers to appreciating poetry are self-imposed. Nobody ever says, ‘Don’t read that, Bob; it’s a poem.’ And we never ask if there’s an audience for music — because we know there is. Well, poetry is in music; it’s in the rhythms of daily speech; it’s even in advertising. The trouble, it seems, is getting to the mind space where they can forget about the garbage — the phone bill, the gallstones, the creep that their sister in St. Louis married — and be receptive to poetry.”

How do readers and audiences usually react to O’Hay’s poems? “They like the funny ones. The he-said-she-said poems. The poems that confront the absurd challenges of daily life.”

Is O’Hay likely to wind up teaching poetry to college students. “No. And I’m not sure I could. I think I’d say, ‘Go out and get drunk for 15 years and write down what happens. Then quit drinking, and we’ll meet back here to see what you’ve got.’”

O’Hay has also become quite an accomplished photographer, although you might say he is self-taught. “What happened was that I noticed the city changing. The old bars and diners were closing; the record stores and bookstores were vanishing, and I figured I could either grow old crabbing about that, or I could embrace the evolving city. So I bought a used digital camera on Craigslist and took to the streets.”

Charlie’s photography is mostly urban street portraits and candid shots. His ongoing photo series, “Everyone Has a Name,” shares images and stories of the homeless in Center City to promote understanding of the plight of homelessness. “I hope that by pairing portraits with names and stories that my images can dispel three of he most pervasive illusions about homelessness — the myth that poverty is a moral failing, the fallacy that only the mentally ill and addicted become homeless and the erroneous assumption that homelessness is unsolvable. If we can get past the societal objection to giving people free housing, it CAN be solved.”

Is it possible to earn a decent living as a poet and photographer? “Nearly impossible, which is why I freelance as a writer and editor for corporate clients.”

If O’Hay could spend a few hours in conversation with anyone who has ever lived, who would it be? “My dad. He died in 1979. I’d like to fill him in on all he’s missed.”

Charlie lives his wife of 19 years, Cecily Kellogg, and their 9-year-old daughter, Tori, in Point Breeze.

The poetry reading and open mic event on Saturday evening is free and open to the public and will include complimentary refreshments. More information at 484-432-1792 or musehousecenter@gmail.com