Diamond will sparkle at historic mansion in G'town

Author Becky Libourel Diamond will kick off her fall book tour on Saturday, Nov. 14, 2 p.m., at the Ebenezer Maxwell Museum, 200 W. Tulpehocken St. in Germantown. She will discuss and sign her new …

Diamond will sparkle at historic mansion in G'town 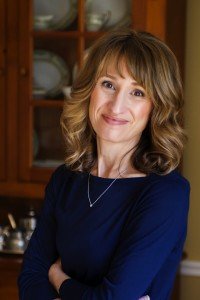 Author Becky Libourel Diamond will kick off her fall book tour on Saturday, Nov. 14, 2 p.m., at the Ebenezer Maxwell Museum, 200 W. Tulpehocken St. in Germantown. She will discuss and sign her new book, “The Thousand Dollar Dinner,” the tale of an unusual culinary duel. (Photo by Heather Raub)[/caption]

In 1851 two rival groups of foodies challenged each other to a culinary duel. The New York and Philadelphia “clubs of good livers” each hosted the other in their home city to judge which one could deliver the most outstanding feast. The first banquet was held at Delmonico’s famous New York City restaurant, but the bizarre, decadent 12-hour, 17-course gorgefest held in Philadelphia and prepared by Chef James Parkinson was dubbed by Philly newspapers as the “Thousand Dollar Dinner” because it allegedly cost the Philadelphians $1,000 (approximately $32,000 in today’s dollars) to prepare.

Chef James Parkinson chose items sure to dazzle and delight his guests, including fresh oysters, a variety of turtle preparations, decorative cold dishes set in gelatin and intricate sculptures made out of patisserie called “pièces montées.” Parkinson had a creative, innovative way with food, such as the invention of pistachio ice cream, Champagne frappe à la glacé (a semi-frozen froth made with the sparkling wine) and a luxurious sorbet created specifically for the “Thousand Dollar Dinner” using an extremely rare and expensive Hungarian Tokaji wine.

Local author Becky Libourel Diamond's new book, “The Thousand Dollar Dinner,” which will be catnip for foodies, tells the history of this unique culinary contest in Philly and New York, which were considered at the time to be the culinary capitals of the U.S. Diamond will kick off her fall book tour on Saturday, Nov. 14, 2 p.m., at the Ebenezer Maxwell Museum, 200 W. Tulpehocken St. in Germantown. She will discuss and sign her new book, which definitely should hit a high note in today's culinary zeitgeist.

Which city was declared the culinary master? Ms. Diamond reveals the winner in her book, and she’ll discuss the outcome and how the dazzling feast revolutionized dining in America during her appearance at the historic Victorian mansion in Germantown Saturday afternoon.

A native of South Jersey who now lives in lower Bucks County, Diamond, 47, earned a B.A. in Journalism from Rider in 1990 and a M.L.S (Master of Library Studies) from Rutgers in 1997, previously wrote a book entitled “Mrs. Goodfellow: The Story of America’s First Cooking School.” It told the story of Mrs. Elizabeth Goodfellow, a pastry cook who ran America’s first cooking school in Philadelphia in the early 1800s.

“The idea for 'The Thousand Dollar Dinner' came about while I was researching the first one,” Diamond told us last week. “Chef James Parkinson was a contemporary of Mrs. Goodfellow. He also started out as a pastry chef and confectioner and became a highly respected restaurateur. He is best known for his role in ... the 12-hour, 17-course feast dubbed the 'Thousand Dollar Dinner.'” (The dinner helped launch fine restaurant dining in America, as we know it today. Each chapter in the book covers the wide variety of interesting foods and wines that were served.)

Each of Diamond's books took about three years to research and write. She has now started preliminary research on The Jayne Building, America’s first “skyscraper,” built in Philadelphia in 1850. According to Becky, “A groundbreaking concept, it was the first American building constructed tall in order to fulfill a commercial need. Up until this point, towering structures such as churches, monuments or domed public buildings were designed to impress or commemorate. Dr. David Jayne, a native of Monroe County, PA who received his medical degree from the University of Pennsylvania, funded the 10-story granite building.

“In addition to practicing medicine, Jayne manufactured and sold a number of highly successful patent medicines, including salves, liniments, balsams, pills and potions. He needed the large space for his lucrative, continuously expanding business operations. He became so successful that he moved into other real estate opportunities. The book will discuss this building, Dr. Jayne and also medicine at this time, highly unregulated prior to the FDA’s founding, the main reason his business prospered.

“I also would like to write a book of historical fiction based on the life of Pierre Blot, a French chef who landed in New York City in 1855 and opened what many food experts consider the first school of French cookery in the U.S. Often described as America’s first celebrity chef, Blot was determined to raise cooking in America to an art form, using the school (dubbed Blot’s Culinary Academy of Design in a New York Times article) as an opportunity to share his ideals.”

If Becky could meet and spend time with any culinary figure who is now deceased, who would it be? “James Beard. I have so much respect for his cooking style and methods. 'American Cookery' is my all-time favorite cookbook ... And of course, I would have loved to meet the two people I wrote about, James Parkinson and Elizabeth Goodfellow, and shadow them both for a day. I’m sure I would be amazed to see their 19th century cooking processes compared to today.”

Reservations for the Saturday event can be made at ebenezermaxwellmansion.org/lectures/ or 215-438-1861. Light refreshments will be served. “The Thousand Dollar Dinner” will be available for purchase in the Mansion’s gift shop. More information about Diamond, including her other upcoming public appearances, at www.beckyldiamond.com