by Lou Mancinelli [caption id="attachment_1979" align="alignright" width="227" caption="Bibby Crane, whose family roots can be traced as far back as an ancestor purchasing a tract of land from …

[caption id="attachment_1979" align="alignright" width="227" caption="Bibby Crane, whose family roots can be traced as far back as an ancestor purchasing a tract of land from William Penn in 1683, has worked as a full-time agent for Prudential Fox and Roach since 2004.By Lou MancinelliFor more than 20 years Bibby Crane has had a real estate license, but she did not begin to use it until 2004.Though she majored in fine art as a college student at the University of Delaware, Crane, now 44, like many former art students, finds a way to make art out of her day-to-day career helping people buy and sell homes (at least on a philosophical level)."] 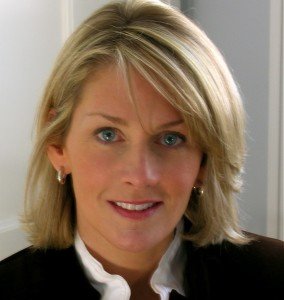 Crane’s family roots, locally speaking, trace as far back as an ancestor purchasing a tract of land from William Penn in 1683. At the close of the 19th century, her great-grandparents grew up in Germantown before building a home on Montgomery Avenue in Wyndmoor in 1917.

The home was designed by architects from the Philadelphia firm of Mellor, Meigs and Howe, known for their private homes in the Main Line and Chestnut Hill, including some along Bells Mill Road and Hillcrest Avenue.

“There are many styles of architecture in Chestnut Hill,” said Crane, who moved back to Chestnut Hill in the early ‘90s (she moved away for 12 years after college), during a telephone conversation in mid-January. “[There’s] French Norman, Italianate, Gothic Revival and Cotswold, among others.

“Much of the stone used by architects is Wissahickon schist, which came from local quarries. People visiting the area are quick to comment on the exquisite use of stone seen throughout the community.”

Before moving back to Chestnut Hill, Crane lived in Bryn Mawr where she worked as studio manager for the well known architectural photographer, Tom Crane. “I further developed my appreciation for architecture,” said Bibby. The experience influenced her ability to identify sometimes-overlooked details when selling a home that might connect with buyers.

“When a photographer takes a picture for architecture, he needs to be able to tell the story of the house in pictures,” she said. “He has to reveal the true sense of the house. Through my experience, I learned how to look at a space and recognize its best features and details. When I photograph my listings, I focus on telling the over-all story along with revealing what makes each property unique.”

And while the real estate industry might not seem like an artistic outlet, Crane, a mother of two boys, finds she can be creative when marketing and selling homes. “I’ve always been a very visual person. Growing up with a mother in  real estate, I have been exposed to the business most of my life,” she said. “It wasn’t something as a child I knew I wanted to do, but it kind of happened naturally. I was always around the business, and I learned a lot from my mom that you can’t learn in a school or in a book.”

Crane, a mother of two who now lives in Erdenheim, has worked as full time agent for Prudential Fox and Roach since 2004. Chestnut Hill is popular in today’s real estate market “because it’s a very established community,” she said. “There haven’t been the extreme fluctuations [in the market] that some communities have seen. I think people are drawn to the traditional beauty of the local architecture, the charm of our shops and restaurants on Germantown Avenue. There are a lot of community programs and an overall feeling of stability.”

Crane was raised in Chestnut Hill and attended Springside School until 7th grade. She transferred to Agnes Irwin in Bryn Mawr, where she graduated in 1995. Her grandfather was one of the founding members of the Wissahickon Skating Club in 1956, where she skated with her friends after school.

“Many of us still live in this community today, appreciating a lot of things we enjoyed with our friends as children,” she said. “They are the same things our children love growing up here today. My sons, however, like to swim in Devil's Pool, and after doing it once, I can pass on that.”