Local family therapists Angie Dion and Nick Herrick (these are not Angie and Nick) will explore solutions to family conflicts in a three-class session May 1, 8 and 15, 7 to 9 p.m., hosted through … 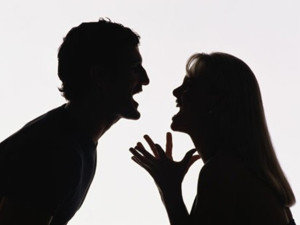 Local family therapists Angie Dion and Nick Herrick (these are not Angie and Nick) will explore solutions to family conflicts in a three-class session May 1, 8 and 15, 7 to 9 p.m., hosted through Mt. Airy Learning Tree (MALT) at the Chestnut Hill Meetinghouse, 20 E. Mermaid Lane.

Perhaps you've gone out to dinner with the family or to a family gathering and left horrified. There was tension that led to arguments and relationships that were strained, perhaps even ruined. Or maybe it seems that somehow everyone else's family is perfect.

These are the kinds of issues that local family therapists Angie Dion and Nick Herrick will explore in "Family Relationships: Exploring Your Emotional Baggage and Cutting it Loose,” a three-class session May 1, 8 and 15, 7 to 9 p.m., hosted through Mt. Airy Learning Tree (MALT) at the Chestnut Hill Meetinghouse, 20 E. Mermaid Lane. The class is a crash course on resolving issues that arise in relationships, discovering ways to heal past wounds, exploring family dynamics, etc.

So when you're sitting at say, Thanksgiving dinner, and that sibling or aunt starts bringing up questions about your investments or your lifestyle, your job or how you raise your children, whatever it may be that triggers the beginning of the downslide of family harmony, you can be aware of that trigger and consider different ways to approach a potential conflict.

“We're giving people the space to talk about something that has an impact on their lives,” said Dion.

Sometimes, people may be unaware just how connected the relationship elements in their lives can be, she explained. After the instructors loosen up the class with icebreakers to get people who may be strangers comfortable talking in a group about intimate details of their lives, they have students draw a “genogram.”

The first time the two taught the class last fall, “Everyone came with one relationship in mind that was really rocky at that moment,” said Herrick.

Dion, 30, studied psychology at Southern New Hampshire University, and after graduating in 2005, moved to Philadelphia to attend Thomas Jefferson University, where she earned her master's degree in couples and family therapy in 2010.

At her day job with Child Guidance Resource Centers (CGRC) in Havertown, Dion practices family-based therapy with children and their parents in the home, school or community. Practicing in the field provides an intimate glimpse at the issues.

“We actually get to see the issues faster,” she said. “It's harder to hide things when we're in the environment.”

While the two are young (Herrick is 28), it is their education, training and experience they've gained working thus far in the field that constitutes their qualifications. Whenever people bring up the issue of youth, “I think it's because they are afraid I won't be able to help them,” Herrick said. “I think the biggest difference between the happily married couples and the unhappily married ones is their ability to negotiate.”

Herrick, who lives in East Falls, met Dion while he was studying for his master's at Thomas Jefferson, also in couples and family therapy, which he earned in 2011. Raised in Northern Virginia, he moved to the Main Line to study sociology at Eastern University, where he graduated in 2008. He also works at CGRC.

The two found a common bond in their counseling work, so they looked for community-based schools online, and MALT was the first that popped up.

“I think everything meaningful that happens to people happens in groups,” Herrick said. “I find it easier to get that person in the room with whoever he/she is complaining about, and you can work it out on the spot.”

But how do you know when you actually need therapy? When you're constantly asking questions like “Where is our relationship going wrong that it's more painful than pleasurable to be together?” that can be a sign to seek out a professional, according to Herrick, who can simply serve as an informed guide. Another indicator can be “when you get to the point where you're doing or saying stuff that isn't really you.”

Seventy-five percent of couples, according to Herrick, fall under the influence of a “pursuer-distancer dynamic.” This is where one person is always on the chase, and the other person always seems to be running away. “It's not anyone's fault,” he said. “They get caught up in a cycle.”

As for solutions, both Dion and Herrick strongly recommend identifying triggers. They talked about being aware of certain words and behaviors that can trigger an argument. And instead of calling your wife or sister an expletive, tell her you're feeling hurt or dismissed. That can really disarm someone, Herrick insisted.

“The whole point of the class,” he added, “is we believe the best thing in life is a good relationship, and the worse thing is a bad one.”