Concert of music by Hill cleric/composer at St. Martin’s

On Saturday, Sept. 21, 7 p.m., there will be a concert devoted entirely to the music of Chestnut Hill minister and composer Scott Robinson at the Church of St. Martin-in-the-Fields, 8000 St. …

Concert of music by Hill cleric/composer at St. Martin’s 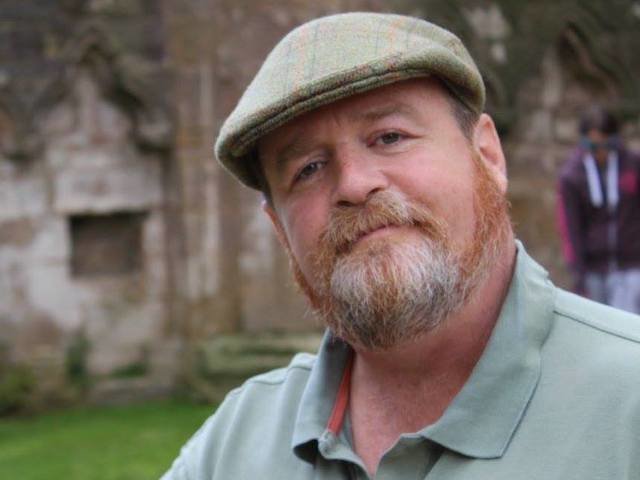 On Saturday, Sept. 21, 7 p.m., there will be a concert devoted entirely to the music of Chestnut Hill minister and composer Scott Robinson at the Church of St. Martin-in-the-Fields, 8000 St. Martin’s Ln.[/caption]

A Chestnut Hill resident for 20 years, Scott Robinson, 55, is a very musical minister. An ordained Interfaith Minister, Robinson taught music for 10 years until 2009 at Eastern University on the Main Line and is an acclaimed composer of music in the “kirtan” style, the call-and-response rhythms performed in Indian devotional music.

On Saturday, Sept. 21 at 7 p.m., there will be a concert devoted entirely to Robinson’s music at the Church of St. Martin-in-the-Fields, 8000 St. Martin’s Ln. It will feature choral, vocal and chamber music performed by members of the St. Martin's choir under the direction of Erik Meyer, as well as other regional musicians. It will close with the only piece that Robinson will be performing himself.

Although the classical music Robinson was trained to write has taken a backseat for years now, he has had individual pieces of his work performed by several other artists in many venues.

He also had another concert devoted entirely to his music in Lancaster in the early ‘90s, featuring the Eaken Piano Trio and members of the Wheatland Chorale. And Voces Novae et Antiquae, under the direction of Robert Ross, gave a concert of his music at the Fleisher Art Memorial in 2001.

“My musical interests have changed so radically over the last 10 years or so,” said Robinson in an interview last week. “The Anglican Church tradition – composers such as Ralph Vaughan Williams and Peter Hallock – is important to me. Also, there is always hymnody going on in the background, particularly the so-called ‘shape note’ tradition of early American Protestantism.

“I've also been very influenced by Gregorian chant, which is never far from the surface. And I have made a formal study of both North Indian and South Indian classical music, as well as Greco-Turkish music. I suppose it would be fair at this point to say that I am more influenced by this or that tradition than by this or that composer.”

Robinson is the founder of Mandala, a devotional multi-faith chant call-and-response band, which combines Indian, Celtic, Gregorian and Turkish devotional music. They chant mantras or hymns to the accompaniment of tablas (traditional Indian drums), a clarinet, harmonium (traditional Indian organ) and karatals, or hand-sized cymbals. It’s the kind of music you might hear at a yoga studio.

While kirtan music is devotional to Hindu, Mandala expands their collection to include biblical texts and English phrases.

“I wrote my first kirtan in 2009,” said Robinson, “after performing off and on for several years with Yofiyah, a Philadelphia artist who composes and performs Jewish kirtan in Hebrew and Aramaic.”

Mandala most recently performed at Daylesford Abbey, and they perform every New Year's Eve at St. Martin's as an alternative to ringing in the new year in more conventional, party-oriented ways. They have performed at interfaith Thanksgiving services, yoga studios and churches, and in 2014 at the Cathedral of St. John the Divine in New York City.

Robinson is also the author of “The Dark Hills," published in October 2015 by Sacred Feet Publishing, “but since about half of it is drawn from posts I wrote for various blogs, I would say it was about four years in the making. It is about my experience with depression after I left teaching. I will be leading a book discussion group on ‘The Dark Hills’ for Wellspring (St. Martin's spiritual growth group) on three Wednesday evenings in October.”

After leaving teaching, Robinson studied spiritual direction at the Shalem Institute for Spiritual Formation and ministry at the New Seminary for Interfaith Studies in New York City. He works as a freelance minister for weddings, baby blessings and memorial services, though his primary ministry has been hospice chaplaincy.

Robinson started as a hospice chaplain in 2014 but recently had to give up his job at Brookdale Hospice in Wayne for health reasons. He is now volunteering at Keystone Hospice on Stenton Avenue in Wyndmoor.

“Hospice chaplaincy has been enormously life-changing for me,” Robinson said. “Being able to listen to people in that most vulnerable position, to pray with them, to sing to them, to adapt my approach to their various traditions; everything about the job has given me great satisfaction. Being present for bereaved families is also a privilege.”

Robinson lives in Chestnut Hill with his wife, Allison Ballantine, a pediatrician at Children's Hospital of Philadelphia, and their children, Clare, 16, and Sophie, 14.

For more information, visit OpentotheDivine.com (you can purchase his music there) or MandalaBand.net. You can reach Len Lear at lenlear@chestnuthilllocal.com

Lunchtime concert in the Friends Free Library on Oct. 28