Co-authors in Mt. Airy want you to 'take a hike'

If Katie Haegele and her husband Joe Carlough tell you to “take a hike,” they are not trying to insult you. And if they repeat themselves, they are not just rambling. They are actually …

Co-authors in Mt. Airy want you to 'take a hike' 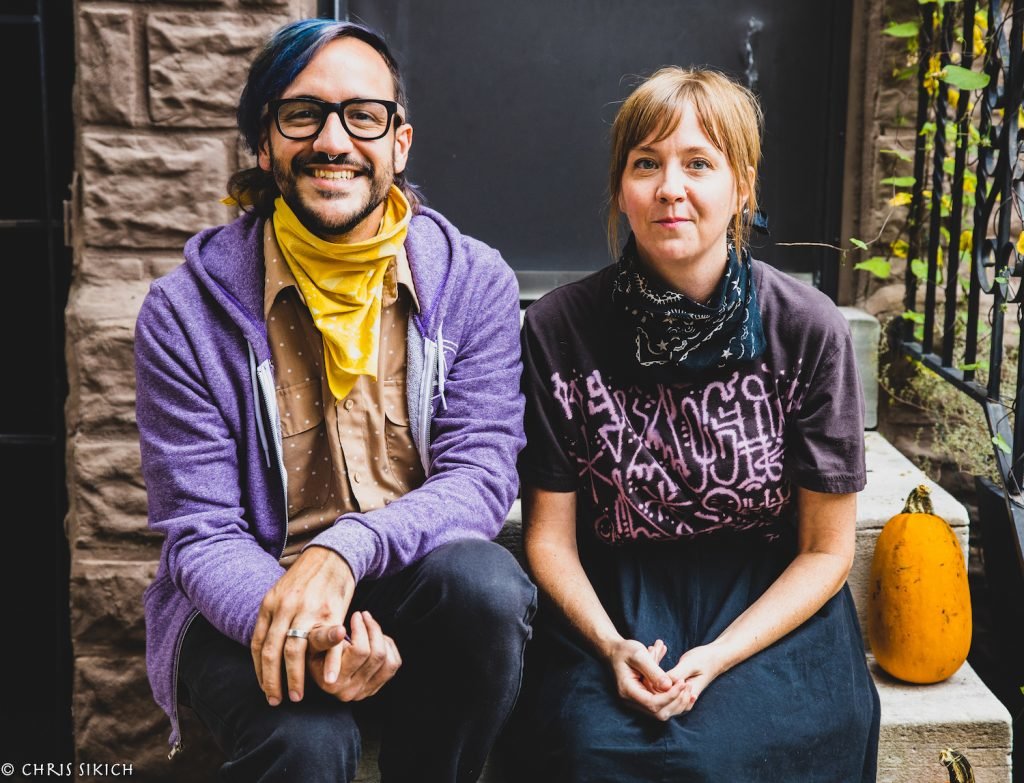 Kate Haegele and Joe Carlough are signing their new book, “Out and About: Joe and Katie Walk Around Philly,” at the Big Blue Marble Bookstore on Small Business Saturday, Nov. 27, 2 p.m.
Posted Thursday, November 25, 2021 6:00 am
by Len Lear

If Katie Haegele and her husband Joe Carlough tell you to “take a hike,” they are not trying to insult you. And if they repeat themselves, they are not just rambling. They are actually giving you some good advice for your mental, physical and psychological well-being.

The East Falls couple, who have both been writing, designing and publishing niche magazines known as “zines” for many years, will have a book signing at Big Blue Marble Bookstore, 551 Carpenter Lane in Mt. Airy, on Small Business Saturday, Nov. 27, 2 p.m., for their new book, “Out and About: Joe and Katie Walk Around Philly.”

“We love to go for long walks around our beloved city for exercise and for fun,” Haegele told us last week. “To make this zine, we first think of a walk we want to take, then plot the route on a GPS map, strap on our audio recording equipment and start walking!”

The duo began work on this project in February of this year, and to their surprise it has become, in part, “a chronicle of the dramatic changes we’ve been experiencing in our world and in the city we love,” said Haegele. “Once the quarantine started, a lot of the things we loved to do were no longer possible: no dance parties, no concerts, no visits with friends.”

Haegele, a native of Jenkintown, and Carlough, an Edison, NJ, native, both hope the book will encourage readers to explore the city further. “Not just for its major attractions,” said Carlough, “but for the beauty you find on the small streets, the secret little bridges scattered about and all the unexpected places.”

Haegele earned a B.A. in linguistics from the University of Pennsylvania, then started working in arts journalism, and Carlough was a writing arts major at Rowan University in Glassboro, NJ. For several years Haegele was a regular contributor to the Philadelphia Inquirer, mainly as a book critic but also as a reporter. Her column, “DigitaLit,” looked at how traditional storytelling and new technologies can intersect.

Haegele also writes “about the thing some people believe makes us human. Language, that is. I happen to think that treating other living creatures with kindness is what makes us human,” she said.

In addition to the Inquirer, Haegele has had her personal and critical essays published in Philadelphia magazine and other magazines. She has written about research that was shedding new light on non-Hodgkin's lymphoma, the illness her father had died from a few years earlier. And she has written compellingly about the struggle to reconcile religious belief with feminism.

Regarding the pandemic, Carlough recently left his job of seven years to pursue running his DIY cassette-based record label, This & That Tapes, and “to renew my focus on my own art and writing. It’s also helped me to appreciate how much I need to socialize … I have found quitting jobs to be extremely taxing on my emotional state.”

Last year the creative duo were featured on “Movers & Makers,” a TV show on Philadelphia’s local PBS affiliate, WHYY, which visited their zine library and showed a space they call the East Falls Zine Reading Room.

For more information, visit spiralbookcase.com Len Lear can be reached at lenlear@chestnuthilllocal.com