The city is still trying to secure rights to this rail trestle over Germantown Avenue to complete the Cresheim Trail’s path through Chestnut Hill and Mt. Airy.[/caption] by Sue Ann Rybak The City … 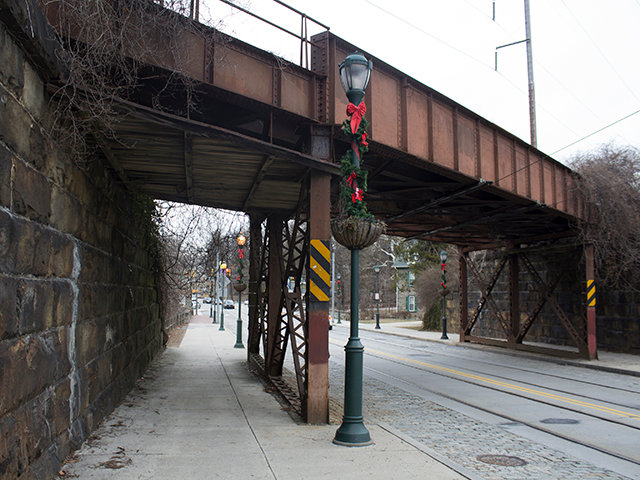 The city is still trying to secure rights to this rail trestle over Germantown Avenue to complete the Cresheim Trail’s path through Chestnut Hill and Mt. Airy.[/caption]

The City of Philadelphia currently is negotiating with the Philadelphia Electric Co. (PECO) to acquire the train trestle over Germantown Avenue next to the Trolley Car Diner and sign an agreement to lease the adjacent right-of-way to complete the Philadelphia portion of the Cresheim Trail.

Both the trail and the trestle are owned by PECO because it is part of a right-of-way used for power lines. In December 2017, City Council voted unanimously to approve Councilwoman Cindy Bass’s bill #170856, which allowed the city to acquire the former Pennsylvania Railroad Trestle.

Susan Dannenberg, chair of the Friends of the Cresheim Trail board, said the city is negotiating with PECO.

“The licensing agreement would not be for the entire railroad right-of-way, but for the portion that we need,” said the Mt. Airy resident, who studied city planning and transportation. “Trails are approximately 14 feet wide, so they would be asking for between 14 to 16 feet wide down the center. The exact alignment would be determined by the design and engineer study.”

She said the friends group has been trying to get the city to purchase the bridge since 2008, when a feasibility study examined how to connect portions of Whitemarsh, Springfield and Cheltenham Townships in Montgomery County to the Wissahickon section of Fairmount Park in Philadelphia.

She added that the city has seen the benefits of trails with the building of the Schuylkill River Trail, which is part of the Circuit Trails.

“The Circuit is the branding name for the Regional Trail System, which consists of 750 miles of planned and existing trails,” she added. “It’s about a third of the way built. We have seen how popular these trails are for recreation and commuting. I think the city realizes that the liability of the bridge is outweighed by the benefits to the community of having that trail.”

The Current Cresheim trail extends from a main trailhead at Allens Lane and Lincoln Drive, through to Germantown Avenue, and includes a one-mile loop. The next phase of the proposed trail would be to extend the trail to Stenton Avenue along the old railroad right-of-way.

Dannenberg said that would complete the Philadelphia portion of the trail. Once complete, the 9-mile Cresheim Trail would continue into Montgomery County to connect with the Green Ribbon Trail in Flourtown. She added that the Friends of Cresheim Trail will definitely begin applying for grants to complete the project.

“There is no money in the city’s budget for this trail, but we feel confident that the trail is a priority,” she said. “The funders of trails understand the importance of key links that the Circuit Trail is in within the regional trail system, so we don’t feel that funding is going to be a huge issue. We are lucky that the Cresheim Trail has been around long enough that the people who make decisions about funding are aware of it. We haven’t been able to move forward because of the right-of-way issue and … now we can make people aware of the trail, how important it is, and what our needs are.” 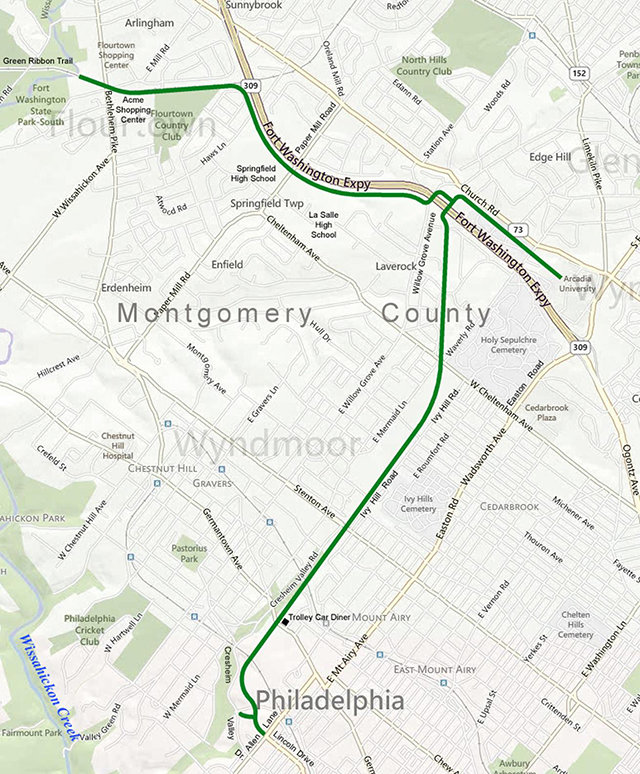 This map shows the proposed route of the Cresheim Trail.