Circling an aged mourner, but not for spiritual relief

by Janet Gilmore [caption id="attachment_4333" align="alignright" width="300" caption="Even in a time of grief, bodily functions have to be attended to (at least for the living)."][/caption] Probably …

Circling an aged mourner, but not for spiritual relief

[caption id="attachment_4333" align="alignright" width="300" caption="Even in a time of grief, bodily functions have to be attended to (at least for the living)."] 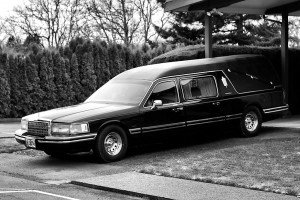 Probably the only person at the cemetery who didn’t mind the frigid weather that day was my beloved ex-neighbor Judith (not her real name), who rested comfortably in her coffin above an open grave, waiting to be buried. The rest of us were very cold.

Our sad procession from the parked cars to the grave advanced, then stopped. No one knew why, not even the cemetery hostess, who was guiding us. After a minute or two, people asked, “What’s going on? “

“Why are we just standing here?”

I stepped sideways to see what was going on. No word came from the immediate family, seated at graveside on folding chairs covered in blue plush covers, to the mourners at the back of the line. I stepped back to my place in Siberia.

“The hearse driver said the family wants some private time.”

“Oh, put your hearing aid in, will you, for Pete’s sake!”

“What’s going on? What are we waiting for?”

“They can have all the private time they want after the funeral.”

Joe (not his real name, either), the new widower, as stubborn in grief as he has been in life, the man who had refused to use the men’s room at the funeral parlor before leaving for the cemetery, had to pee. Joe, elderly, in and out of awareness and very unsteady on his feet on the uneven surface of the cemetery grass, walked with difficulty. His children settled him onto one of the blue chairs. It was then that his body gave him the message.  He told his children, who didn’t really know what to do.

The crowd had time to make small talk and look around the cemetery. I passed the time reading some of the nearby tombstones. To tell the truth, I was hoping to find some good gossip carved on tombstones: “Lousy cook,” “Stingy son-of-a-gun,” “Good tennis player” or maybe a cryptic “Obeyed all the Commandments but one.” While I was mentally writing my own epitaph, a loud and impatient out-of-town mourner demanded,

“Enough is enough! What’s the delay? First they call me to come up here from Florida when Judith wasn’t even dead yet, and now this! Let’s get started; I have a plane to catch!”

Suddenly a wave of information flowed from the immediate family out to the second tier of mourners. I didn’t understand what they said. By the time it got to the third tier of mourners, it sounded to me like, “Joe hurt his knee.” I was concerned.

But by the time the truth filtered on back to us fourth-tierers, the message was, not “Joe hurt his knee” but “Joe has to pee,” which answered all questions.

The crowd had things to say.

“How should I know?”

I found out later that a cousin had a plastic water bottle and a knife in his car. He cut the narrow neck from the bottle, which then became a urinal. Joe’s son, daughter, grandsons and granddaughter helped Joe to his feet and made a circle around him, men facing in, women facing out, like some sort of folkdance.

Either Joe peed into the bottle for a long time, or it took Joe a long time to pee into the bottle. Either way, the circle around him broke up, and by the time I got closer, Joe was back on the blue plush, pale with relief.

The service began and concluded without interruption.

It wasn’t until after we said our goodbyes to dear Judith, and were leaving the cemetery that someone told me, without my even asking, what happened to the makeshift urinal.

Joe, not knowing what else to do at the moment, handed it to a friend of the family, who leaned it against a nearby tombstone and left it there.

“They have to clean up after the funeral anyway,” the friend reasoned.

As we drove to what was Judith and Joe’s house, and was now Joe’s place to warm ourselves over trays of roast beef, turkey and corned beef sandwiches and pastry, I thought about Judith, whom we had left behind. What would she think about all this? She had been happily married to Joe for 65 years. I could imagine her response.

“Listen, when you gotta go, you gotta go,” she’d say, and chuckle. She was a lovely, sensible woman. That’s exactly why so many of us were willing to suffer the cold to pay our respects to her family.