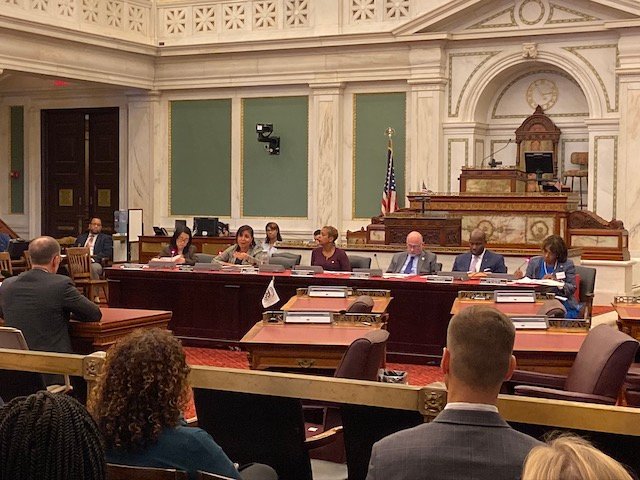 The health care crisis in African American maternal mortality is finally receiving the attention it deserves. The catalyst was Linda Villarosa’s 2018 New York Times Magazine cover story: “Why America’s Black Mothers and Babies Are in a Life-or-Death Crisis.”

Villarosa reported that the maternal mortality rate for black women was three times that for white women and that the disparity held across socio-economic lines, with affluent black women dying at a higher rate than affluent white women. A recent highly publicized example was Serena Williams’ near death in childbirth.

The Philadelphia Commission for Women has taken the lead in addressing this issue in our city, which has one of the highest rates of maternal mortality in the nation. Jovida Hill, the executive director of the Philadelphia Commission for Women, organized a public town hall meeting called “Why are Black Mothers and Babies Dying and What are We Going to Do About It?” last December at the West Philadelphia Regional Library to a standing room only crowd of mostly women of color.

State Rep. Morgan Cephas, who represents the 192nd legislative district in West Philadelphia and serves on the Philadelphia Commission for Women, was among those giving testimony at the Oct. 15 meeting. Cephas began her testimony with the tragic story of La’Shana Gilmore, a 34-year-old woman from her district who, like far too many black women, died while giving birth just this summer. Cephas reported that last month, Governor Tom Wolf announced a Centers for Disease Control and Prevention grant to support the Pennsylvania Maternal Mortality Review Committee, and that she plans to introduce several pieces of legislation to increase access to care and address racism and bias in the health care system, including:

Medicaid: Doula Reimbursement and Certification – This bill would allow for the extension of Medicaid reimbursement for doula services in order to serve a population of mothers that has historically been marginalized, and as a result, has consistently reported higher child and maternal mortality rates than their counterparts. (A doula is defined as a woman who is employed to provide guidance and support to a pregnant woman during labor.)

Medicaid Expansion: Postpartum Coverage – This is a potentially two-part legislative package that would expand Medicaid coverage for postpartum women, including additional substance use disorder and mental health treatment services.

Continuing Education for Medical Professionals: Implicit Bias – This bill would require all health care practitioners to complete training on implicit bias related to race, age, gender, sexual orientation, ethnicity and religion, and its impact on the delivery of health care as part of the professional licensure or certification requirements.

Maternal Morbidity as a Reportable Event – This bill would require maternal deaths and severe maternal morbidity complications to be categorized as reportable events to the Department of Health.

Also testifying at the Oct. 15 hearing was Mt. Airy resident and board member of National Organization for Women Nina Ahmad, who noted that, until recently, the racial disparity in maternal mortality has been largely ignored and that we are just beginning to acknowledge the roots and extent of the problem. Ahmad joined the call for implicit bias training for medical professionals and strong consequences when such bias is detected, stating that “while our entire society struggles to dismantle racist and gender-based barriers, we need to put the spotlight on our medical institutions because these barriers are literally a matter of life and death for African American women.”

Ahmad also advocated medical reimbursement for doulas, noting that data shows that the continuous support system provided by doulas positively impacts both mothers and babies. From a dollars and cents perspective, continuous care from doulas can improve birth outcomes for both mothers and infants, resulting in fewer pre-term and low birth weight infants, and reductions in caesarean sections. She noted that Oregon (2012) and Minnesota (2013) have already instituted Medicaid reimbursement for doulas and that “not only will it help mitigate the tragic problem of maternal mortality, it will be a job creator for our communities as well. It will ensure that African American doulas will be advocating for African American mothers who are dying due to the racism embedded in our health care institutions.”

A critical mass of health care professionals, legislators and activists now have a sense of urgency about disparities in maternal mortality and are determined to find a solution.