Yannick Nézet-Séguin at the Kimmel Center for the Philadelphia Orchestra. (Photo by Chris Lee) by Michael Caruso Chestnut Hill’s two Episcopal parishes will launch their seasons of Choral … 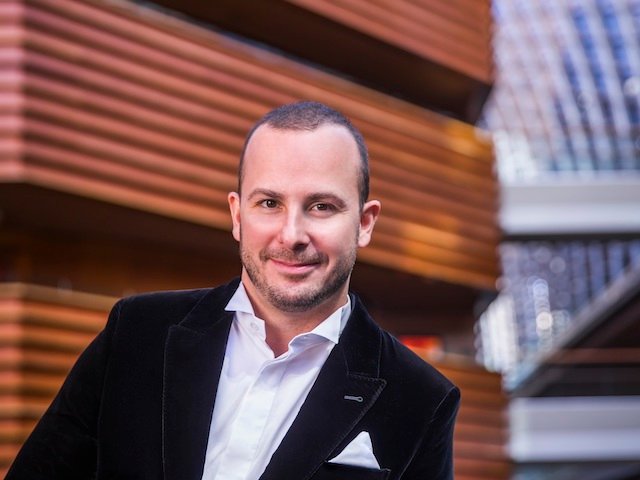 Yannick Nézet-Séguin at the Kimmel Center for the Philadelphia Orchestra. (Photo by Chris Lee)

Chestnut Hill’s two Episcopal parishes will launch their seasons of Choral Evensongs two Sunday afternoons running, Sept. 29 and Oct. 6, both at 5 p.m. Music director Andrew Kotylo will conduct St. Paul’s adult choir for the first while over at St. Martin-in-the-Fields music director Erik Meyer will lead his parish’s choir for the second.

“Choral Evensong” is the contemporary incarnation of the “Evening Prayer” service initially established in the first Book of Common Prayer in 1549 by Thomas Cranmer, the first Anglican Archbishop of Canterbury. It combines the Roman liturgies of Vespers and Compline.

Although England’s King Henry VIII severed the bond between the Catholic Church in England with Pope Clement VII in Rome in 1531 by declaring himself head of the Church in England, he never considered himself a Protestant. Roman theology and liturgy were maintained throughout his lifetime. It wasn’t until his son became King Edward VI in 1547 that the English Church became Protestant in doctrine and liturgy.

Upon Edward’s death in 1553, his half sister Mary Tudor became Queen. Raised a Roman Catholic by her mother, Queen Catherine (of Aragon), the so-called “Bloody Mary” returned England to the Roman fold. Upon Mary’s death in 1558, her half sister ascended the throne as Queen Elizabeth I. She reigned until her death in 1603. It was “Good Queen Bess” who established the Church of England as it stands today. Archbishop Cranmer oversaw the writing of another Book of Common Prayer in 1559. It remains the foundational liturgical text of the worldwide Anglican Communion.

During the middle of the 19th century, as the Anglo-Catholic movement to retrieve the lost pre-Reformation traditions of English Catholicism at Oxford University gathered steam, the addition of music to “Evening Prayer” produced the “Choral Evensong” we know today.

The musical program at St. Paul’s on Sept. 29 includes the “Responses” by John Reading, the setting of the Psalm by Henry Walford Davies, the “Magnificat” and “Nunc Dimittis” by Stephen Caracciola from his “Evening Service in A,” and Edward Bairstow’s “Let all mortal flesh” as the anthem at the Offertory.

Music director Yannick Nezet-Seguin opened the Philadelphia Orchestra’s 2019-20 season of subscription concerts this past weekend with a series of performances Sept. 19-22 in the Kimmel Center’s Verizon Hall. The glamorous guest soloist was pianist Helene Grimaud, who was heard in to impressive effect in Bela Bartok’s biting yet lyrical Piano Concerto No. 3. The program’s major work was Antonin Dvorak’s masterpiece, the Symphony No. 9 in E minor (“From the New World”).  It, too, received a stellar rendition.

But it was the concert’s opening score in this classic format of overture-concerto-intermission-symphony that stole the show. Valerie Coleman’s “Umoja, Anthem for Unity” – a commission by the Philadelphia Orchestra here receiving its world premiere – is a formally inspiring and emotionally expressive work for full symphony orchestra that deserves a secure place in the contemporary repertoire.

“Umoja” fills out its ten-minute span with a remarkable narrative line of thematic, harmonic and rhythmic development that is always organically convincing and never artificially contrived. The sounds Coleman elicits from the orchestra are sonically beautiful and bracingly clear. Her harmonic palette clearly derives from the major/minor tonal tradition of great classical music securely based upon folk and popular idioms, yet there’s never even a hint of “neo-this” or “neo-that” pastiche. It’s all her own and Nezet-Seguin and the Philadelphians gave it a splendid reading Saturday evening.

Grimaud caught both the razzle-dazzle and modal lyricism of Bartok’s Third Piano Concerto, achieving Technicolor brilliance and melting eloquence from the score. Nezet-Seguin led the Orchestra in supple support.

Our young maestro may not yet have achieved his own distinctive interpretation on Dvorak’s thrice-familiar “New World” Symphony, but he drew playing of memorable potency and touching lyricism from the sections and individual players of the Philadelphia Orchestra for an audience that sadly didn’t quite fill Verizon Hall.

Opera Philadelphia opened its 2019-20 season at the Academy of Music with a dazzling, mad hatter production of Sergei Prokofiev’s “The Love for Three Oranges” Sept. 20 and 22. For those of you who fondly remember “Rocky and His Friends” and the segment entitled “Fractured Fairy Tales,” this is the operatic production for you. Fortunately, you can still catch it either Friday or Sunday, Sept. 27 or 29.

Although I’ve been reviewing local concerts, ballets and operas since 1976, Sunday afternoon was my first encounter with this particular Prokofiev opus. Although I don’t know if I’d ever care to see it again, I’m glad I caught it this time around.

Based on a libretto written by the composer and Vera Janacopoulos, which itself was based on Vsevolod Meyerhold’s adaptation of the play by Carlo Gozzi – talk about “whispering down the lane” – “Three Oranges” successfully avoids even a passing nod toward reality. It’s almost as though the opera was intended to debunk not just romanticism on the operatic stage but “verismo,” as well. And yet, even if it isn’t as delightful as the Disney concocted fairy tales of our era, it can be a lot fun to see and hear as long as the staging and musical direction don’t give the audience even a second for serious thought. Its mish-mash of mishaps and happy endings might just induce vertigo.

And that’s exactly what Opera Philadelphia’s presentation achieves – not a wasted moment from start to finish. Director Alessandro Talevi may have opted for a tad too much activity onstage for my tastes, but there wasn’t a dull moment Sunday afternoon. Conductor Corrado Rovaris drove his singers and players with a firm hand, yet not without sufficient time to project the plot and score’s zany intricacies. And if no particular member of the cast stood out, that was probably as it should have been for an opera that is truly an ensemble piece.