Chestnut Hill has the pumpkin spice for your fall-flavored fix

Paris Bistro has your pumpkin-flavored pasta cravings covered with its pumpkin gnocchi dish. by April Lisante I began thinking about it around Labor Day. Sure, I still had Manco & Manco Pizza in …

Chestnut Hill has the pumpkin spice for your fall-flavored fix 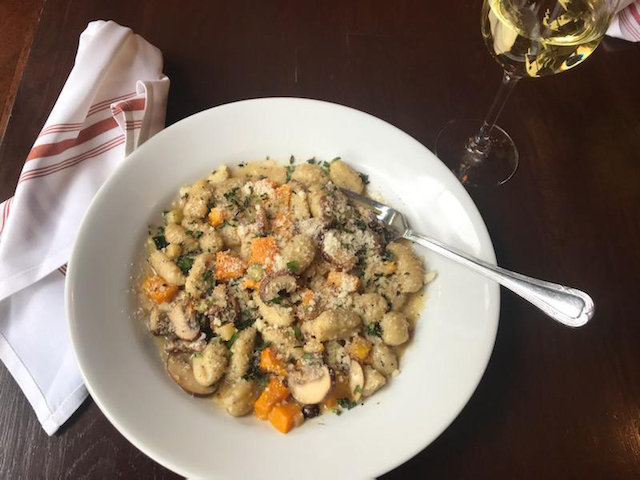 Paris Bistro has your pumpkin-flavored pasta cravings covered with its pumpkin gnocchi dish.

I began thinking about it around Labor Day. Sure, I still had Manco & Manco Pizza in my refrigerator from my summer boardwalk food frenzy finale in Ocean City, New Jersey, but it was already on my brain: pumpkin spice.

I managed to hold out until last week, when I got my first official fix at the Chestnut Hill Coffee Company. A nice, big, hot pumpkin spice latte.

But I am far from done. It is October, and the pumpkin flavors are calling.

Back in 2003, a Starbucks think-tank said, “Yes, a pumpkin spice coffee flavor would be a huge hit.” When they debuted it, the barista code on the cups was PSL, and a love affair began. So what exactly is pumpkin spice? It’s the heavenly mixture of nutmeg, cinnamon, allspice, ginger and cloves. We typically use it to make pumpkin pie, but it’s become a fall staple in so many different ways.

Is it only a seasonal love affair for the Northeast U.S. as the leaves are falling and the fire pits are igniting? No. It has pervaded America. My college daughter is crying about the lack of falling leaves in Miami. But you can rest assured I’ve already seen the Instagram pics of her and her collegiate friends sipping PSLs at Starbucks in paradise right now.

This week, I have been bitten by the pumpkin spice bug, and I want to pass it around. But I’m not talking simply coffee here. If you walk down Germantown Avenue, you’ll find the restaurants and shops are already heeding the fall call, with pumpkin spice beginning to appear in lunches, on dessert menus and in cocktails.

Wondering where to get your first fix of pumpkin this season? Here are the local places already paying tribute to fall’s favorite flavor: 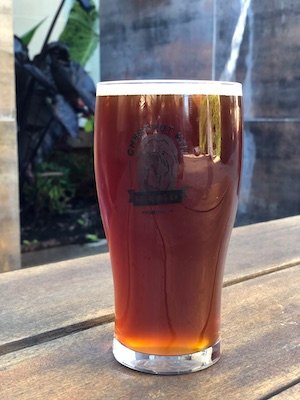 • At Night Kitchen Bakery (7723 Germantown Ave.), owner Amy Edelman said customers began asking for her pumpkin pound cake weeks ago. A slice of heaven served with cinnamon and sugar icing, the pound cake is the fall favorite there.

“By Sept. 1, I was getting tons of requests for the pound cake,” laughed Edelman.

Not one to leave it at pound cake alone, Edelman whipped up some pumpkin chocolate chip cookies, as well as pumpkin cupcakes topped with a cream cheese frosting and candied pecans.

And she just rolled out the pumpkin pies. They actually take holiday orders from now until the bitter end.

• At Paris Bistro and Jazz Café (8235 Germantown Ave.), chefs are debuting a vegetarian gnocchi for lunch this week, featuring pumpkin, mushrooms and Parmesan in a savory broth. On the dinner menu, you’ll find a roasted pumpkin and broccoli rabe salad with dried cranberry, French feta cheese, spinach and arugula.

• At Baker Street Bread Co. (8009 Germantown Ave.), the pumpkin spice breads are already in the oven. Pumpkin quick bread is available every day, but you can find the pumpkin cranberry bread on Fridays, Saturdays and Sundays.

• Down the street at Bredenbecks Bakery and Ice Cream Parlor (8126 Germantown Ave.), they are taking advantage of the Indian summer weather with pumpkin ice cream. But they’ve also begun the pumpkin pound cakes, pumpkin cupcakes and even pumpkin pies.

• While it’s fun to sip your morning pumpkin latte, what could be better than having pumpkin in the evenings – with alcohol? At Campbell’s Place (8337 Germantown Ave.), owner Vanessa Mullen went all out to create cocktails evocative of fall evenings. One of their fall cocktails called Harvest Moon features amaretto, a little bourbon, maple syrup and some clove and cinnamon to mimic good old pumpkin spice. It is finished off with a “spicy and savory” rim of chili sugar.

“Pumpkin, cinnamon, savory-sweet spices … you definitely get a taste of fall in each one,” Mullen said. “We are excited to have everyone try them and see for themselves.”

• At the Chestnut Hill Brewing Company Taproom (8221 Germantown Ave.), the “Mighty Pumpkin” is on tap. This is no joke, as it is brewed with 25 pounds of neck pumpkins (sorry pumpkins) and roasted with brown sugar, cinnamon and nutmeg. The Taproom restaurant opened last month next to the Market at the Fareway.

• I am totally psyched about the Weavers Way (8424 Germantown Ave.) offerings. This goes beyond imagination with chai pumpkin spice s’mores. They are ready-made s’mores to take home. But if you love to slather your morning toast with butter or if you are a creative baker, there’s the McCutcheon’s pumpkin butter to consider. It’s like butter, but better – a jar of spreadable smooth, sweet, pumpkin puree. Weaver’s Way also has Lake Champlain Pumpkin Spice snack bites, which is another fast way to get a fix.