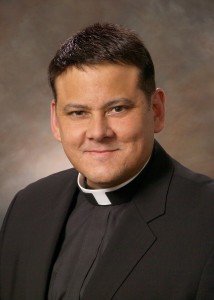 Father Jim St. George walked out to his mailbox Feb. 18 with his golden retriever Tucker. He opened a letter from Chestnut Hill College, where he has taught theology for about two years, expecting to find a new contract. Instead, the letter stated: “Your services are no longer needed.” He began to cry.

St. George, 44, said he would “hate to think” that his homosexuality was a factor in the school’s decision. “I don’t hide the fact that I’m openly gay,” he said.

But he can’t be sure, because Chestnut Hill College has not said anything to him regarding his termination.

“Be honest with me and say, ‘here’s why we had to let you go,’” St. George said. “I felt like a criminal, that I had done something so bad they couldn’t even meet with me.”

St. George has been the pastor of St. Miriam Catholic Church in Blue Bell for three years. St. Miriam is a part of the Old Catholic Apostolic Church of America, which allows its priests to be gay, straight, celibate or married. St. George said he has been in a relationship with his boyfriend for 15 years.

“Obviously knew my parish, it was never hidden,” St. George said. “But I never sat down and put [that I’m gay] on paper.”

A Chestnut Hill College spokesperson said the school would release a statement on Monday.

St. George said he believed that an e-mail Blue Bell attorney James J. Pepper sent last week to Cardinal Justin Rigali, Archbishop of Philadelphia, influenced his firing. Pepper forwarded the e-mail to Daily News columnist Ronnie Polaneczky, who reported that Pepper described St. George as “quite plainly a heretic” and that his teaching at a Catholic institution as a homosexual was “scandalous.”

Pepper is a former high school teacher in the Philadelphia Archdiocesan school system. Phone calls to his office were unanswered.

Archdiocesan spokesperson Donna Farrell confirmed that the Archdiocese had received the letter, but had not taken any action.

“The Archdiocese had no conversations with Chestnut Hill College regarding [St. George],” she said.

“Obviously this Jim Pepper has influence,” said St. George. “I think it has more to do with politics and money than with who I am as an individual.”

Since last week, St. George has been besieged with phone calls, e-mails and text messages from his students offering their support.

Chestnut Hill College senior Jessica Murray took one of St. George’s classes last fall. She found out about his firing on Tuesday.

“To find this school that claims to be more spiritual than religious has fired him without warning … is ridiculous,” Murray said in an e-mail to the Local. “I am disgusted with this school and will not be returning to this school for my master’s degree.”

St. George said he never shared his homosexuality with his students because it was “not relevant” to the coursework. But in the classroom, he did like to “peel back the onion and find the truth” on a wide array of controversial issues.

Murray has started a petition for Chestnut Hill College to rehire St. George.

“I would hope they would ask me back,” St. George said. “But my mission and the rules they state have to be lived out, and I don’t see that.”

Before his firing, St. George had been preparing for the start of one of his classes –“Theology and Justice.”