Scott Browning, a full professor of psychology who has been at Chestnut Hill College since 1988, has authored several books on family dynamics and is a renowned researcher on stepfamily … 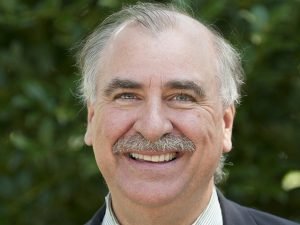 Scott Browning, a full professor of psychology who has been at Chestnut Hill College since 1988, has authored several books on family dynamics and is a renowned researcher on stepfamily relationships.

Unless you are part of a stepfamily, you have probably not thought too much about the ramifications of being a stepfamily member. But Scott Browning has. Browning, 61, a Ph.D. professor of psychology at Chestnut Hill College for the past 29 years, is arguably one of the nation's top experts on stepfamilies.

Browning, who had a stepmother himself growing up in Fairfield, Connecticut, after his parents divorced, recently published his third book in a series of publications about working with contemporary families. "Contemporary Families at the Nexus of Research and Practice" provides additional resources for understanding and working effectively with a wide variety of family types.

“I was always interested in psychology, and my dissertation was about stepfamilies,” Browning told us in an interview last week. “I just found it to be a fascinating subject. For example, I investigated 60 stepfamilies, and I found that the mothers would say they loved their stepchildren as much as their biological children, but the children often do not perceive it that way.

“They would say she pulls away. She is the same woman; the only thing different is that she remarried and is giving love to a new man. Often she is stuck in the middle. She is tugged on both sides by the new husband and by the children”

Co-edited by Browning and Brad van Eeden-Moorefield, Ph.D., MSW, the latest book is considered a major addition to the study of the contemporary family. It includes sections on families and divorce, stepfamilies, fragile families, addiction and families, families that have been victimized by homicide, families of Incarceration and re-entry, and cyberbullying and the family.

“This book is a cutting-edge addition to the bookshelf of any professional psychologist who needs to understand the complexity of working with families of all types,” said Cheryl Rothery, Psy.D., graduate program chair and director of clinical training in CHC’s department of professional psychology.

In 2012, Browning co-authored (with Elise Artelt) “Stepfamily Therapy: A 10-Step Clinical Approach,” the first book in the field to combine research and clinical therapy by practitioners in each area. He subsequently co-edited (with Kay Pasley, Ed.D.) and contributed chapters to “Contemporary Families” in 2015.

In “Stepfamily Therapy,” Browning points out that “the emotional turmoil that accompanies the transition from dating to stepfamily is often underestimated … The interaction between a stepparent and stepchild is the most likely cause of stepfamily distress … Harsh words may have been stated at an earlier time in the home, but those same statements reiterated in front of a therapist can be particularly humiliating.”

Browning says his goal with these books and the DVDs he has produced is to “create scholars who understand what the research and clinical practice involves so they can go out and do the practice. The shift in family types began in the 1960s when the post-World War II nuclear family gave way to the rise in what we called alternative families. We called them alternative to show that they are not somehow lesser than traditional nuclear family concept of mom, dad and two kids. Today, we use the term contemporary families. This may include a wide variety of family types — interracial, LGBTQ, incarcerated/returned, those parented by grandparents and those with children on the autism spectrum, to name just a few.”

Dr. Browning’s work also was recently recognized by the American Psychological Association (APA) Division 43, which named him the 2017 co-recipient of the award for “Distinguished Contributions to Family Psychology” to acknowledge his special contributions to the advancement of teaching, research, public policy and/or practice in family psychology. He told us that “for a Catholic college, Chestnut Hill College has supported me, and I give them credit for that since my research has included gay and transgender families.”

An article by Browning comparing Italian therapists and American therapists and how each perceive stepfamilies was recently accepted by the journal Research in Psychotherapy: Psychopathology, Process and Outcome. “What was interesting about the findings,” he told us, “was that while the therapists of both nations had clear ideas of some of the dynamics present in stepfamilies, the manner in which they treated these families showed significant differences.”

Another important issue for Browning, who had a private practice from 1988 to 2000, has been the fact that researchers like him and clinicians “talk different languages … only 28 percent of clinicians keep up with the research,” but he hopes that his books will bring them closer together. Browning still supervises clinicians at the low-fee Psychology Services Clinic of Chestnut Hill College, 1107 Bethlehem Pike in Flourtown, which is open to the public (www.chc.edu/psc).

Browning's wife, Joanne Ahearn, has a master's degree from Stanford in screenwriting. They have one son, Owen, 25, who has mid-functioning autism. Browning earned his master’s degree in education from Boston University and his Ph.D. from the California School of Professional Psychology.