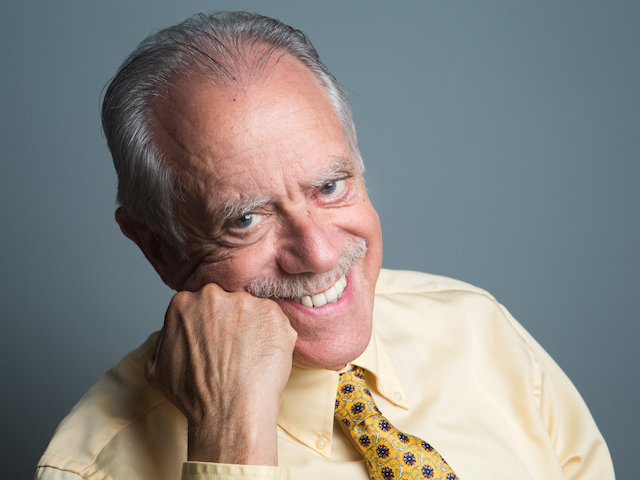 Author/educator John B. Simon is coming all the way from Helsinki, Finland, to the Chestnut Hill Library to speak about his remarkable book, “Strangers in a Stranger Land,” on Wednesday, Oct. 30 at 1:30 p.m.[/caption]

It is not likely that the Chestnut Hill Library will have a more interesting speaker this year or any year or one who has come a greater distance to speak than John B. Simon, author of “Strangers in a Stranger Land,” who will speak about his recently published book (Aug. 27) on Wednesday, Oct. 30 at 1:30 p.m.

Simon's book tells of an almost unbelievable story about World War II that almost no one in the U.S., even those who have read extensively about the war, are aware of. At the beginning of World War II, there were 3.7 million people in Finland, according to Wikipedia, about 1,800 of whom were Jewish. In other words, out of every 10,000 people in Finland, approximately five were Jewish. (Today there are even fewer Jews, approximately 1,500, of whom 1,200 live in the capital city of Helsinki.)

What Simon's book points out is that even though Nazi soldiers were in Finland during WWII, not one Jewish person was killed by them. In fact, after bombs from Soviet planes were dropped on sites in Finland, Finland declared war against the Soviet Union (1941 to 1944), which meant that Finland was fighting alongside Nazi Germany against the Soviets.

According to Simon's research, 327 Finnish Jews fought for Finland during the war, 242 of whom were rank-and-file soldiers. There were also 52 non-commissioned officers, 18 officers and 15 medical officers. Additionally, 21 Jews served in the women's auxiliary. All told, 23 Finnish Jews were killed in action during the war.

Simon, 76, whose book deals with this little-known issue, grew up in Pleasantville, New York, entered Hamilton College in 1961, majored in English, spent his junior year in Paris and graduated in 1965. He received a master’s degree (1967) from Cambridge University, then moved to York in the North of England to prepare a Ph.D. on the works of Samuel Beckett. After three years at York, however, he delivered a university lecture series on racism in America and abandoned his largely completed thesis work.

While at Cambridge, he played on the university basketball team with a Finn who became a very good friend. In the summer of 1969, he visited the friend for a week in Helsinki and met a woman, Hannele, who would become Simon's wife in 1970 in Finland. They moved to Manhattan, where both became educators.

In 1982, Houghton Mifflin published “To Become Somebody: Growing up Against the Grain of Society,” Simon's account of “how we had worked to counteract some of the ways in which the school system and society had failed these youngsters.” After publishing the book, the Simons took a sabbatical year and went with their children, Mikko and Elina, to Finland, where they moved permanently in 1983 because “the social practices and education systems were more closely aligned with both of our values.”

Simon worked for the KONE Elevator Company as editor of the firm’s global in-house magazine, which was written in English. In 2009, he published “KONE’s Prince,” an authorized biography of the company’s colorful long-time President and Board Chairman, Pekka Herlin. It sold 90,000 copies in Finland (in Finnish translation, of course) in a country of five million people.

“The tradition had been to write laudatory encomia of business leaders, although it was widely known that many of them had serious problems with alcohol, relationships, etc.,” said Simon. “My book was considered by many reviewers to have broken the mold because I got close relatives and colleagues to speak openly and honestly about him. It is still one of the best selling nonfiction books in the history of Finnish publishing.”

A journalistic colleague gave Simon a booklet in 2009 that made claims about how Finland’s Jews had fought openly under German command in WWII and were not persecuted.

“I found this impossible to believe and decided to investigate,” said Simon. “There were fewer than a dozen Jewish war veterans still alive at the time in Finland, and I realized there was little time left.

“I interviewed them, read all I could find, spoke to historians and veteran politicians as well as sons and daughters of other Jewish veterans in an attempt to understand what had transpired. Eventually, I understood that I had to tell this story to the rest of the world and try to correct some of the misunderstandings about Finland’s position at the time that it decided to join the German assault on the Soviet Union.”

Simon's book on the subject, originally entitled “Mahdoton sota (The Impossible War),” was published in 2017, Finland’s centennial year. Despite being a hybrid of fact-based fiction and historical research, the book was short-listed for History Book of the Year and awarded Honorable Mention. It has now been published for the first time in its original English as “Strangers in a Stranger Land.”

When they travel to the U.S., the Simons will spend 30 days here, during which John will make 28 presentations about the book, including the presentation at the Chestnut Hill Library. They will speak to Finnish-American societies, Jewish congregations and community center audiences and at libraries and book stores along the way.

“I have spoken to numerous groups in Finland about my book. Although people, especially older people, know their WWII history well, few knew much about how the tiny community of some 1,800 Jews fit into it. Even the Finnish community thanked me for 'coloring in the outlines of their history’ for future generations ... As a Jew, I could relate somewhat to the difficulties experienced by the Jewish settlers, but their experience was certainly farremoved from anything I experienced in suburban New York or Manhattan.”

“Strangers” can be purchased through Amazon. For Chestnut Hill Library information, call 215-685-9290. Len Lear can be reached at lenlear@chestnuthilllocal.com

From Broadway and Tony Awards to Act II in Ambler