Chestnut Hill Film Group's “Tuesday Nights at the Movies” concludes on Dec. 3 with the 1982 film “Diner.” In Baltimore, 1959, lifelong friends and twenty-somethings meet at an all-night … 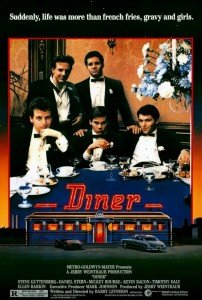 Chestnut Hill Film Group's “Tuesday Nights at the Movies” concludes on Dec. 3 with the 1982 film “Diner.”

In Baltimore, 1959, lifelong friends and twenty-somethings meet at an all-night diner, their refuge away from the world. When they reunite to celebrate the wedding of one of their own, something is different. They each have newfound issues of their own – family, children, debt, alcohol – but together they share an impending problem of another kind: adulthood.

Directed and written by Barry Levinson, the film stars Steve Guttenberg, Daniel Stern, Mickey Rourke, Kevin Bacon, Ellen Barkin and Tim Daly. It was nominated at the 1983 Academy Awards for Best Screenplay. It currently has a 91 percent rating on Rotten Tomatoes.

The movie begins at 7:30 p.m. Tuesday, Dec. 3, at Woodmere Art Museum. Doors open at 6:30. Admission is free, although donations are recommended.