Catching up with Lynn Hoffman. Also: Peter Mayle eats his way through Brooklyn

by HUGH GILMORE Irony Department I haven’t seen Lynn Hoffman, the Mt. Airy writer, for a few weeks, but he assures me he’s on the mend. Though he owns a house in South Philly, ran a restaurant in …

Catching up with Lynn Hoffman. Also: Peter Mayle eats his way through Brooklyn

I haven’t seen Lynn Hoffman, the Mt. Airy writer, for a few weeks, but he assures me he’s on the mend. Though he owns a house in South Philly, ran a restaurant in upstate New York, worked as a photographer in the Caribbean, lived in Europe several times, sailed in the Merchant Marine for years and is actually from Brooklyn, I always refer to him as a “Mt. Airy writer” so he seems Local-worthy. 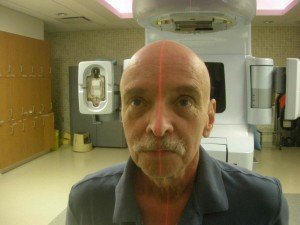 Lynn, you may recall, is the novelist/poet/food and beverage writer who virtually discovered overnight that he had throat cancer. Stage 4, by the time the symptoms became dramatic enough to get him an accurate diagnosis. That was back in August.

From September into November I had the privilege of driving him to Fox Chase Cancer Center a few times a week. Except for the motion, and the traveling motive, our ride conversations felt like continuations of our usual porch talks. Drive and talk. Same routine every time: arrive at the Cancer Center (which is an amazement — like a friendly village set within a reality-based theme park) check in, weigh in, walk into a big dimly lit room, get strapped down, and radiated. Then he’d put his coat back on, walk out and ride home, a little quieter from being zoned out after the orgasmatron beat-down.

The radiation destroyed his salivary glands and nauseated him. As you might expect, these effects destroyed his appetite. An ironical twist for a man whose career was constructed around his love of good food and drink. And even when he tried to force himself to eat, most food nauseated him. So he started losing weight. And each day, this muscular guy who started out with a big torso and thick arms slipped farther into his shirt and jacket, until by the culminating 35th day of radiation he looked like a little kid wearing his big brother’s clothes.

But not a word of complaint, even when asked. Never a comment to contrast other people’s ongoing pleasures to his own ordeal. The same pleasant, considerate, world-curious person every day. Amazing. A mensch, as they say. Er war ein Mensch through the whole treatment.

I want to direct you to Lynn Hoffman’s Internet blog. I also want to tell you that the blog, which is in diary form – you’d do best to start at the beginning and work forward – is just flat-out good writing. You do not have to brace yourself to confront the gruesome while someone smiles through the tears. Hoffman is compassionate and gentle with the curious and sympathetic reader.

His story blog is driven by a fascination with the nuts and bolts of treatment, incredibly bold intellectual curiosity, and a delicious sense of irony. It deserves to be made into a book, and it probably will, when his energy returns.

You can find “Radiationdays.com” simply by typing that title into the address line on your computer and telling it to go there.

“Be not the first to try the new, nor yet the last to lay the old aside.” Spoken by a wise old sage (attribution, anyone?), but I feel more like Denny Dimwit of the Rinkydinks in the old Winnie Winkle comic strip. I’m referring to my slowness to adopt “new” technology.

We had to drive to New York’s Lower East Side last Tuesday and for the first time in my life I listened to a literary audiotape as we rode along. Please don’t ask me why I never tried this before. I have no excuse other than the fact that I prefer to live a low-stimulus life. I don’t even listen to the car radio, considering it an interference with an opportunity to sort out my thoughts.

But the Free Library Andorra Branch has been giving away deaccessioned audiotapes and my Francophile wife, Janet, took one and told me she’s been enjoying it as she merrily motors about town. The tape features actor Simon Jones reading Peter Mayle’s “French Lessons: Adventures with Knife, Fork, and Corkscrew.” (2001) I thought I’d give it a try on the ride to New York. We started it rolling as soon as we got off 309 onto the turnpike.

Alors! Where’ve I been all my life? Another fine pleasure I’ve overlooked. Why? Well, first, I’ve considered audiobooks to be a cheat: it’s not the same as reading!

But now, who cares? Would the author be happy to know I listened to his story? Of course he would. Am I better off for having heard it? Of course I am. Sometimes the restrictions I place on my life are genuinely stupid.

Second, while I love travel books, I just “don’t do Europe.” The whole continent seems stagnant and snotty and, well ... it’s been done ... just so thoroughly overexposed. Give me the Outback, or the Gobi Desert, or the Patagonian Express. And Peter Mayle — while I’d never read anything by him, I knew all about him. Too smarmy, too cute for words, too caught up in the miracle of sunshine. Boy was I wrong.

We zoomed through the Pennsylvania Turnpike, onto the Jersey Turnpike, over the Goethals Bridge and the Verrazano Bridge, through Queens and Brooklyn, in bliss. Mayle’s book consists of entertaining vignettes describing the adventure of attending local culinary festivals in France. From frog’s legs through truffles to snails, Mayle covers them all with subtle English wit, an amateur’s gusto, and an eye for offbeat local detail.

And all the while, as cars behind us beeped to insist we hurry up, and graffiti whizzed past on Brooklyn walls, we braced up and smelled the garlic. Suddenly, as though we’d been beamed up there, we were parking our car on Essex Avenue, just off Houston Street, in the Bowery. Now I want to find an excuse to take another long ride.

Late December is the time for “Year’s Best” lists, so lets do one together, shall we? Please send me an e-mail (gilmorebookshop@yahoo.c- om), or drop a note to the Local office, telling tell me your choice of the Best Book(s) you’ve read this year. Your nomination doesn’t have to have been published this year. I’ll pull together the nominees in an end-of-year column.

51 Marathons: Now that’s Something to Talk About!