Cared for others, despite her own rare cancer - Local woman provides retreat for stressed out caregivers

Lewin created Nancy’s House after realizing that the devastating effects of burnout for those caring for seriously ill loved ones were “a recurrent theme.”[/caption] by J.B. Hyppolite When …

Cared for others, despite her own rare cancer - Local woman provides retreat for stressed out caregivers 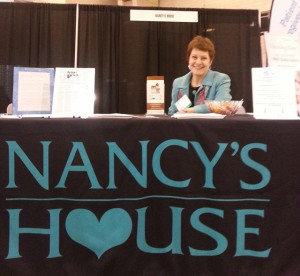 Lewin created Nancy’s House after realizing that the devastating effects of burnout for those caring for seriously ill loved ones were “a recurrent theme.”[/caption]

When Elissa Lewin, 59, of Wyncote, became a caregiver for an elderly family member more than a decade ago, she sought the help of a massage therapist, Nancy Brown. Nancy had a son with autism, and it was a question they discussed in 2001, "Wouldn't it be nice if there were a place for us to go to be taken care of the way we take care of other people?" that planted the seed for a facility to do just that. As a result, Elissa eventually developed Nancy's House. The name is a thank-you to Elissa's friend.

A licensed psychologist, Lewin opened Nancy's House late in 2004 at 440 Deaver Rd. in Wyncote as a “caregivers retreat.” It's a not-for-profit program specifically constructed to meet the needs of family caregivers. Elissa has maintained a private practice in psychology for over 20 years. During that time, she also worked for 10 years as an adjunct therapist for the Council for Relationships.

Prior to starting her own practice, Elissa worked in human services, serving people with developmental disabilities. Throughout her work experience, Lewin explained, the needs of caregivers and the emotional, physical and interpersonal effects of burnout were “a recurrent theme.”

“The two things that impact family caregivers are isolation and exhaustion,” said Elissa. “Everything else cascades from that. What we do is really attempt to hit those two factors straight on.”

Elissa's road to Nancy's House started with taking care of her mother-in-law. It was during this time that Elissa herself came down with a rare form of cancer, chronic lymphocytic leukemia, that is typically found in much older people. Considering her younger age at the time, Elissa wondered why she had developed such a cancer, and she came to believe it was due to her immune system undergoing high levels of stress. After further research, she found that many caregivers routinely deal with very high levels of stress.

Elissa became a full-time caregiver in 2000 in order to care for her father-in-law. She cut her work hours to take care of him. “I would take care of him all day and then go to bed at night, but I would hear him up and around, so then I would get up. I never considered the toll it was taking on my body.” Elissa's father-in-law lived at her family's house for five years until he died.

“I had just had the first solid night's sleep that I had in five years,” she said. “I hadn't even realized how exhausted I was.” Elissa further conducted research (authored by Dr. Elissa Epel) and found that telomeres were stronger in parents with healthier kids than in parents with ill kids. (Telomeres are caps at the ends of chromosome bundles.) At a cellular level the parents with ill children were 10 years older than their counterparts. It was the first study of its kind that marked the physiological effect of stress on the body. All of this ties in to the stress caregivers endure.

“Here's what we know about caregiving,” said Elissa. “We know there are increased risks of heart disease, high blood pressure, metabolic syndrome, diabetes, certain cancers that are related to sleep disturbance and high rates of major depression.”

Nancy's House runs full and mini-retreats. The retreats are meant to give caregivers relaxation, the ability to bond with each other and support each other. Full retreats last three days and two nights while a mini- retreat lasts one day. There will be a mini-retreat on Saturday, May 31, at Normandy Farm in Blue Bell.

“It starts with breakfast all the way through dinner,” said Lewin. “This is a full day away. You don't have to cook; you don't have to think, and so this is a full day in a peaceful setting with other caregivers who are walking the same path, who know what it's like day in and day out to do this.” The day features yoga , support groups and stress management techniques.

Nancy's development of mini-retreats came after meeting with an ALS group in Chestnut Hill. “A whole new approach for Nancy's House to serve caregivers was born in Chestnut Hill,” said Elissa.

The guest fee for mini-retreats is $50 while fees for full retreats range from $75 to $200. The fees cover meals, activities and materials. Caregivers who go to Nancy's House are able to use a caregiver of their choice at home, and if no one is available, they will help get one from a home care agency.

According to Debbie Parra, a caregiver who has stayed at Nancy's House, "Elissa is a miracle worker, an example of the butterfly effect. She moved her wing, and the breeze it created came through and blew out the cobwebs in my world from the last year.”

Jennifer T., another local caregiver who has stayed at Nancy's House, added, “What Elissa does for people like me may add years back on to our lives.”

Elissa was born in Philadelphia and went to Girls High School. She earned her B.A. in psychology from Muhlenberg College in Allentown and a Masters in community psychology from Temple University. She's been a licensed psychologist since 1986.