Brandon (left) and Terrell were always as close as two siblings could possibly be. (Photo courtesy of Brandon Bruce) by Sue Ann Rybak Brandon S. Bruce was devastated when he learned his fraternal … 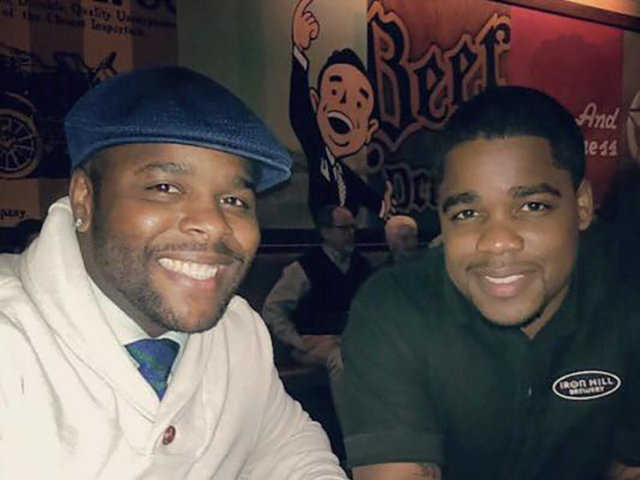 Brandon (left) and Terrell were always as close as two siblings could possibly be. (Photo courtesy of Brandon Bruce)

Brandon S. Bruce was devastated when he learned his fraternal twin brother Terrell L. Bruce, 33, of Mt. Airy, was shot in the head and killed on Dec. 27, 2016, by his former estranged girlfriend Martina Westcott while driving his SUV on the 500 block of Walnut Lane in Germantown.

Brandon, who is seven minutes older than Terrell, said that while his brother’s death is a senseless tragedy, it would be a true travesty if all of Terrell’s charitable efforts were to cease with him. “I don't want the last impression of Terrell to be some sensationalized story of how he died,” he said.

“I want it to be about how he lived his life; helping others by providing free credit counseling, serving his community by volunteering and leading education and outreach events.  I want people to know about how he persevered in the face of adversity and hardship in such a way that truly demonstrated the indomitable Philadelphia spirit of always doing your best, trying hard and never giving up.”

Brandon, a lawyer who works as a regulatory counsel at the U.S. Food and Drug Administration in Maryland, described his brother as “a selfless, hard worker, widely known for putting the interests of others ahead of his own.”

Recently, he created the Terrell L. Bruce Memorial Fund to continue his brother’s legacy of community service and academic excellence. Ironically, Terrell, who graduated from La Salle University in 2008 with a Bachelor’s in Science, was founder and president of the Nathaniel M. Kirkland Foundation, which he started in memory of his younger brother Nathaniel Kirkland, who drowned in Guatemala during a service mission for Dickinson College.

Brandon said The Terrell L. Bruce Memorial Fund will oversee the Nathaniel Kirkland Scholarship, which provided academic scholarships and other scholarships to youth in the community to help the recipients “reach their fullest potential.”

Germantown resident Kim Williams, owner of the Mt. Airy Performing Arts Center, 230 E. Gowen St. in Mt.  Airy, said Terrell, who was also a realtor at RE/MAX, was the definition of the “Be the Change.” “He was always looking for places to give back in the community,” she said. “That’s what he wanted more than anything. A portion of every house he sold went into the Nathaniel M. Kirkland Foundation to help someone continue their education.”

Kim Williams described Terrell Bruce as “Everybody’s cheerleader,” who donated funds to Mt. Airy Performing Arts so that “several children in the community could attend the center on scholarships for one year.” Williams added that she was grateful to have such “a good soul” be a part of her life. “He was going to provide four more scholarships to students in January.”

Williams hopes to continue his legacy by continuing to offer scholarships to needy students.

Kevin Jones, 34, who grew up in Mt. Airy, said he first met Terrell in sixth grade at Henry H. Houston School in Mt. Airy. “Terrell was the new kid in sixth grade, but he instantly became everyone’s friend because he was good at sports,” Jones said. “Everyone wanted him on their team. We used to call him Bruce. He was hilarious. He was very charismatic, even at a young age, but very humble.

“Every morning my mom would take Terrell, Brandon and me to Roxborough High School. We were in JROTC (Junior Reserve Officer Training Corps) together. Terrell made everyone feel comfortable. Even though he was just a kid, he was very mature.  When Terrell was in eighth grade, his mother died from cancer. He was supposed to be in my wedding in May. Now instead, I will be one of his pallbearers.”

Ajourdi Hargrove, who grew up in Mt. Airy and worked with Terrell at Allens Lane Summer Camp, remembers him as “a well-mannered young man with a beautiful smile. He was one of my counselors or CITs (counselors in training),” she said. “He was a great influence on our kids. He was vibrant and funny. He reminded me of Chris Tucker a little bit. When I heard he died, tears just came straight down my face because he was such a genuinely loving person.”

Bill Simon, the parent of a child who attended Allens Lane Summer Camp, remembered Terrell, who was his daughter’s counselor, as a very positive person. “The last time I really got to talk to him was at the Iron Hill Brewery in Chestnut Hill,” he said. “It happened to be my birthday, and he treated everyone to desserts. It was a really, sweet gesture. It just showed the kind of heart he had. I was totally devastated by the news. To have someone with such a bright light in the world be extinguished is devastating.”

The kickoff event for the Terrell L. Bruce Memorial Fund will be held on Thursday, Feb. 23, at the four Iron Hill Brewery locations (Chestnut Hill, North Wales, Maple Shade and Ardmore) where Terrell had worked.

For more information about the Terrell L. Memorial Fund go to www.terrelllbrucememorialfund.org.