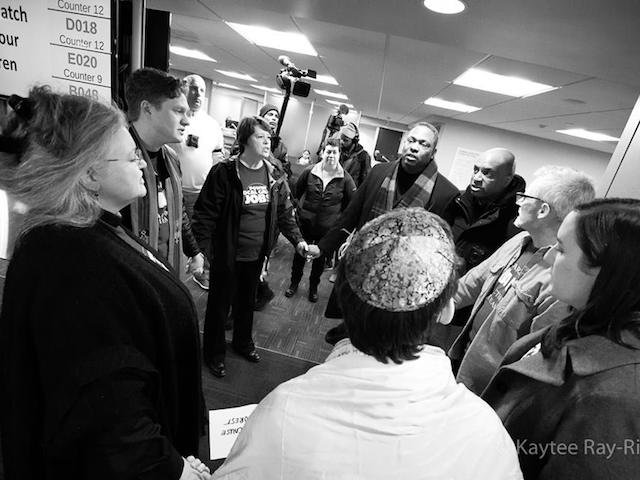 For the fifth time since the 2016 presidential election, award-winning author of three books, nationally recognized speaker, and 25-year activist Eileen Flanagan will be offering another online course in May titled “We Were Made for this Moment: Finding Your Role in Strategic Activism.”

Flanagan, a member of Chestnut Hill Friends Meeting, currently resides in East Falls with her husband, their dog, Spud, and “the stuff our two kids left behind when they went to college.”

A graduate of Duke and Yale Universities, Flanagan considers herself a lifelong learner from her writing, speaking, activism, weekly walks in the Wissahickon Valley and gardening. Flanagan is on a mission to help people make their activism more effective and spiritually grounded through her online courses.

For five years, she has served as board chair of Earth Quaker Action Team (EQAT), described on their website (www.eqat.org) “as a scrappy little group which successfully pressured one of the largest banks in the US to stop financing mountaintop removal coal mining.”

EQAT organization includes Quakers and people of diverse beliefs using nonviolent direct action to build a just and sustainable economy. Flanagan, 55, was raised Catholic but became a Quaker in her late 20s and has held an array of leadership positions over the past 20 years within the Chestnut Hill Friends Meeting.

“On the morning after the presidential election, while sitting in silence in Meeting for Worship, I felt a strong intuition to do an online course to share what I had learned in terms of being an activist,” said Flanagan. “I posted it on Facebook and got 180 people in the first round of the course. People from all over the country were hungry for community and wanted to know how to make a difference in this time.”

Flanagan received rave reviews, many of which are posted to her website, www.eileenflanagan.com. “The 'We Were Made for this Moment' class offers an overview of how change happens and identifying what your role can be,” she said. “At the request of my students, I started the second class on building a 'Non-Violent Direct Action Campaign' focused on a particular target.” 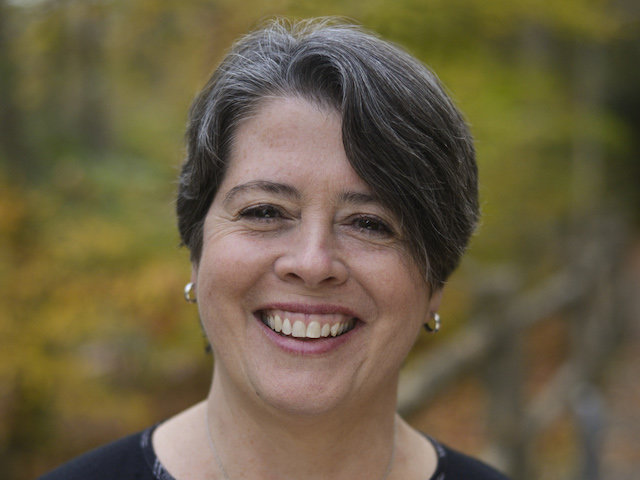 Award-winning author of three books, Eileen Flanagan, will be offering an online course in May, “We Were Made for this Moment: Finding Your Role in Strategic Activism.”[/caption]

There was a time when Flanagan stood outside of the old Borders bookstore in Chestnut Hill protesting the U.S. invasion of Iraq and the military presence in Afghanistan. “After a while, I despaired and wondered if it was making a difference. I was attracted to EQAT because it honored my Quaker and spiritual values and was very effective.”

Begun in 2015, the current campaign uses nonviolent direct action to pressure PECO, the largest utility in the state, to spur job growth through solar expansion in areas with high unemployment. “Over two years ago we met with PECO leaders demanding that they make a major shift to solar … their use of 20 percent solar by 2025. Only one-half of one percent of their general electric mix now comes from solar.”

The groups started with lower pressure events, citing 75 people dancing outside of PECO headquarters to the Electric Slide song. They also put together a giant puzzle and asked PECO to be part of solving the puzzle. In March, the group held a two-day Walk for Green Jobs and Justice, covering 100 miles around the PECO service territory in Philadelphia and surrounding counties to educate consumers.

Just before Easter, various religious leaders held a three-day protest at PECO that resulted in Flanagan and two-dozen others being handcuffed, arrested and escorted from the building. Locally, Rev. Linda Noonan of Chestnut Hill United, Rev. John Bergen of Germantown Mennonite Church, Walter Hjett Sullivan of Green Street Meeting and Rev. Gregory Holston, Executive Director of POWER, were among those arrested.

Flanagan noted that as with the PNC campaign, the groups strategically start small and ramp up their efforts. She recalled that PNC bragged about being a “green bank” with Quaker roots, which she acknowledges was true when it was founded. But when they financed mountaintop coal mining, the groups put the pressure on slowly and then more forcefully.

“In the campaign against PNC, we learned that a powerful institution very rarely changes because of one protest or one action. It really needs to be a sustained effort over time. They care about PR and realized the story wasn’t going away.”

PECO, she noted, makes one million dollars a day in this region on average, and most of the money is going to its parent company, Exelon, and their shareholders. With a new CEO named at PECO at the end of March, the groups are committing to escalating their actions.

The online “We Were Made for this Moment” course begins May 16 and will meet four Wednesdays through June 6, 12-1:30 p.m. Recordings will be available. To register, go to www.EileenFlanagan.com.