Maureen wants to escape rural Ireland and live a different life. While this seems like a run-of-the-mill set-up, there is nothing mundane about "The Beauty Queen of Leenane." 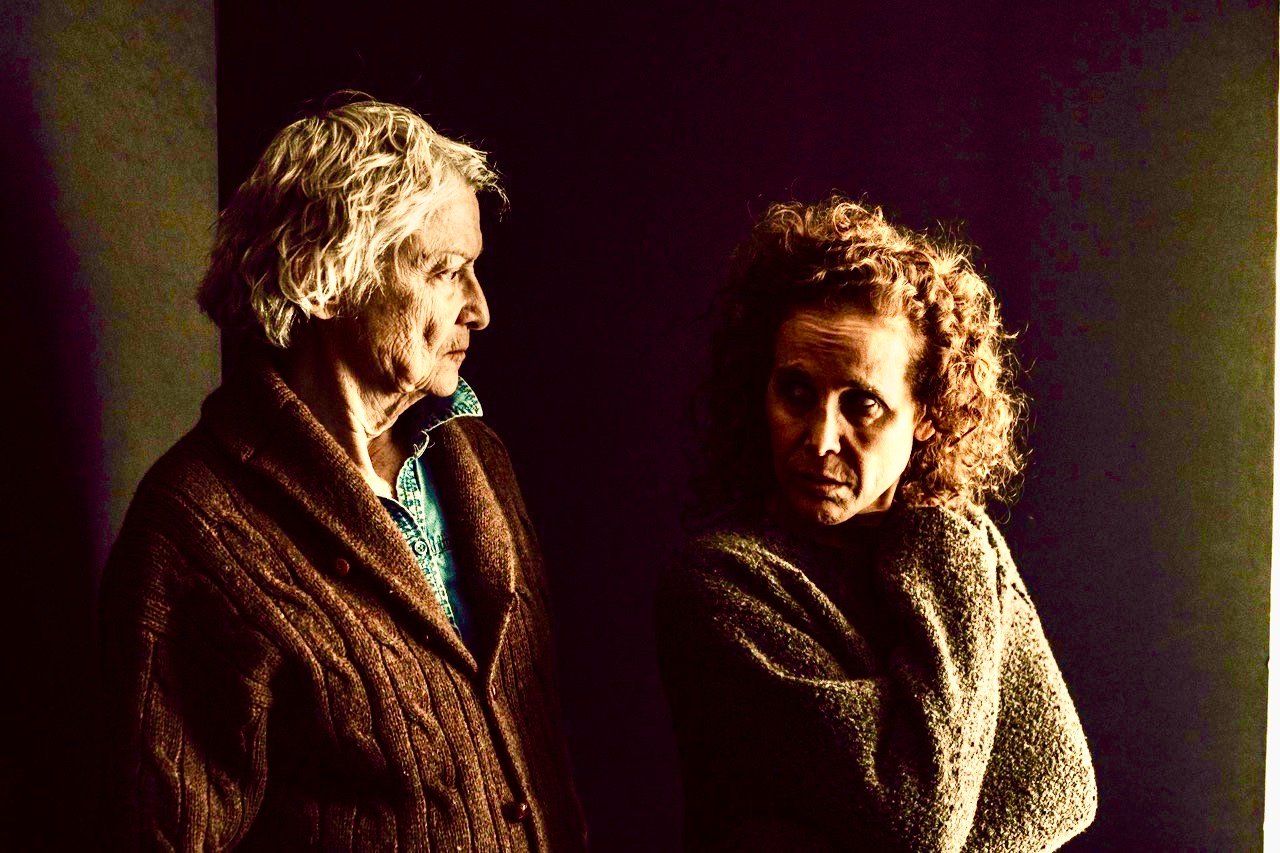 Paula Kem (left) performs with Rochelle Longwill in “The Beauty Queen of Leenane,” at Allens Lane Theater through Oct. 2.
Posted Thursday, September 29, 2022 12:00 am
by Hugh Hunter

Maureen wants to escape rural Ireland and live a different life. While this seems like a run-of-the-mill set-up, there is nothing mundane about "The Beauty Queen of Leenane," now running at Allens Lane Theater. A cast of characters dazzle on stage.

The main character is Maureen Folan (Rochelle Longwill). She tried to build a new life in London when she was younger. Now Maureen is 40 years old, and lives with her mother in a village in County Galway. Longwill is a picturesque Maureen as she thrashes around in her rustic cottage, as though trying to free herself from shackles.

Her mother, Mag Folan (Paula Kem), does all she can to stop Maureen's escape.  Kem is too subtle to glower in manifest anger, yet malignancy seeps into her every expression. Kem makes you feel Mag intends evil even when Mag smiles.

Pato Dooley (Steve Travers) is Maureen's love interest, a kind of last chance. She desperately reaches out to him. Pato comes across as honest when he talks about his feelings for Maureen. At the same time, Travers gets you to sense a lack of resolve.

Pato uses his brother, Ray Dooley (Steven R. Butler), to serve as intermediary in the budding love affair. Ray's involvement is fateful.  In some ways, he is a male version of Maureen, constantly out of sorts. You feel his pent up anger and suspect he could erupt into physical violence at any time.

Will Maureen break free of her mother's sinister grasp? Will Pato prove steadfast? Playwright McDonagh is a sure-footed storyteller who holds you in suspense, and the dramaturgy of director Josh Hitchens takes advantage of McDonagh's creative use of props.

McDonagh's Irish-English dialogue is lyrical, but his characters do more than gab. They take telling actions, which sometimes shock but feel true to character. An aura of mystery surrounds them. That is especially true of Maureen. To the end, she remains mysterious. You are never sure about what she did and is capable of doing.

The exotic Irish setting helps to make people in "Queen" seem larger than life. At its best, that is what theater does. Outsized as she is, you identify with Maureen. Who has never felt the urge to break away from the rut of routine circumstances and start a new life?

At the same time, "Queen" is more than domestic drama. Early in the play, Maureen argues that England is "the crux" of their problem. "Why are we sitting here speaking English?" she asks her mother.  But does Ireland's political history explain the horrible things Maureen and Mag do to each other?

"Queen" seems to answer "maybe." Maureen's struggle holds your attention to the end, when McDonagh creates a haunting ghost sequence between mother and daughter. He suggests their sick relationship cannot be breached, not unlike Ireland's relationship to England. It endures, even though both know it is a mess.