Bass’s victory came on the heels of a Friday court ruling that ordered her to allow Cain and three other committeepeople who had challenged her control over the ward to participate in ward meetings. 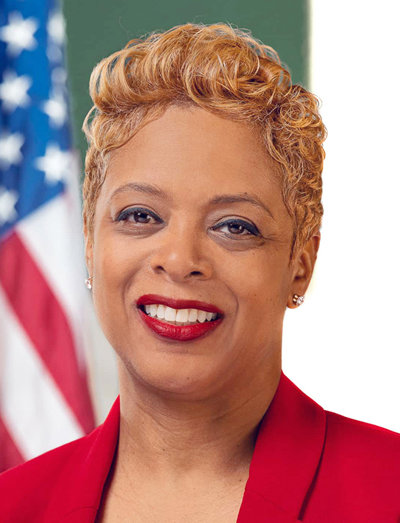 "I'm honored to have been voted ward leader again, and am willing to work with any and all who want to help our community and supported Ms. Cain,” Bass said in an emailed statement to the Local. “This is the moment for us to come together and unify our ward.”

Bass’s victory came on the heels of a Friday court ruling that ordered her to allow Cain and three other committeepeople who had challenged her control over the ward to participate in ward meetings.

In a lawsuit filed in federal court, Cain, Maurice Sampson, Michael Kleiner and Cynthia Albrecht alleged they’d been “shut out” of ward meetings since February 2020 and denied access to “street money,” which party leaders hand out to committeepeople on election day.

Friday’s ruling mandated that Bass “promote attendance and full participation, including voting, of all duly elected 22nd Ward Democratic Committee persons” in all future ward meetings, and ordered her to “fairly distribute the normal election paraphernalia accorded to all its members.”

Bass maintains that the caucus’ members were never shut out of meetings and that their claim is untrue.

“The court's ruling requires me to invite the plaintiffs to all ward meetings,” she said in a statement. “However, that is what I'd already done both verbally and in writing.”

Cain, who lost the last ward leader election to Bass four years ago when she received a nominal amount of votes in a four-person race, is also suing Bass in a separate federal case for allegedly violating her First Amendment rights by kicking her out of a Registered Community Organization she created. A hearing for that case is currently scheduled for August.

A trend toward open wards

Patrick Christmas, policy director with the Committee of Seventy and a member of Open Wards Philly, an organization that advocates for a more democratically run ward system, called the court order “striking.”

“It’s a heck of a shot across the bow from the courts as far as how wards should be governed,” he said. “It’s a pretty striking court order. It’s possible we could see others in the future based on what we see in other wards.”

According to Sampson, the ten committeepeople who said they were shut out of meetings ultimately sought to create an open ward in part by forming their own caucus, called the 22nd Ward Open Caucus.

Currently, the 22nd ward is closed, which means that Bass controls endorsement decisions. Had Cain won the election, she would have had the authority to make it an open ward and give committeepeople the chance to vote on endorsements.

The open caucus group spearheaded various get-out-the-vote efforts, pushed for committeepeople to have a vote on endorsement decisions and asked for more transparency regarding ward finances, Sampson said.

Sampson said this resulted in them being kicked out of the ward’s February 2020 Zoom meeting.

“Ultimately our behavior was seen as disruptive,” he said. “We were accused of working against the ward.”

Kleiner said he sees Friday’s court order as a win for all Mt. Airy residents.

According to Christmas, what happened in the 22nd Ward is part of a citywide trend.

“Traditional leadership is getting pushback,” he said. “The ward system was never really operated in a grassroots democratic fashion. It’s always been top down.”

But the ward system’s purposes have changed, he said.

The original purpose “was to provide constituent services,” Christmas said. “Today it's exclusively electoral, and that means the endorsements really matter, especially in low-information races.”

Those races include elections for judges, city commissioners, sheriff or register of wills, about which voters tend to be less informed. As a result, they’re more reliant on their ward’s endorsements.

State Rep. Chris Rabb, who represents Mt. Airy, said he sees a link between this push for open wards and the growing support for more progressive Democratic candidates.

There are currently only a handful of open wards in the city, including the 5th (Center City East), 8th (Center City West), 9th (Chestnut Hill), 27th (University City), and 30th (Graduate Hospital).

Although Cain fell short, members of the 22nd Ward Open Caucus have, like Bass, told the Local they’re committed to unifying the ward and moving on.