Award-winning poet: From Liberia to G’town, with love

Trapeta, who was born in Liberia, is a 2002 Pew Fellow in poetry and winner of a 2007 Leeway Foundation Transformation Award as well as two Pennsylvania Council on the Arts grants. by Lou Mancinelli …

Award-winning poet: From Liberia to G’town, with love 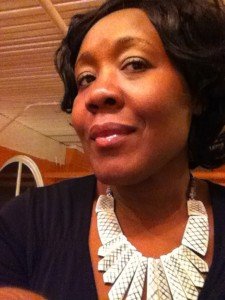 Trapeta, who was born in Liberia, is a 2002 Pew Fellow in poetry and winner of a 2007 Leeway Foundation Transformation Award as well as two Pennsylvania Council on the Arts grants.

When Trapeta B. Mayson came to the U.S. as an eight-year-old child with her family in 1975 from war-torn Liberia in sub-Saharan West Africa, she could not have possibly imagined that she would become a social worker and award-winning poet.

Mayson, a 2002 Pew Fellow in poetry and winner of a 2007 Leeway Foundation Transformation Award as well as two Pennsylvania Council on the Arts grants, has published her poetry in journals like The American Poetry Review and The Margie Review. She self-published her second book of poetry, “She Was Once Herself,” last year. For the past four years she has lived in Germantown at the Greene Street Artists Cooperative (GSAC).

She was recently featured during a Robins Poetry Series at Fergie's Pub in Center City, and she performed her poetry and music collaboration, “Sisterly Love,” with jazz guitarist Monnette Sudler at City Hall.

Together, Mayson and Sudler founded Sisters in Music and Poetry in early 2000 as a collaboration between jazz and poetry. The two have participated in arts education events throughout the country. They are in the process of recording their second album.

“But the woman who totally captures the spirit of the evening is Trapeta B. Mayson,” wrote the City Paper in a 1996 piece about a poetry reading. “A young African-American woman in a red skirt (and ‘a left handed poet,’ to boot) who reads ‘Womanhood — How You Gonna Wear Yours,’ punching holes in the notion that sisters, black or white, must ‘wear’ their womanhood via ‘booty shaking’ or ‘pseudo (feminist) bantering.’

“In her self-affirming poem, ‘I am a poet,’ barely glancing at her text, she joyfully slices the air with lines like ‘I am a slut for lingo,’ ‘freaky griot,’ ‘kinky for verbalism,’ ‘a skeezer for the word.’ Give that woman the gold cigar.”

Trapeta has also been a leader of the Painted Bride Art Center’s “Rock The Pen” monthly poetry workshop for high school students. Her (and their) art and poetry cover many themes: the nuances of being an immigrant living in the U.S., being a woman of color, young people living in urban communities who feel silenced and the impact of mental illness on families.

Trapeta has had a powerful impact on many young people she has mentored in these workshops. For example, Tyrone Jacobs, one former student, commented, “Ms. Trapeta gave me my dream, and I'm now …soooooo close to it. I want to thank her. I was 11 then, and I'm 18 now. I remember her introducing me to journaling. I journaled every day since I left Webster Elementary School for years until poetry was introduced to me. I truly appreciate her. I'm now working on my first poetry book and am also working on a novel. I'm trying to figure out why I love it so much.”

Trapeta started writing her own poetry in the fifth grade and first published in the mid-‘90s. “I wanted to tell the truth in poetry,” said Mayson, during a telephone discussion with the Local in April, which was also National Poetry Month. “I didn’t care what anyone thought.”

Mayson, 46, “finally started accepting” herself as a writer in her mid-30s. After graduating from Little Flower Catholic High School, she attended Saint Joseph’s University for a year. She left school, worked for two years and then enrolled in Temple University, where she earned a BA in political science in 1993. Two years later she earned a master’s in social work from Bryn Mawr College.

Mayson has made her career as a social worker. That has paired her with youths in varying situations from pre-school to college age. While she separates her work from her craft, the two do blend. For the past 15 years she has also taught various writing and poetry workshops and creative writing courses.

“I spent a lot of time thinking I had to be one or the other,” said Mayson. “A worker or an artist.”

But she discovered she can be both. Her approach to writing is the same approach she takes in her social work. She listens, figures out who the person is and refrains from judging.

Four years ago Mayson moved into the GSAC. An artists’ cooperative is a live-work opportunity. It is where a group of artists, connected or independent, live in the same place. It is a way to reduce costs and increase space and time for creation.

Located in a formerly vacant Greene Street factory building, it was incorporated as GSAC in December, 1991. Situated on a 1.5-acre lot, it was renovated into 17 studio units the following year with funding from the Pew Charitable Trusts, William Penn Foundation, etc.

Keeping peace in a coop can be difficult. “There’s an understanding that everybody’s different, and they all bring something to the table of life,” said Mayson. The art of living cooperatively “is really practicing the art of humanity… I think art is the bridge.”