At Hill church, not a ‘memory lane’ Christmas experience

At Hill church, not a ‘memory lane’ Christmas experience 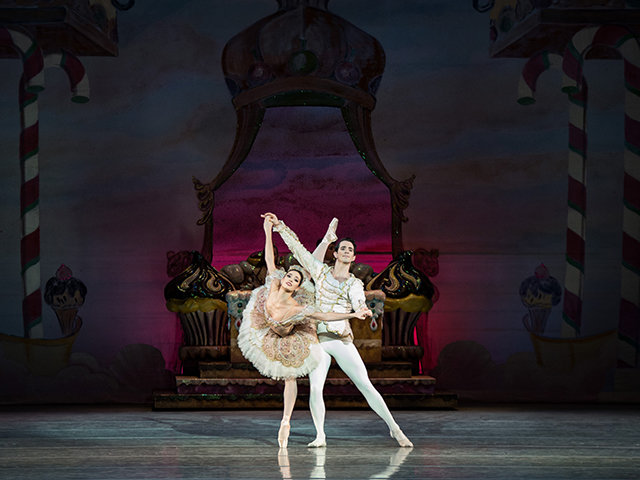 Donald Nally will lead “The Crossing @ Christmas” in two performances this weekend. The first, under the auspices of the Philadelphia Chamber Music Society, will take place Friday, Dec. 15, 8 p.m. in the Episcopal Church of the Holy Trinity on Rittenhouse Square in Philadelphia. The second will see the choir return to its home base Sunday, Dec. 17, 5 p.m. in the Presbyterian Church of Chestnut Hill.

“As you know,” Nally explained, “we have been selling out ‘The Crossing @ Christmas’ for years, and last year there were 850 people at Holy Trinity. Selling out a Christmas concert is not a big deal – high school choirs do it all the time – until we think about our repertoire, which is largely works no one in the audience has heard before. Ours is not a ‘memory lane’ Christmas experience but rather a ‘reflection on how it relates to our world’ experience.

“It does invite you to do shorter works than we normally do, and so I’m careful to pick a background story that holds the works together. This year it is motherhood, from the perspective of ‘home,’ which is to say, mothers welcoming or saying good-bye to sons, as Mary does in some of the works we sing. In fact, the world premiere on the program, by Michael Gilbertson, is to a beautiful poem by Nobel Laureate Wislawa Szymborska. It addresses exactly that theme in a very contemporary way, as does a local premiere by composer Nicholas Cline. The whole thing is a musical reflection on the connective threads that forever hold us close to home.”

The program also includes Gavin Bryars’ “the fifth century.” The Crossing’s CD recording of the work has been nominated for this year’s Grammy Awards. The choir commissioned and premiered the score in 2014.

“’The Crossing @ Christmas’ isn’t some Facebook page telling you what to think,” Nally said. “It’s rather like the open sky at night, inviting you to ponder.”

Among the most stylishly performed is “Have Yourself a Merry Little Christmas” from the 1944 MGM film, “Meet Me in St. Louis.” Although Judy Garland’s rendition is truly legendary, Eagleson wisely takes a different approach. Pierro’s arrangement evokes the colors and harmonies of Johnny Mandel’s “The Shadow of Your Smile” (from the 1965 Elizabeth Taylor film, “The Sandpiper”), giving Eagleson the sonic room to spin the melody around the hopefully nostalgic lyrics with a touching frailty so perfect for a world like our own – so fraught with trepidation for the future.

The album’s most touching number is “Some Children See Him,” and Eagleson puts every ounce of her heart into every word and note of the song. It, too, stands as a musical mirror against which we must judge our actions against our fellow citizens of the world. It would seem to be a verdict that leaves us wanting in the charity celebrated by the Christmas season.

The Pennsylvania Ballet opened its annual production of “The Nutcracker” Friday, Dec. 8, in the glorious Academy of Music. With choreography by George Balanchine to music by Peter Ilyich Tchaikovsky, “The Nutcracker” continues through Dec. 31.

With scenery by Peter Horne, costumes by Johanna Lynn and lighting by Christopher Frey, plus the superb Pennsylvania Ballet Orchestra ably conducted by Beatrice Jona Affron, the Pennsylvania Ballet’s mounting is a visually dazzling, aurally arresting and dramatically focused rendition of this classic tale of a Christmas gift come to life just in the nick of time to save a little girl from a band of wicked mice and transport her to the Land of the Sweets.

Ava DiEmedio was a feisty Marie (the little girl), Rowan Duffy was a demonic Fritz (her little brother), and Graham Wissinger was a princely Nutcracker-come-to-life. Lillian DiPiazza was a sparkling Sugarplum Fairy, 13-year company veteran Ian Hussey was a dashing Cavalier, and Mayara Pineiro was an effervescent Dewdrop. Other standouts included a seductive Oksana Maslova in what used to be called the “Arabian Dance,” a smoldering Arian Molina Soca in what used to be the ”Spanish Dance” and is now “Hot Chocolate,” and Craig Wasserman in “Candy Canes.”

Music director Yannick Nezet-Seguin returned to the podium of the Philadelphia Orchestra to conduct a series of concerts in the Kimmel Center’s Verizon Hall Dec. 7, 9 & 10. The unusually long program consisted of three works: the Suite from Thomas Ades’ opera, “Power Her Face;” Leonard Bernstein’s “Serenade After Plato’s Symposium,” with Hilary Hahn as the violin soloist; and Jean Sibelius’ Symphony No. 1 in E minor, Opus 39. Although Ades’ “catch as catch can” amalgamation of music from a fine opera got Saturday evening’s music making off to a tedious start, both the Bernstein and the Sibelius received stellar readings.

Composed in 1954 and first performed by the Philadelphians in 1973 under Eugene Ormandy’s baton with concertmaster Norma Carol as the soloist, Bernstein’s “Serenade After Plato’s Symposium” is much more a symphonic reflection with a prominent violin solo line than it is a virtuosic violin concerto. Although the solo violin part stands out from the rest of the orchestral texture, it functions more as an additional commentary on the full instrumentation than as an independent warrior battling the symphonic forces of the full orchestra.

As such, it was the perfect vehicle to display Hahn’s remarkable gifts as a violinist. An alumna of the Curtis Institute of Music and the Orchestra’s current “Artist-in-Residence,” Hahn’s technical proficiency is so immaculately polished that it’s virtually unnoticeably at the service of the music and her interpretation of it. Her flawless tuning, glistening tone and finely shaped phrasing cut to the heart of Bernstein’s musical delineation of the glories of ancient Athens and her inspired philosophers. Nezet-Seguin offered secure yet sensitive support.

Sibelius’ First Symphony, completed in 1900 and a part of the Orchestra’s repertoire since 1909, is both his most expansive and most premonitory. Its famous “big themes” lend themselves to the Philadelphians’ legendary strings, yet its jagged dissonances give the brass choir many a challenging chance to project the dangers of a world hurtling toward a “Great War” that would not end all wars. And its pianissimo pizzicato final measures conjure up images of that “whisper” with which the world may very well end.

Nezet-Seguin reveled in the sounds he elicited from the Philadelphians and shaped them into a potent promise of hope against fear.

On the previous Saturday evening, I had the misfortune of hearing guest conductor Donald Runnicles lead the ensemble in one of the dullest set of performances I’ve encountered in years. Even Ralph Vaughan Williams’ glowing “Fantasia on a Theme by Thomas Tallis” failed to take flight, so pity even more the fates dealt to Mozart’s “Prague” Symphony No. 38 and Humperdinck’s Suite from “Hansel and Gretel.” Only the Overture to Wagner’s “Tannhauser” got off the ground — thanks to the brass choir in full battle cry.