Allens Lane actress: 'Best part of this show is also the worst part'

Emily Addis has an amazing 22 costume changes in Allens Lane Theater's “Stop Kiss,” in which Emily plays a character who is in a lesbian relationship.[/caption] by Rita Charleston Sara and …

Allens Lane actress: 'Best part of this show is also the worst part' 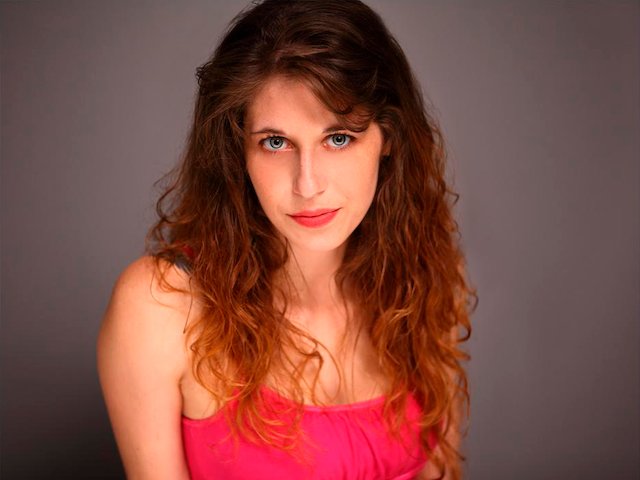 Emily Addis has an amazing 22 costume changes in Allens Lane Theater's “Stop Kiss,” in which Emily plays a character who is in a lesbian relationship.[/caption]

Sara and Callie are walking through New York City's West Village very late at night when they share their first kiss. This leads to a vicious attack by an angry bystander in which Sara is horribly injured. She falls into a coma, which becomes one of the major subjects of Diana Son's play, “Stop Kiss.” First produced off-Broadway in 1998, the current production, directed by Leigh and Lauri Jacobs, continues at Allens Lane Art Center through Dec. 1.

In the play, Emily Addis, 39, takes the role of Callie, who works as a traffic reporter in New York City, where she has lived for 11 years. She helps Sara, who recently moved to NYC from St. Louis, learn her way around the city, and in the process develops strong feelings for her.

Addis, originally from Ohio, explained her lifelong love of acting.

“I remember, even as a kid, putting on little plays that I made up myself and then forcing my family and their friends to watch them. But the first 'real' show I was ever in was at a community theater when I was in high school. It was called 'Alias Jack the Ripper,' and I was backup singer A and victim number one. Since then, I've had quite a few deaths on stage, and they've all been fun to play.”

A 2001 graduate of Kent State University, Addis moved to Philly in 2008 to marry her now-husband Jay, a musician. The couple live in Schwenksville.

Making her debut at Allens Lane, Addis explained that “Leigh had reached out to me after seeing me in a couple of productions and asked me to audition for this production. I try to choose shows carefully because it's a rather long drive for me to reach some of these theaters, but this one was really good. I loved the script and decided it was worth the long drive to do the show.”

Addis describes her character as someone who just sort of floats along in life until she meets Sara, who is very driven, knows what she wants and is not afraid to go out and get it.

“That's what attracts Callie to her and is inspired by her. I look at the play like the kind of story of how finding that right person can help you find out who you really are and become the better person that you want to be. And even though the story takes some sad twists and turns, Callie ultimately finds the kind of strength she didn't know she had.”

But the show is not without its challenges, Addis continues.

“The play takes place both before and after the vicious attack and is not told in chronological order,” Addis said. “The scenes are very short. There are 23 in all, and I have 22 costume changes between scenes. So although that's difficult, it is one of the things that drew me to the play. As an actor I very much enjoy a challenge, and this play is extremely challenging because I have to balance from happy and carefree to sad and traumatized. And between all that, I have all those costume changes so there's a lot happening.”

Relishing her role, Addis emphasized that “the best part of this show is also the worst part. It's the challenges. It's the fact that it does stretch me to my limits, and I enjoy that. It's nice to have that exercise, as well as enjoying the cast and crew. Everybody works very hard to keep the energy up, including all the backstage people who help me make all those changes.”

It would be nice, she admits, to be onstage full-time, but that's not happening – yet.

“I currently work for Penn State. I manage the Instructional Design Department for the Great Valley campus. And although I need to take breaks from acting every now and then, if I'm not in a show for a couple of months I start getting antsy and edgy. I have to either be on stage or directing because it's definitely in me.”