Nancy Hubby and I had an ambitious dream: to nominate the community of Chestnut Hill to become a large Historic District on the National Register of Historic Places. 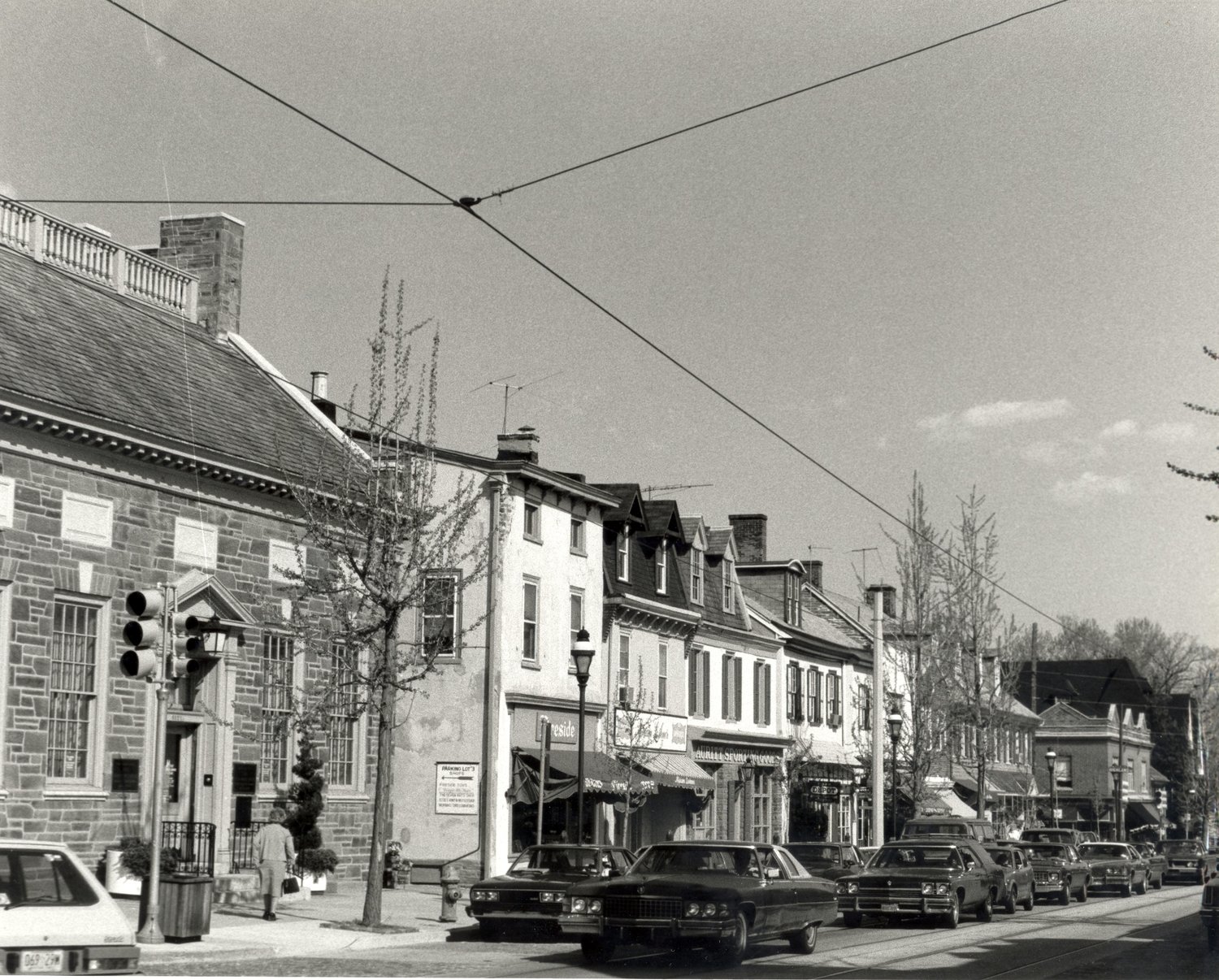 Eclectic and remarkably intact 18th and 19th century shops and residences on the 8500 block of Germantown Avenue.
Photo courtesy of the Chestnut Hill Conservancy 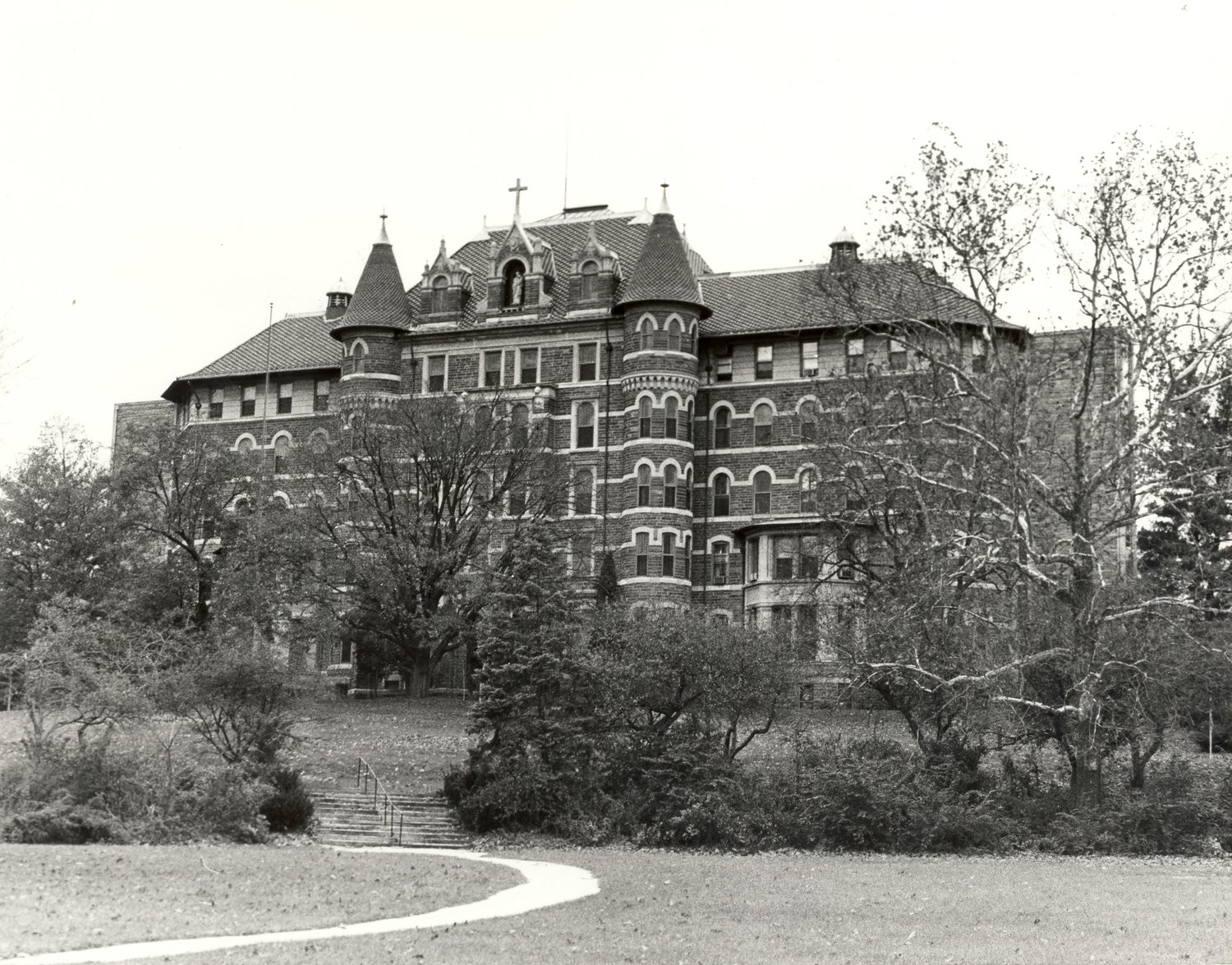 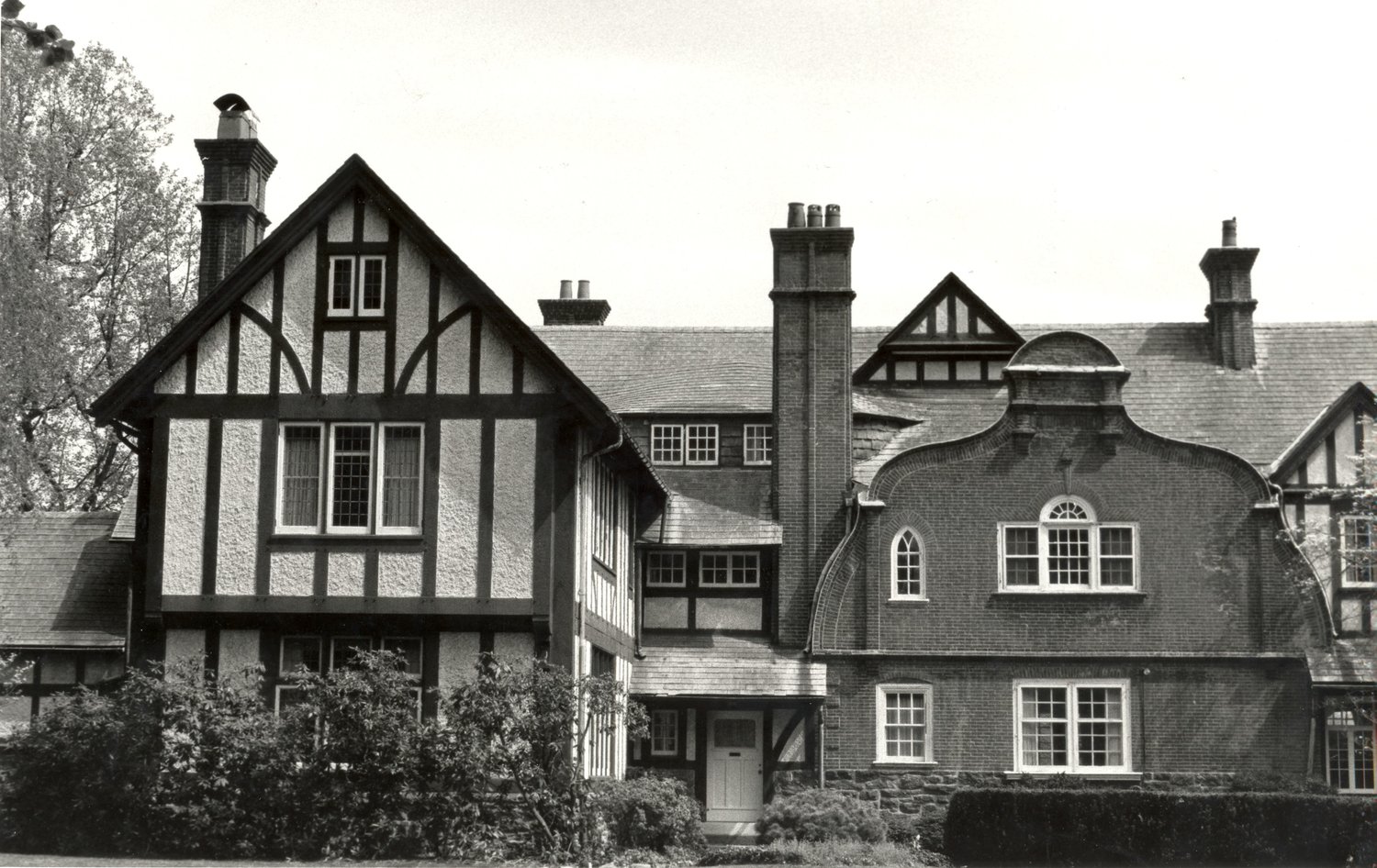 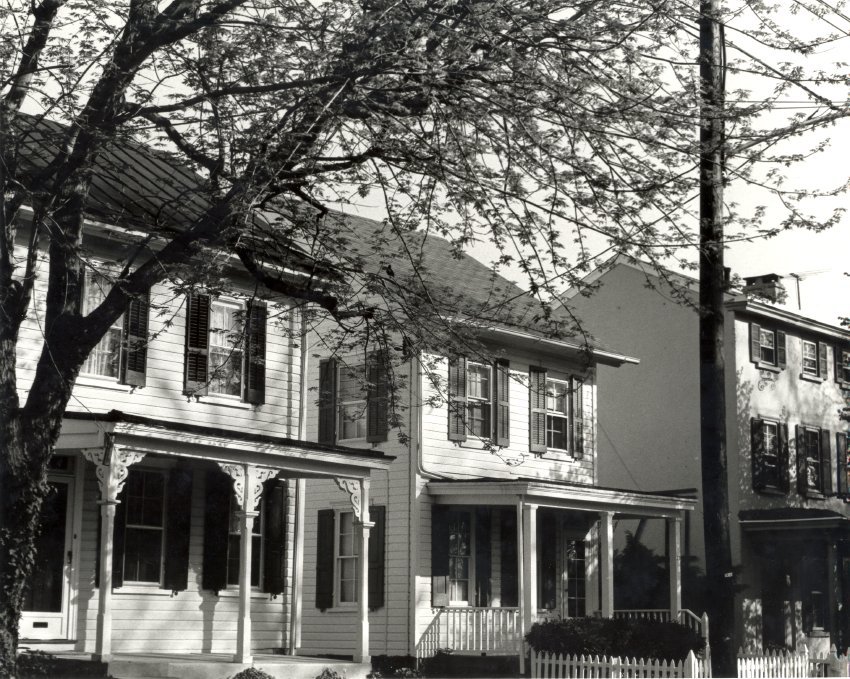 Mid-19th century vernacular housing that is in largely untouched and original condition.
Photo courtesy of the Chestnut Hill Conservancy 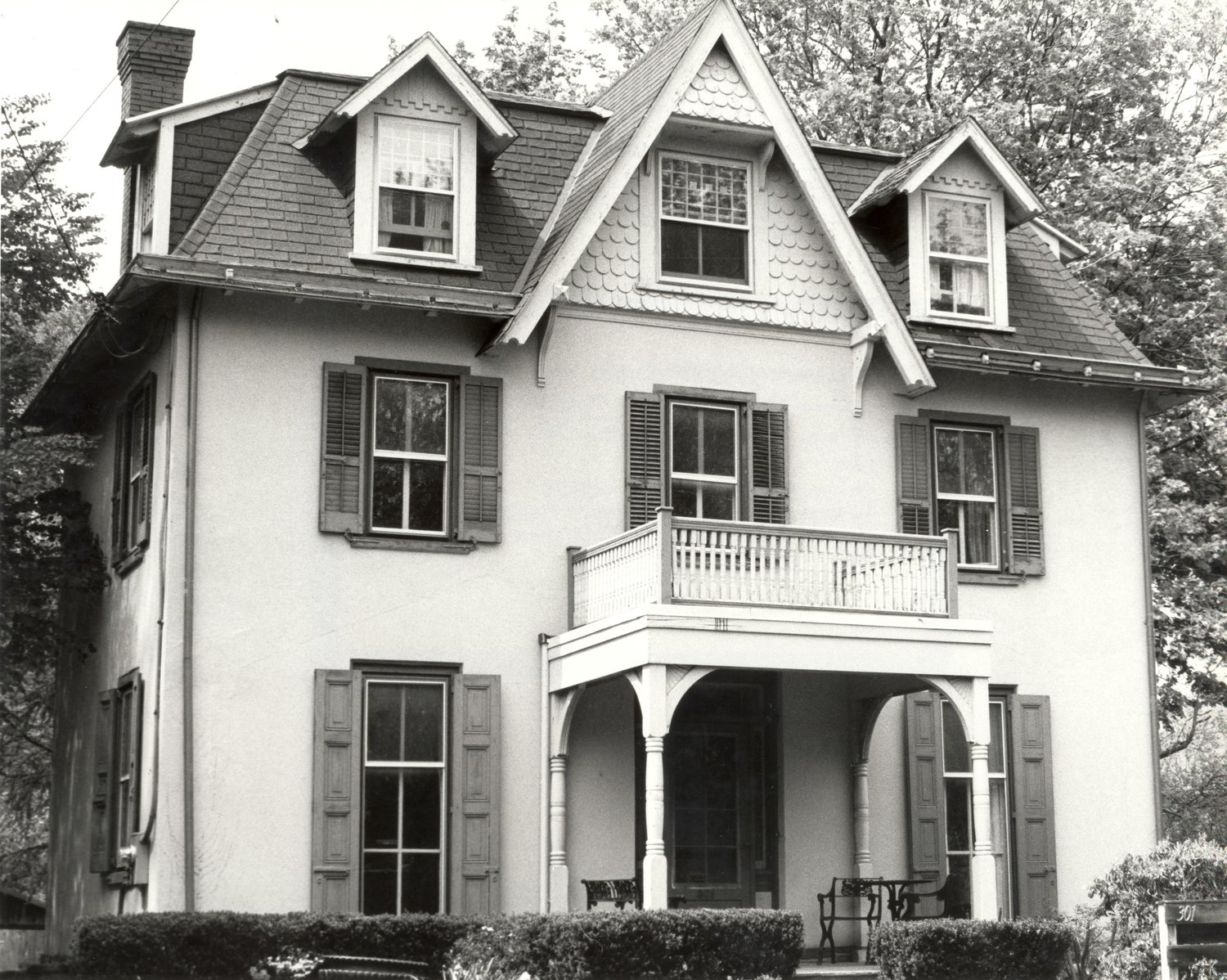 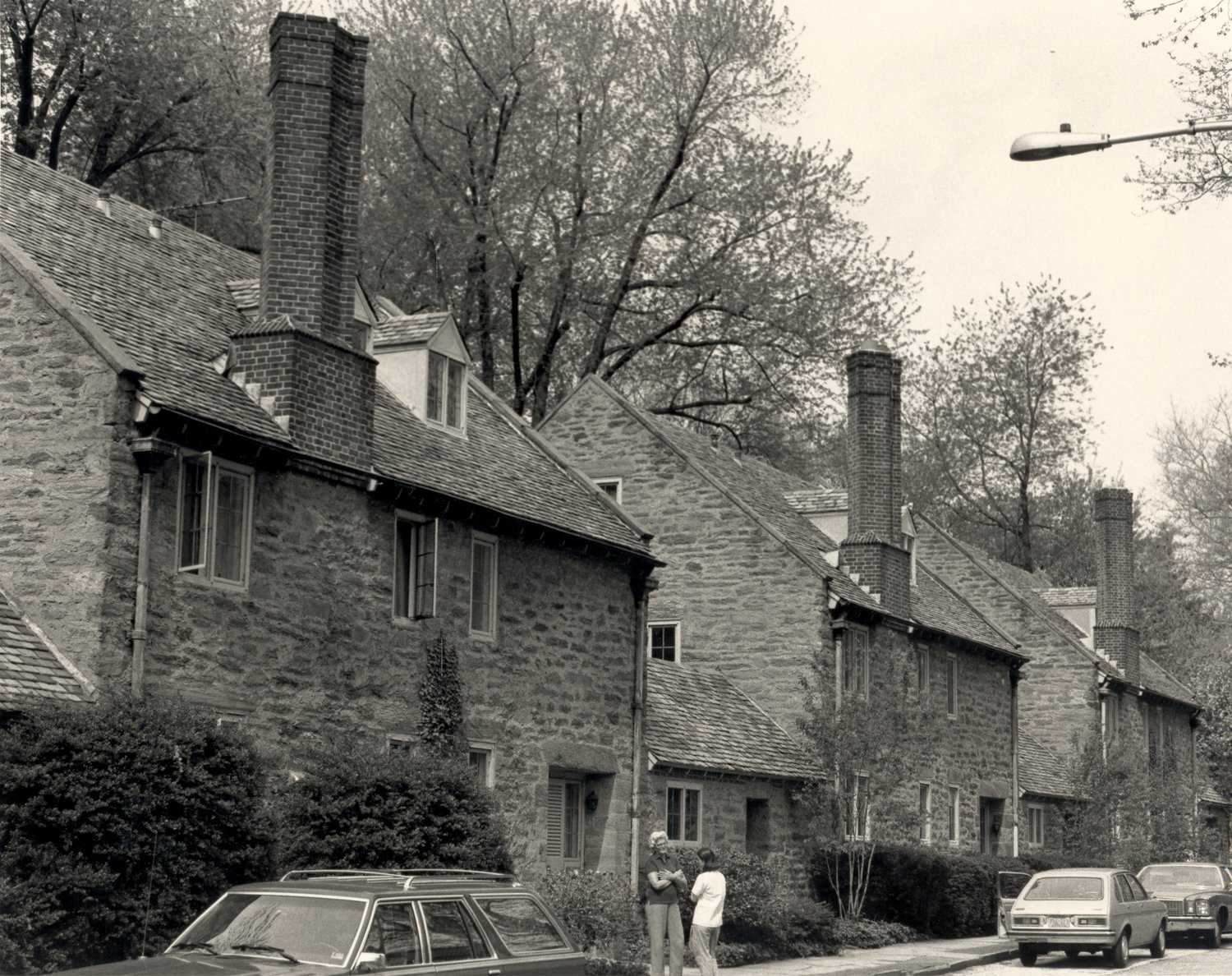 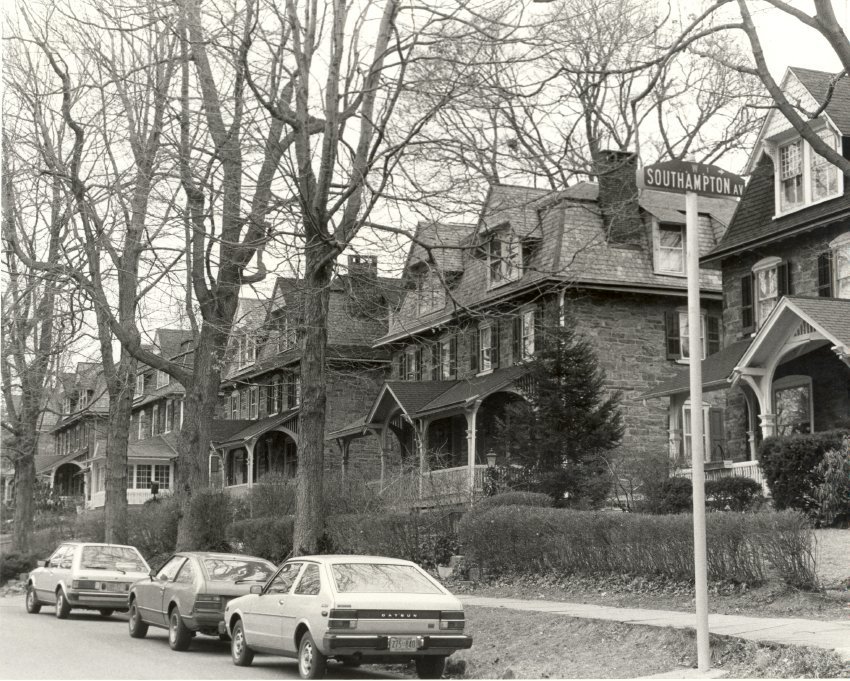 Nancy Hubby and I had an ambitious dream: to nominate the community of Chestnut Hill to become a large Historic District on the National Register of Historic Places. That recognition would unlock energy for broad conservation and preservation action in Chestnut Hill.

You wouldn’t know it now, as we are all so used to Chestnut Hill’s having its treasured historic status. But it almost didn’t happen.

In 1978, I called Dick Tyler, then executive director of the Philadelphia Historical Commission, to seek his support. “Too large,” he said. “Try a few small districts.”  We knew he would mobilize resources in Philadelphia to oppose the community as a single district.

It was only with Richard Snowden’s strategic assistance that our dream became reality, and the Chestnut Hill Historic District was put on the National Register in 1985.

Today, Chestnut Hill’s historic fabric is under assault. The threat is coming from the city of Philadelphia, which is looking for tax ratables from developers who tear down buildings and deface the historic community, and also from a lack of understanding by community decision makers.

As we seek to protect Chestnut Hill's historic district in these uncertain times, it’s worth revisiting the past.

In 1984, Snowden approached Hubby and me with an offer to work with us to create the immense Chestnut Hill National Register nomination.

At that point we had already written “Preserving and Maintaining the Older Home,” a book published by McGraw Hill in 1983 that promoted a love for older buildings and provided step-by-step action for their care.

Now, we gathered around Hubby’s dining room table to plan and oversee the work. A generous contribution from Virginia C. Wilmsen, a longtime community member and preservationist, funded the project.

We hired Jefferson Moak as our consultant and added two interns, Julie Brown and Elise Hanson, to help collect information. The interns began with a hunt through the Philadelphia building permits in dusty storage. What a remarkable record! The history of one structure could encompass 11 or more separate permits over its life.

During the course of this work, we consulted with eminent historians, preservationists, and design professionals including David Contosta, Carol Franklin, Arthur Ziegler, and numerous others.

Aware of Philadelphia’s strong opposition to the “too-large” Chestnut Hill District, Hubby, Snowden and I traveled to Harrisburg to talk with Greg Ramsey, then chief of the National Register and Survey Programs at the Pennsylvania Historical and Museum Commission. Would the nomination as written be accepted, we asked?  His answer in a word: “No.”

The overall narrative demanded a major rewrite. Snowden and I shouldered the writing. Hubby intensified her efforts to create photographic essays.

Our conclusion in the Statement of Significance: “Chestnut Hill is rare in this country as an an old neighborhood experiencing constant evolution and continued vigor, arising from the singular beauty of its site, its significant architecture, the tradition of imaginative, sensitive community planning, and neighbors’ concerns for each other and for their environment – both natural and manmade.”

Working quickly, we sent our revised nomination to the Pennsylvania Historical and Museum Commission. Philadelphia’s opposition never quit. Wisely, the Pennsylvania Commission arranged a second site visit, this one from Western Pennsylvania, which was enthusiastically positive.

The final act belongs to Snowden. In the late spring of 1985, he boarded the Metroliner to Washington, D.C., loaded with the nomination form and Hubby’s books of photographic evidence.

There, he met with Carol D. Shull, then acting as keeper of the National Register.  As she paged through Nancy’s gorgeous photographs of street after street of largely intact and original 18th, 19th, and early 20th century buildings, she asked, “Why weren’t we aware of Chestnut Hill?” Her question signaled acceptance of the nomination.

And now, more than 40 years later, Chestnut Hill’s historic character remains a powerful reason why it continues to attract and support a flourishing business community, as well as a passionately devoted group of residents.

Properly valued, the Historic District should heighten confidence in the present, and inspire action that reverberates long into the future.

Shirley Hanson is a co-founder of the Chestnut Hill Conservancy, and currently serves as chair of the preservation committee.