After many other jobs, local blues musician liberated

By Steve Ahern On an afternoon in June, folk singer and songwriter Geoff Hansplant stands in the hallway of the Soundstage Music School he co-owns in Oreland. He is sturdily built with graying …

After many other jobs, local blues musician liberated 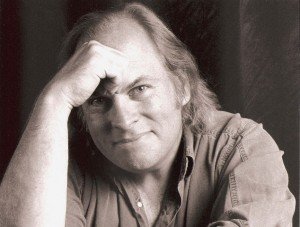 On an afternoon in June, folk singer and songwriter Geoff Hansplant stands in the hallway of the Soundstage Music School he co-owns in Oreland. He is sturdily built with graying sideburns and blond hair that brushes his shoulders. Crows feet curve like scythes from the corners of his clear, blue eyes. At 52, wrinkles have not begun to conquer his luminous round face. Nor has midlife sapped his youthful vitality.

He appears prepared, if beckoned, to spring from his current role of administrator of the music school into a set of blues or folk or straight-up Americana and to keep on going until you tell him to stop. But it is not the limelight that lures him. For Hansplant, when he writes and performs songs he is simply following his bliss.

“Everything else is a step away from that which I do best and that which I believe I should be doing,” Hansplant said.

Hansplant’s calling announced itself in the notes he coaxed from a guitar while recovering from a football injury that nearly killed him when he was 16. Until then, he was an athlete and, like many his age, an ardent fan of the ‘60s and ‘70s rock and progressive rock groups of his generation. But through the rooms of the happy home he was raised in on an unworked 40-acre farm (in then-rural Warrington, Bucks County) sifted the sounds of classical music.

Discussions of philosophy, art and religion dominated the dinner table. Hansplant’s father, a classically trained musician and philosophy and anthropology professor, gave Hansplant texts to read. From his reading, a worldview emerged rooted largely in the existentialists (and Joseph Campbell) that kept potent Hansplant’s pursuit of his own bliss over the last 35 years.

Hansplant’s pursuit of his calling began when he chose to teach himself to play the guitar. Over a period of four years, Hansplant’s head and back were hunched in practice for eight hours a day, his fingers often blistered and bleeding. “I didn’t just teach myself to play the guitar,” Hansplant said. “I taught myself how to have my own unique (and spiritual) relationship with the guitar. It is not an understanding based on someone else’s relationship to the guitar. My guitar makes the sound of my soul.”

In college, Hansplant thought of becoming a filmmaker in the style of Bergmann and Antonioni, graduating from Temple University in 1984 as a film major, but he found his focus reverting full-throttle to music. Through his 20s he played and wrote progressive rock songs but gradually transitioned to blues and folk. He began to study the Piedmont-blues style of guitar playing, which developed from the Ragtime tradition, in part because he felt the fullness of that sound would not require additional band members. He gradually discovered the power folk music has of forging a connection between the performer and the audience.

“We can have that conversation through music from a stage to an audience that a lot of other music doesn’t have,” Hansplant said.

Between writing songs and evolving as a musician, Hansplant has cobbled together a living as a salesman, a job he loathed, as a fashion and wildlife photographer, his second passion after music, as a high-school teacher after earning his Master’s in English Education in his early 30s (in 1992) from Trenton State College and as a general contractor, running his own business from his late 30s through most of his 40s.

“I could always rationalize doing other things (besides music), but every time I rationalized it, it was a step in the wrong direction, away from what I feel I do best. The journey is always about coming back off these detours.”

Co-owning and teaching at a music school the last seven years is the closest he has come vocationally to advancing his journey, at least until 2009 when, two years after his father died, Hansplant sold the antique gun collection his father left him and used the money to record his first album, “Pilgrim’s Progress,” with 13 songs. It was named “Album of the Month” on Radio Warrington’s Blues show in the U.K. and was in wide release in the U.S. and Europe. He has since recorded a second album, “Swimming to the Sun,” at the Mermaid Inn last January.

In the evening of that same June day, Hansplant leaned on a desk in the music school blissfully absorbed in the sounds of the songs he has written for his forthcoming album, “Kick off Your Muddy Boots.”

“Everything comes alive,” Geoff said, “in a new way which, as you might imagine, is very exciting because I’ve been playing these songs hundreds if not thousands of times while I’m working them out. It gets a little tired, but now I hear a new infusion of life in there, and the songs sound like they’re brand new again.”

Geoff has taught writing and literature at Montgomery County Community College, and he was scheduled to teach a six-week course in songwriting in the spring at Musehouse: A Center for the Literary Arts in Chestnut Hill, but it was cancelled.

Geoff will be performing with his band at the Mermaid Inn on Thursday, Aug. 2, 9 p.m. For more information, email geoff@geoffhansplant.com