After 45 years in ministry, Rev. Cindy Jarvis is retiring

After 45 years in ministry, Rev. Cindy Jarvis is retiring 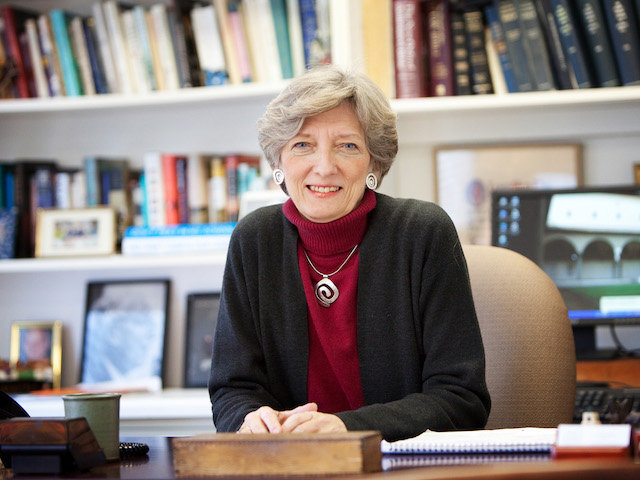 The Rev. Cindy Jarvis is retiring after 45 years as a Presbyterian minister.

After 45 years as a Presbyterian Minister, the Rev. Cindy Jarvis will preach her last sermon on Sunday, Sept. 8 at 10 a.m. at The Presbyterian Church of Chestnut Hill, 8855 Germantown Ave.

“I think doubt is a big part of faith,” said Rev. Cindy Jarvis, who has been a minister at PCCH for 23 years. “I think faith is not about certainty; it’s about trust.”

In addition to leading PCCH for a generation, Jarvis is a noted Presbyterian scholar. She is the co-editor of the seven-volume biblical commentary “Feasting on the Gospels.” She is co-editor of two books, “Loving God with the Mind: The Pastor as Theologian” and “The Power to Comprehend with All the Saints: The Formation and Practice of a Pastor-Theologian.”

She is also currently at work on a book of personal theological essays on the frescoes of Fra Angelico in the Cloisters of San Marco in Florence.

As a young woman, Jarvis, now 70, never imagined she would pursue a career in ministry. While she always loved reading theology, she challenged the idea of blind faith. She was a critical thinker and often challenged the church’s beliefs.

She recalled having “really searching” conversations with her high school pastor Bob Kerr.

“When I realized I didn’t have to park my mind at the door of the sanctuary, it made me proud to be a Presbyterian because I would be in other churches with my friends where you just accepted,” Jarvis said, “You didn’t question.”

During her senior year at Denison University in Granville, Ohio, David Woodyard, the dean of the chapel, encouraged Jarvis to apply for the Rockefeller Trial Year Fellowship 1971, a grant for people who didn’t plan to go to seminary, but were willing to consider ministry as a vocation.

“Back then, in 1971, women didn’t think that was a possibility,” Jarvis said. “So, I thought I would go into Journalism or something, which my brother Jeff Jarvis ended up doing.”

(Her brother is a renowned journalist, critic and author who is a faculty member of the City University of New York’s Graduate School of Journalism.)

With the country in the midst of the Vietnam War, Jarvis recalled how many people in the seminary at the time were not planning to go into ministry, but rather, “they were planning on not going to Vietnam. So, it made for interesting conversations.”

She said her parents didn’t understand her call to the ministry – especially her mother.

“My mother’s greatest ambition for me was to get married and have babies,” Jarvis said. “So, that was the cause. So, whenever I had doubts she would say, ‘It’s ‘ okay. You can come back to your bedroom and get a substitute teaching job.’ But, I persevered. Looking back, it all fits together.

“When I think about who propelled me, my high school minister was probably more important than I realized at the time. Then, we always had seminarians from Princeton for a year to do youth ministry. Of course, we all fell immediately in love with him. I remember I had a crush on one of the student ministers. I remember David Woodward, the dean of the chapel, who got me to apply for the Rockefellow Trial Fellowship, said ‘You should major in religion.’ And I said, ‘What can a girl do with religion?’ And he replied, ‘Well, marry a minister.’”

“I think anytime you are asked into people’s lives at the moment of their greatest vulnerability and fragility, you can’t help but think, ‘Who am I?’” she said. “Then you realize, ‘It’s not me. It is the word I have been given to say.’”

She recalled ministering to a woman on a cancer ward who was terminally ill as a 22-year-old seminary student.

“What evidence did I have that God was for her?” Jarvis said. “I think needing to answer that question for myself was when I personally began to realize why I was a Christian – not in an exclusive way – but in the sense that the only evidence I have that God is for us in the face of suffering is Jesus.

“If in him I was having to do with God-with-us, then I was in that hospital room to represent a God who assumed her vulnerability, her suffering, her humanity completely. That means that there can be no place where we are, in life and in death, that God is not with us. I think I have carried that moment of understanding in my heart and head throughout these 45 years of being ordained.”

Jarvis was ordained on the morning of Sunday, Sept. 22, 1974 at the Westminster Presbyterian Church in Wooster, Ohio. Besides family, several friends also attended including John Donahue, a Jesuit priest, who was her professor at Vanderbilt Divinity School. Donahue drove up from Nashville, Tennessee with a car load of Jarvis’ students. He was part of the laying on of the hands, an ancient ritual in ordination installation.