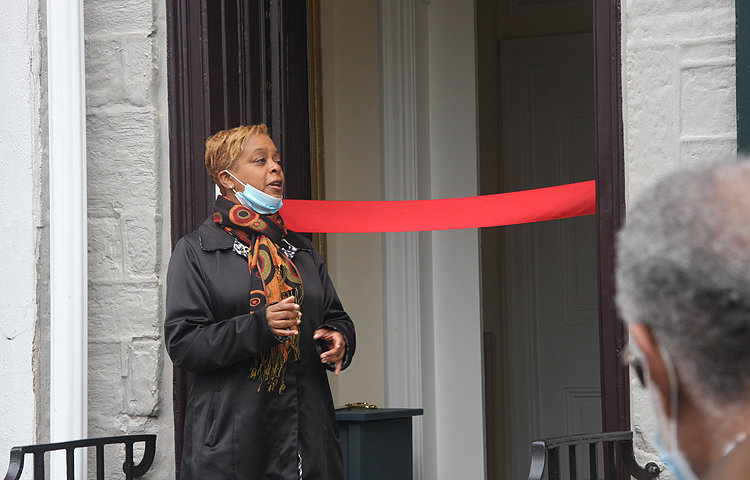 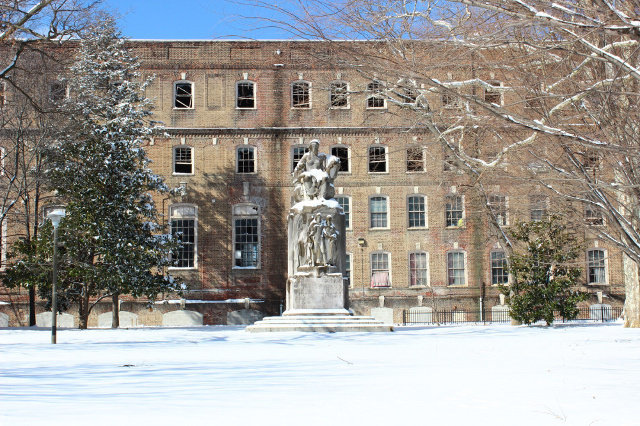 A view of the Germantown YWCA from Vernon Park. (2015)
Jill Saull 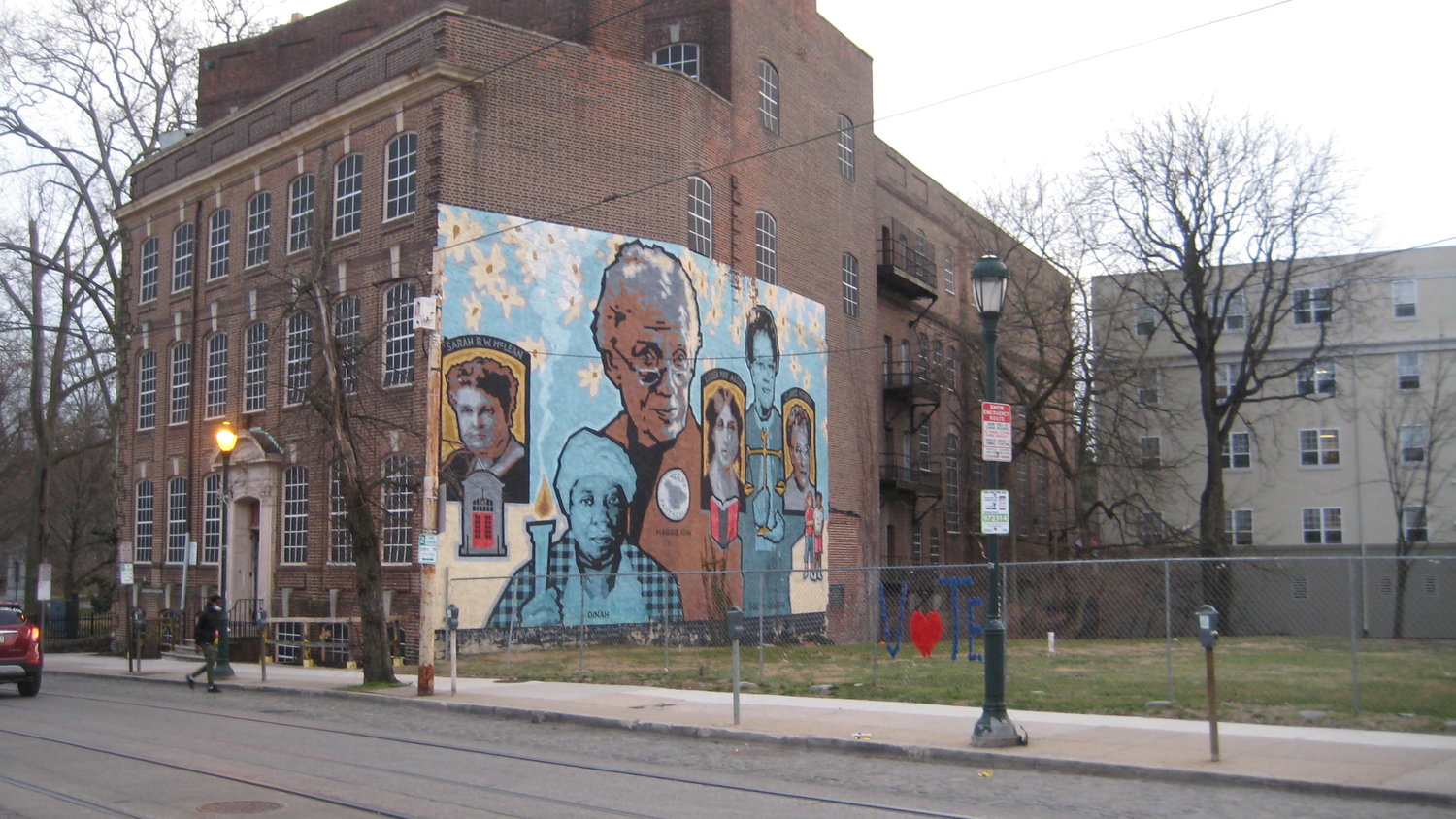 The Friends for the Restoration of the Germantown YWCA Building filed a formal complaint with the city controller’s office this week over what they say is Councilmember Cindy Bass’s “abuse of power” during a Dec. 7 community meeting at the First Presbyterian Church in Germantown.

The meeting was called to discuss the future of the Y, for which the Philadelphia Redevelopment Authority withdrew its 2016 redevelopment contract with KBK Enterprises due to six years of inaction on the developers’ part. The Friends group, frustrated by the inaction, had pushed the PRA to seek a new developer.

Bass has been a staunch supporter of KBK, a Black-owned development company based in Pittsburgh and Columbus, since it first won the contract. At the meeting, she accused the PRA of racial bias in its treatment of KBK.

At one point during the meeting, which was live streamed on the Local’s Facebook page and is still posted there, tensions rose so high that a number of KBK defenders seemingly allied with Bass got out of their seats and agrily approached members of the Friends group.

One member of the Friends group, Bernard Lambert, told the Local that it happened when he attempted to take control of the meeting.

“I said, if you’re here with Cindy, you have to go,” recalled Lambert. “That’s when all that noise broke out and they rushed towards me.” Lambert said he doesn’t remember exactly what they said, but it was something like “Don’t you ever go against Cindy.”

“I just said OK and walked away,” he said. “Then I walked back and started to gather my stuff.”

Yvonne Haskins, another member of the Friends group, worried that “someone was going to pull out a gun,” she said. “People were afraid, and almost half left the meeting. I was trying to calm things down. And that didn’t work.”

A third member of the Friends group, Bruce McCall, Jr, said that he was “intimidated.”

“People were circling around me,” said McCall. “It was a subtle thing. If you don’t have street smarts you wouldn’t notice it.”

Jolene Nieves Byzon, spokesperson for the office of City Controller Rebecca Rhynart, said she can’t confirm or deny that an investigation is underway.

But, she said, “every complaint we receive, we review, and we give it its due diligence.”

When contacted by the Local, Bass said she couldn’t comment on the potential investigation.

An email from Terri Domsky, the city’s Deputy Controller for Investigations, confirmed that her office would “review” the matter.

In its complaint, the Friends group stated that it wants to “find some measure of accountability for what was clearly unethical behavior that could have resulted in serious violence.”

“We believe Cindy’s behavior at the meeting, and also after the meeting, has been done solely on behalf of KBK, raising serious questions about motives,” the group wrote in its complaint.

Haskins said she can’t understand why Bass seems so set on KBK, an out-of-town developer with no experience in redeveloping historic properties. She said six years of delay should be good enough reason to look for an alternate developer. While Bass did not comment for this article, in the past she has said she remains loyal to KBK because she is “not a fair weather friend.”

“Until it’s final I’m supporting KBK,” she said. “Because I don’t just think they’ve gotten a runaround, I know they’ve gotten a runaround. There’s been a narrative that somehow KBK, a multi-million dollar corporation is somehow unqualified or unable to do this project. I will be attending that meeting and I plan to lay it all out, fact by fact, case by case, what happened.”

Haskins also said she thinks the dispute highlights a problem with power  - and whether an unwritten rule in city council politics gives council members like Bass too much of it.

“I would be remiss if I did not raise the problem underlying this abuse of power,” Haskins said. “For years, the PRA tolerated KBK’s failure because of Councilmanic prerogative.”

Councilmanic prerogative is an informal rule in which city council members give each other the exclusive power to decide what happens to city-owned land that lies within their district.

Because of this, Haskins said, the PRA cannot choose the bidder it thinks is most qualified, but rather must choose a bidder favored by whatever city councilmember is presiding in that district.

So “developers still ‘pay to play’ in plain view,” Haskins said. “This case presents a classic example of the corruption and abuse of power from this unwritten and unprincipled rule.”

Haskins said she thinks the city agencies should have more legal power and authority, and be required to award city land in a transparent and efficient manner.

“I think with 7000 parcels of unproductive city-owned land, a transparent system that relies on the professional staff rather than politics and pay to play would remove the long delays in disposing of publicly owned land,” she said.

Haskins also said she thinks district council members should be prohibited from accepting any funds from a developer - either directly or indirectly - who is bidding on public land.

KBK Enterprises made a $2,500 political donation to Bass in 2018, according to city campaign finance records. KBK’s owner, Keith B. Key personally donated $3,000 to Bass in 2019. (Full disclosure: Chestnut Hill Local board member and local developer Richard Snowden has also donated a total of $6,000 to Bass since 2018. Snowden does not seek to acquire city owned land.)

Clarification:  This article was amended to include the full context of the quote in which Bass said she was "not a fairweather friend."