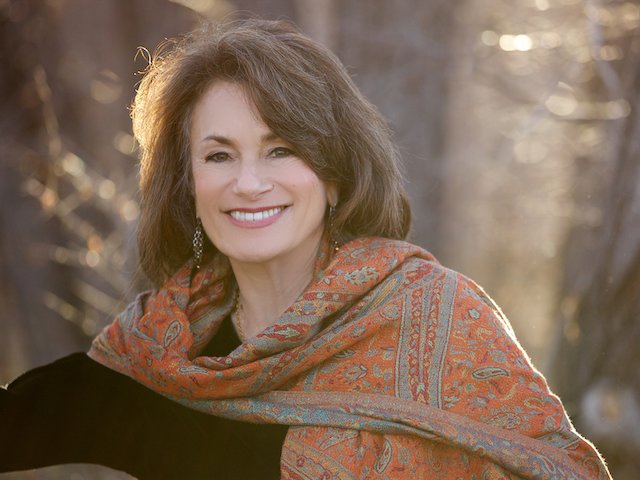 Rabbi Tirzah Firestone, PhD, a distinguished author, Jungian psychotherapist and founding rabbi of Congregation Nevei Kodesh in Boulder, Colorado, is coming to Mt. Airy Nexus, 520 Carpenter Lane in Mt. Airy, on Saturday, March 23, 7:45 to 10 p.m., thanks to Big Blue Marble Bookstore, to discuss overcoming the kinds of trauma which almost everyone has to deal with at one time or another. Firestone’s new book is “Wounds into Wisdom: Healing Intergenerational Jewish Trauma.”

According to feminist icon Gloria Steinem, “‘Wounds into Wisdom’ is for anyone who has suffered trauma, either directly or in a family whose generational trauma is buried. It helps readers uncover suffering and use it to help others — the final stage of suffering.”

Ordained in 1992, Firestone is a leader in the international Jewish Renewal Movement and a renowned Jewish scholar and teacher. Raised in an Orthodox home in St. Louis, her spiritual curiosity called her to search beyond the confines of her family’s strict Jewish upbringing. She left home to embark upon a life-changing spiritual odyssey, chronicled in “With Roots In Heaven: One Woman’s Passionate Journey into the Heart of Her Faith” (Dutton, 1998).

After immersing herself in a wide variety of spiritual practices and worldviews, Firestone returned with fresh vigor to Jewish studies and became a rabbi in a pluralistic and egalitarian Judaism. Her studies in the feminine wisdom tradition and Jewish mysticism yielded “The Receiving: Reclaiming Jewish Women’s Wisdom” (Harper, 2003). Her passion for human rights and for the prophetic vision of Judaism led her to Rabbis for Human Rights, North America, now known as T’ruah: The Rabbinic Call for Human Rights.

Firestone earned a master's degree in counseling at Beacon College in Boston, Massachusetts in 1982 and a doctorate in depth psychology at Pacifica Graduate Institute in Santa Barbara, California, in 2015. Her cutting edge research on the impact and healing of collective trauma draws on the fields of neuroscience, psychology, Jewish literature and mythopoesis. Her newest book, “Wounds Into Wisdom” (Monkfish, 2019), employs interviews, case studies and her own autobiographical narratives to demonstrate how trauma residue passes from generation to generation and how it can be transformed.

Now Rabbi Emerita of her congregation, Firestone maintains a private practice in depth psychology and teaches nationally about modern applications of ancient wisdom and ancestral healing: how to transform patterns of suffering from our past and bring forth clarity, wisdom and blessings for ourselves and those who come after us.

Firestone is currently touring the U.S. and facilitating workshops on intergenerational trauma healing.

“Before Election Day, 2016,” she said recently, “I had myself convinced that humanity was making slow (if sometimes halting) progress in the direction of liberal democracy and that the light of reason would ultimately prevail. Yes, laughably, I even confess to imagining that the dark horrors of the 20th century were receding on the far horizon and that despite the ravages of testosteronic governance around the world, our shared environmental crisis would shortly take center stage and push aside our power-driven dramas.

“As the growling Debaser-in-Chief would say: ‘Wrong!’ Okay, I’m waking up now and finding that every spiritual tool is requisite. On the one hand, I have faith that larger forces of life and good are at play here. But attention to the news these past three months has forced a rapid recalibration. Anyone who has Holocaust or other cataclysmic oppression in their lineage knows of what I speak.

“The slow slippage of democratic norms that I have taken for granted all my life — like basic civility, respect for human dignity, factual evidence, rule of law — is actually a quite rapid mudslide into a ‘new normal’ that too many in Washington are eating like cake. The changes are quite overwhelming. But being overwhelmed works against us.

“A small but powerful book by a Yale professor of history helped me name what I smell in the air. In ‘On Tyranny: Twenty Lessons from the Twentieth Century,’ Tim Snyder makes the case that if we just look at history, we would easily identify the patterns and see where they’re leading, unless of course, we intervene. He gives 20 pithy points to help stay awake and take action…

“We are approaching Passover, the Festival of Freedom. One of the great teachings of Passover is that you can’t be free if you’re asleep to your own enslavement. Whether it’s an addiction, a bad relationship or a political regime, the first step is to name what’s going on, then to struggle against it.”

Firestone lives in Colorado with her husband, David. Together they have three grown children, Brianna, Emily and Dakota. For more information, visit tirzahfirestone.com or call 215-844-1870.