Louis Greenstein will read from his debut novel, “Mr. Boardwalk” (New Door Books) as part of the Musehouse Fiction Series on Saturday, May 9, 7 p.m., at Chestnut Hill Gallery, 8117 Germantown … 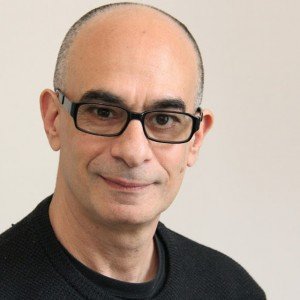 Louis Greenstein will read from his debut novel, “Mr. Boardwalk” (New Door Books) as part of the Musehouse Fiction Series on Saturday, May 9, 7 p.m., at Chestnut Hill Gallery, 8117 Germantown Ave. It will include a discussion with two authors, a book signing and complimentary refreshments.[/caption]

Louis Greenstein, 58, who will appear Saturday, May 9, 7 p.m., as part of the Musehouse Fiction Series at Chestnut Hill Gallery, 8117 Germantown Ave., to discuss his novel, “Mr. Boardwalk” (New Door Books) and other writings, has achieved the near-impossible.

On Amazon.com there are 21 customer reviews of the book about a boy who loves Atlantic City, and every single reviewer gave the book 5 stars! I doubt if even William Shakespeare or Mark Twain ever received unanimous 5-star reviews in whatever their equivalent of amazon.com was.

A typical review stated: “While 'Mr. Boardwalk' will particularly resonate with people who remember Atlantic City prior to gambling, people who grew up going to the Jersey Shore and people growing up in the '70s, its well-drawn characters and compelling story should be of interest to a much wider audience ... This is one of those books that you pick up and cannot put down, and I cannot recommend it enough.”

He can't wait to finish high school so he can move to Atlantic City permanently, but his plans go awry, and more than 20 years later, we meet him as a grumpy, distant New York copywriter who never speaks of his youth. “Mr. Boardwalk” has been called a coming-of-age story that so many people with unfulfilled dreams can relate to.

Greenstein, a 1974 Haverford High School graduate, was an English Literature major at Temple University in the mid-1970s and a graduate student at Temple in Creative Writing and Dramatic Literature. In his early 20s, he trained as a mime and performed with the Boulder Mime Theater in Boulder, Colorado, and in his own solo show.

Since most first novels are at least partially based on the author's own life, I could not help asking if the character of Jason was a surrogate for Greenstein's own youth. “Very loosely,” he said. “We have some things in common, but we're very different people. For one thing, he can juggle better than I, but I have a better marriage and a better relationship with my kids.”

Greenstein's own youth was actually far more traumatic than Jason's. “I went through some rough times,” he explained. “My mom died when she was 44 and I was 13. My dad died of a heart attack eight years later when he was 54. And I had a little brother who was killed in an accident; he was riding a bicycle and was hit by a car — 10 months later. So my adolescence and my early 20s weren't exactly a bed of roses, but — very much unlike Jason — I had fantastic aunts, uncles, cousins and friends who showed me love and support when I needed it the most. Jason's a loner. Not me.”

Greenstein, who is currently at work on another novel, has an extensive writing and editing background. He helped write the musical, “One Child Born: The Music of Laura Nyro,” which was performed at Joe's Pub at the Public Theater in New York, plus other locations in NYC; at World Cafe Live in Philadelphia and in Wilmington; and in other venues on the east coast.

He has written other plays such as “A Muse in the Museum” and “With Albert Einstein” and for the Emmy Award-winning show, “Rugrats,” and has produced two documentary films and numerous industrial films and videos. He has had dozens of essays, articles and commentaries published in the Philadelphia Inquirer, Inquirer Sunday Magazine, Ring Magazine, Writing Aloud and numerous other publications. He has also written widely for corporate clients.

Nevertheless, he admits it is “pretty difficult” to make a living as a writer these days. “I've built up a nice freelance writing and editing practice, and I actually make a decent living at it, but I don't know if that would have been possible without my wife of 32 years, Catherine, who is director of special education at the William Penn School District.”

If he had it all to do over again, would he do anything differently, career-wise? “No. I would do the same thing and hope for more commercial success. Not that I'm complaining. And it's not too late in case any movie producers are reading this. 'Mr. Boardwalk' is available for option.”

If money was no object, where in the world would Louis like to live? “This will sound schmaltzy: I'd live here in Philadelphia. I love this city. If money were no object, I'd travel more, spend more time in other cities I like, such as Barcelona and Paris. I might want to escape Philly's swamp-soup summers (at the Jersey shore).”