Kolakowski is seen here with Teagan, 10, a Cairn terrier rescue. Ann also has Piper, 5, a Westie rescue, and two cats – Delilah, 7, and Sammy, 10.[/caption] by Len Lear Among the many … 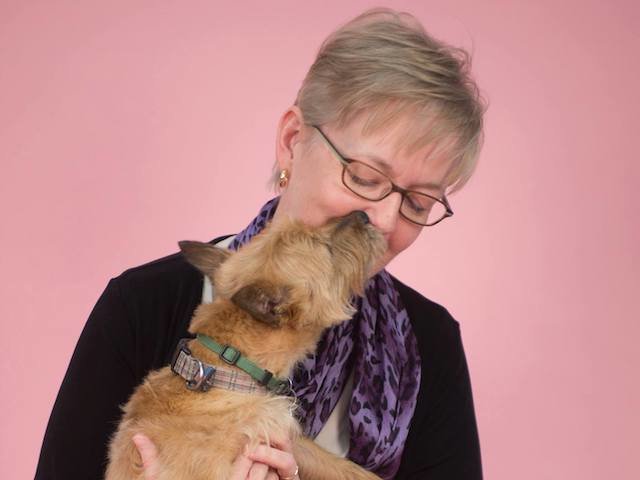 Among the many distinguished Springside School alumnae, it is not likely that there is a more sensitive, lyrical poet than Ann Kolakowski, 56, who now lives in Brookeville, Maryland, a suburb of Washington, D.C. Kolakowski is the author of an acclaimed collection of poems called “Persistence."

The poems in the book tell the story of Warren, Maryland, a town flooded by the city of Baltimore in the early 20th century to increase the municipal water supply. Warren was Kolakowski's grandmother’s childhood home. At the time of her death in 2006, at the age of 103, she was believed to be the town’s last surviving former resident.

Kolakowski writes in the book, “All rivers trace their source to clouds, the swirl/of nameless atoms heavens cannot hold.” According to one of the many critical raves of the book, “In the same way, the poet traces a journey back, illuminating rural America with echoes of Hugo, Frost and Masters … poems of admirable restraint and the wisdom of resistance and regret."

According to a critic named Frederick N. Rasmussen, "Kolakowski has successfully immortalized Warren and its citizenry and given it a certain afterlife through her descriptive, lyrical and haunting writing … You can hear the voices of the townspeople of Warren in the wind, rising above the lapping water far below. 'Persistence' can take you there."

Kolakowski was actually not a student at Springside, but she worked there for about two years in the 1980s after graduating from Towson University and working at U. Penn’s Wharton School for a year. She learned about the Springside job from a Wharton School colleague. She worked in the development office on Springside’s annual fund and publications, and much later she earned an M.A. in the writing program at Johns Hopkins U. in 2012. Her husband earned a Ph.D. in biological chemistry from U. Penn.

A native of Timonium, Maryland (near Baltimore), Kolakowski said, “I would have loved to live in Chestnut Hill, but we were in University City, near Penn’s campus. We had only one car, so it made sense for us to live where my husband could be close to the lab. I met many wonderful people at Springside – colleagues, parents and alumnae. I am still in touch with several of them. I remember Springside as a nurturing place, and I enjoyed the traditions, especially Song Night.”

Kolakowski, who has been in the nonprofit world for nearly all of her career, was thinking in 2014 “about which causes I could wholeheartedly promote and encourage support for, and animals rose quickly to the top of that list. It was serendipity that a planned giving job was open at the Humane Society of the United States.” 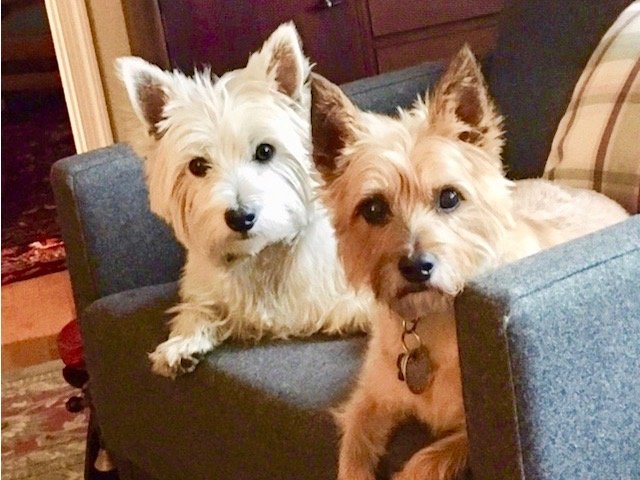 Kolakowski works to protect pets like her own terriers as well as abused factory farm animals, trophy hunting victims, animals in cosmetic testing and other victims of animal cruelty.

Kolakowski's job title at HSUS is Senior Director of Planned Gifts. She works with individuals to create their legacy for animals by including a gift to the HSUS in their will, living trust or retirement plan (or other financial account). They also offer charitable gift annuities, which pay a fixed rate of income, mostly tax deductible, for the donor’s lifetime.

“My current job,” she said, “is without a doubt, the most satisfying I’ve ever had. Meeting our supporters, hearing their stories of the animals and issues that are meaningful to them, and then helping them secure a better future for other animals is incredibly fulfilling. I have wonderful coworkers, too, and our office is dog-friendly…

“For most of my childhood, we had an Airedale terrier that firmly established my love of terriers. I now have a Westie, a Cairn and two tabby cats. All rescues. Our house is situated in a wooded neighborhood that brings lots of wildlife to our yard. A few days ago, our Ring camera just captured a fawn settling to rest on our 'Home Sweet Home' doormat; no kidding!”

When asked about the most important issues HSUS deals with, Kolakowski replied, “That’s almost like choosing a favorite child! As a national organization (with an international affiliate), HSUS fights the biggest fights to end all forms of animal cruelty. Among our primary issues at the moment are ending puppy mills, trophy hunting and the use of animals in cosmetic testing, as well as reducing the suffering of animals raised on factory farms for human consumption.”

In the past year, HSUS, which has been in existence for 65 years, led the coalition in California that passed the strongest farm animal protection law in the world and another in Florida that successfully passed a ballot initiative outlawing greyhound racing in the state by 2020. They sterilized their 100,000th animal through their Pets for Life program (which brings veterinary care to underserved communities) and convinced Proctor & Gamble to sign on to their Be Cruelty Free campaign, among other accomplishments.

If Kolakowski had the power to solve just one animal-related issue, which one would it be?

“Without a doubt, factory farming. Nearly 10 billion animals are killed for their meat each year in this country, and more than 9 billion of them are chickens. These birds are genetically designed to grow at an extreme pace, leading to intense physical suffering over the course of their shortened lives.

“What’s truly shocking is that much of the abuse factory-farmed animals endure is completely legal. There are no federal animal welfare laws regulating the treatment of the billions of ‘food animals’ while they’re on the farm. And humane slaughter practices don’t include poultry. Factory farming also causes great environmental harm.”

Kolakowski became a vegetarian since shortly after joining HSUS.

“It isn’t required of our employees, but after learning about how much abuse animals in the food chain suffer, I felt it was a tangible step I could take to save lives. I gave up milk earlier this year and am working to be dairy-free by December. So maybe that makes me ‘vegan-ish.’”