Durand Jones & the Indications[/caption] by Pete Mazzaccaro The argument that pop music has gotten worse over time is a case every generation has made of the one to come after it. We hear new … 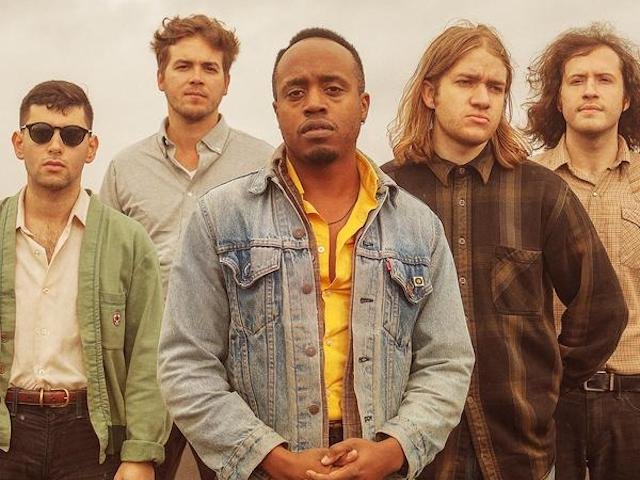 The argument that pop music has gotten worse over time is a case every generation has made of the one to come after it. We hear new music and don’t hear the same range of melody, complexity of song arrangement. In today’s pop, there’s often not even enough structure to talk about chordal changes.

I’ve been thinking about this a lot in the last couple of weeks as I’ve listened to a handful of new soul artists who have released LPs this year.

This new movement shouldn’t be confused with neo soul, a term coined in the late 90s to classify talented singers — Erykah Badu, D’Angelo and Lauren Hill — who blended hip-hop with pop and vocals that recalled the great soul recordings of the 60s and 70s.

The current crop of artists working in the genre are best described as soul revivalists. There are no traces of hip hop, electronic dance music or anything that resembles the sort of engineering and sound recording techniques you’d find any later than 1975. Gone are drum machines, loops and keyboards. They’ve been replaced by horn sections, string arrangements, Rhodes electric pianos and tight rhythm sections.

There’s no question some of those sounds have crossed over to pop artists in recent years. An early and popular example of a revival sound was captured in the late Amy Winehouse’s 2006 hit, “You Know I’m No Good,” which owed much to the work of the critically acclaimed soul band The Dap Kings. The pop star Adele dips her toes into the soul revival waters as well.

But the main soul revival bands working today have dropped pretty much every trace of contemporary pop trappings and devoted themselves to sounds honed by great bands of the 50s and 60s – from Wilson Pickett to Marvin Gaye. They’ve dug deep into the musical languages that made classic soul record labels from Motown, Stax and Philadelphia International.

One could make the argument that these artists are simply derivative – that what they’re doing is little more than applying the musical equivalent of an Instagram filter to the new to give it a retro aesthetic. But there’s more to it than that. The genius of soul music as practiced at the time is that it was intended to fill massive concert halls. The principal target of contemporary pop is to fill a pair of AirPods. It’s a difference of intent and purpose that makes an enormous difference.

To hear three terrific examples, listen to these records by contemporary artists, all released in 2019:

This Bay Area singer and songwriter recently went on tour as Kelly Finnigan & The Atonements, a better advertisement for what his music sounds like. His first solo record contains 10 songs that take the listener right back to the glory days of soul and rhythm and blues, recalling most readily 60s-era Curtis Mayfield.

The Black Pumas are a retro-soul band born out of the partnership of Austin, Texas-based guitarist/producer Adrian Quesada and vocalist Eric Burton. Of the four artists discussed here, Black Pumas most resemble the last days of classic soul as it started to incorporate the psychedelic rock sounds of the late 60s and early 70s. Think “What’s Going On”-era Marvin Gaye as the most familiar point of reference.

My favorite act of the contemporary soul lot is Durand Jones & The Indications. The band was born out of the partnership of lead vocalist Durand Jones and drummer/vocalist Aaron Frazer. After a debut album that was excellent, but a bit more raw, their sophomore effort, “American Love Call,” is a 12-song masterclass on classic soul songwriting and performance, with perfectly produced string arrangements and horn section support. Jones is gifted with a commanding voice that recalls the great David Ruffin, and his band mate, Frazer, has a surprisingly strong falsetto that seals the deal for a genuine Temptationslike sound.

Key Songs: “Morning in America,” “Don’t You Know” and “Walk Away”