When it comes to charter schools, Pennsylvania taxpayers deserve better

by Lisa Lighter Recently, Gov. Wolf announced pending executive actions with the goal of some much-needed charter school reforms. Many think tanks and pundits across the Commonwealth have attacked …

When it comes to charter schools, Pennsylvania taxpayers deserve better 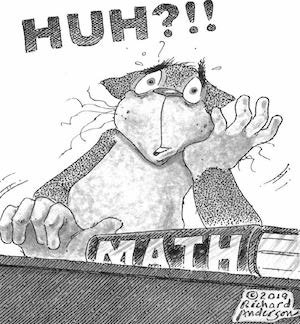 Recently, Gov. Wolf announced pending executive actions with the goal of some much-needed charter school reforms. Many think tanks and pundits across the Commonwealth have attacked him for this, stating that his agenda is to protect the status quo.

Several papers ran an op-ed piece from Lowman Henry titled "The Education Establishment targeting Charter Schools." I suppose that since it was on the op-ed page, I shouldn't be surprised that the essay was very heavy on the "op" part. Henry, however, offered no facts to support his argument that Wolf is targeting charter schools with his proposed reforms to "protect the wealth and power of the education establishment."

I, for one, support the governor’s reforms, and I see this as a politician finally stepping up and holding charter schools responsible and accountable. Finally, Pennsylvania taxpayers are having their tax money protected instead of some wealthy charter school owners and private interests.

Before one leaps to judgement and agrees with Henry, please read the following facts about charter schools. I'd also like to remind all taxpayers that school choice does not automatically equal a better option. Statistically, charter schools are not holding their own.

First, Wolf's proposed actions will save state taxpayers almost $290 million a year. How? Simple. It costs about $5,000 to educate a student using cybercharter schools. Those cybercharters, however, receive anywhere from $7,000 to $11,000 per student of taxpayer money. If the child is a student identified with a disability that makes them eligible for special education, the cybercharter may receive as much as $40,000 to educate that student.

Unlike most states, Pennsylvania school districts pay charter schools (brick-and-mortar and cyber) per-pupil tuition from their taxpayer levy based not on the school’s instructional costs, but rather on how much the district pays to educate its own students. Because there are little to no costs to maintain buildings or provide transportation, and because class size in some cybercharters is substantially higher, there is an extraordinary opportunity to profit. It's time for reform.

So where does the extra money go? It doesn't matter. They don't have to tell us. Cybercharter owners and supporters want all the "choice," but there is responsibility that comes with that choice. For starters, some charter school operators have donated almost $400,000 to state GOP legislators. They also spend on average, more than $500 per pupil on advertising. Several charter school operators are in prison for racketeering and fraud. Some own private jets, yachts and luxury homes. And you paid for it.

Why are charter schools collecting more than a quarter of the state’s public education funding when they only enroll 6% of the students? Why do the people and for-profit entities who run these charters own planes and mansions? Why are they allowed to turn a profit based on public education and taxpayer dollars and not have to be accountable to that profit? Why are the companies that manage charter schools exempt from Right to Know laws in Pennsylvania, thus prohibiting a taxpayer from knowing where our money is going?

Cybercharters (and all charters, actually) do not get results. First, look at the most basic measure – graduation rate.

The graduation rate for Pennsylvania cybercharters is between 31% to 70% (Stanford University study, 2018). The statewide average is 86%. That's just one measure, but the state’s charter schools have never measured up to its non-charters. Yet they are allowed to turn a profit and deliverable abysmal results. Their success stories are anecdotal and occur in the long-neglected city districts, for the most part.

Why has this been allowed to occur for two decades?

Public education is not perfect. We certainly need some change. Pennsylvania taxpayers could save almost $300 million annually with Wolf's proposed changes. That’s money that could be spent on educating our kids, not buying a new boat for a charter school operator or funding some legislator's campaign to keep this racket going.

Protect the wealth and power of the education establishment? C'mon, surely you joke. What was that $360,000 for, then, that was paid to GOP legislators? It was to protect the charter school establishment with their unethical laws and loopholes, at the expense of school children.

It's time to hold charter schools accountable, and I applaud Wolf's efforts. Know the facts before you declare it an "attack" on anyone. State taxpayers have been played as fools for 20 years by these schools. I think they're upset that their party and gravy train is coming to an end.

Lisa Lighter is an award-winning special education advocate and blogger who lives in southeastern Pennsylvania with her family.