This week begins school for most kids in Philadelphia. Some, who started school before Labor Day, will be finishing up their second week by the time this issue is delivered to homes. As usual, it’s … 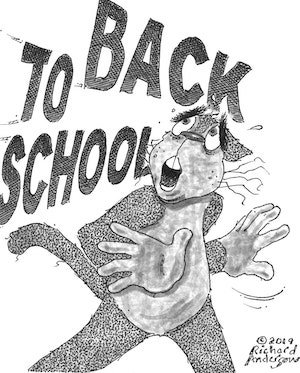 This week begins school for most kids in Philadelphia. Some, who started school before Labor Day, will be finishing up their second week by the time this issue is delivered to homes. As usual, it’s a shocking end to the summer, no matter how much you might be prepared for the season’s final days.

More shocking than the end of the summer season was news last week that the Trolley Car Diner would cease operations next month. For two decades now, the Mt. Airy diner at 7619 Germantown Ave. has been such a big part of the fabric of Northwest Philadelphia.

In 2000, the optimism of the Trolley Car’s development was welcome news to an area where restaurants weren’t flourishing. Since its opening, new eating establishments have opened and done well, from Iron Hill and the remade Market at the Fareway in Chestnut Hill to Jansen and Earth Bread and Brewery in Mt. Airy – all newcomers compared to the Trolley Car.

As reported in our page one story this week, Mt. Airy business leaders are already starting to plan to make sure the diner property’s vacancy isn’t a long one. The location deserves another standout business that draws people from the neighborhood and the surrounding suburbs.

What’s not at all shocking is the persistent issue of dogs running off leash at Pastorius Park. I’m not sure any issue has sparked more debate for as long a time as to whether the right of dogs to run unencumbered by leashes is greater than the right of people to enjoy the park without the real fear that any activity they may pursue – from picnicking to frisbee tossing – will inevitably be spoiled by those same dogs.

The photos we published last week by Michael Penn continued the debate with no clear sign of what constitutes prevailing public opinion on the matter. On the Facebook post of the story, most commenters expressed their frustrations with the dog situation. A few made comments that amount to, “If you don’t like the dogs, then leave.” It’s not an attitude that I think works, never mind the reality that letting a dog off its leash in the park is illegal.

An enormous amount of effort has gone into making Pastorius Park one of the city’s truly great green spaces. A lot of that effort has come from the Friends of Pastorius Park, a volunteer organization that has done a remarkable job on the park. But all of that continues to be spoiled by dog owners who – through sheer ignorance or an oversized sense of entitlement – can’t be bothered to keep their dogs at their side.

Perhaps it’s time these dog owners put their heads together to find a solution. The status quo is really not working. It should be up to them to police themselves and, if needed, to find a way to let their dogs run free in a way that does not prevent others from enjoying the park.