Monday’s FDA approval of the Pfizer-BioNTech vaccine is expected to open the door for more businesses to require immunization as a condition of employment. 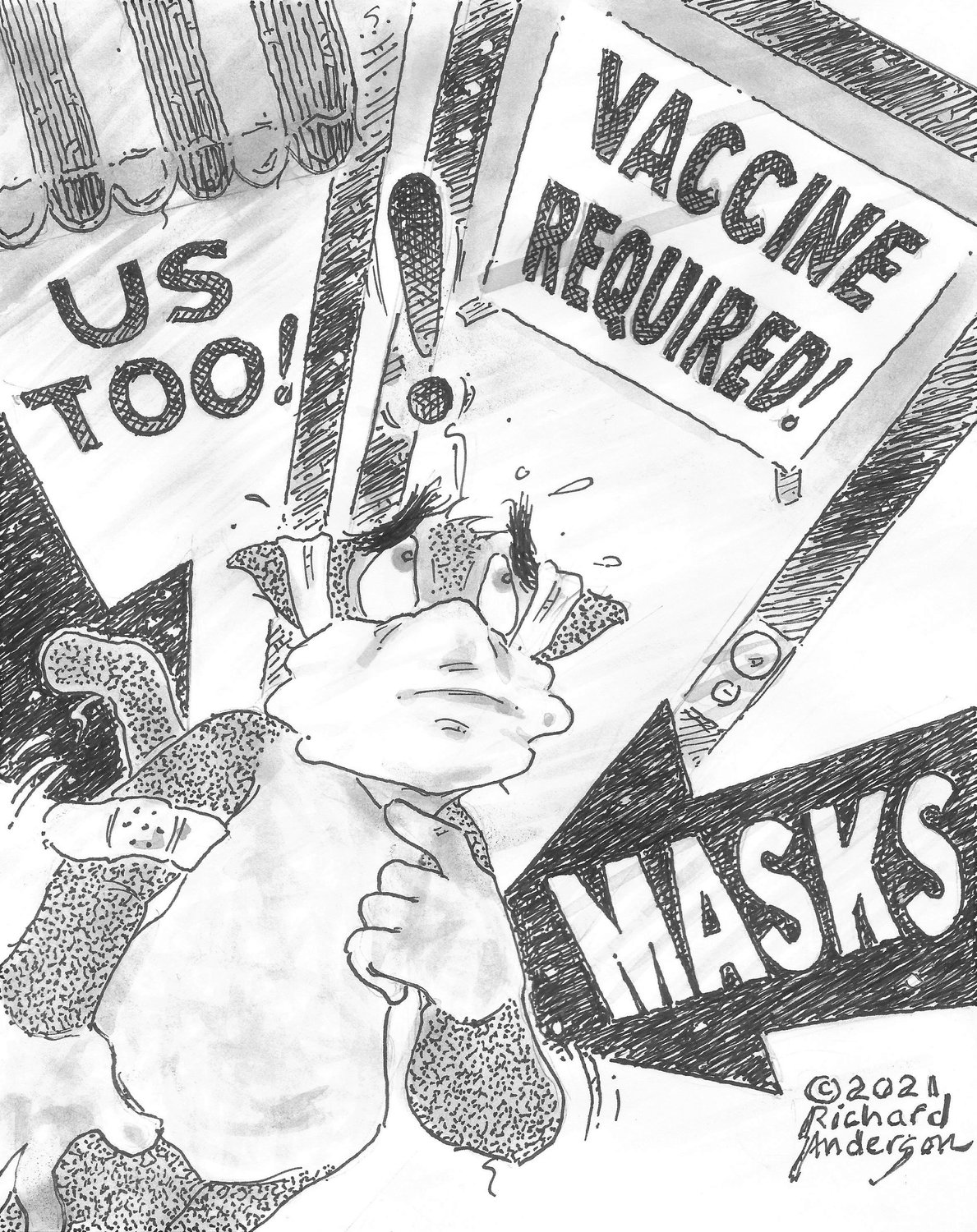 Monday’s FDA approval of the Pfizer-BioNTech vaccine is expected to open the door for more businesses to require immunization as a condition of employment. The Chestnut Hill Local board of directors had already voted unanimously about a month ago to require full vaccination of all staff. Everyone in the office is vaccinated.

We have also made the decision to close the office to all unvaccinated visitors. A sign on the front door informs everyone they must be prepared to show their vaccination card to enter. We want to protect our employees from breakthrough infections.

So why not just mask up and ask others to do the same? Because it doesn’t appear that group mask-wearing is going to be enough to defeat this enemy. It is the equivalent of going to war with shields instead of bullets. The virus is going to keep shooting at us. Are we content to keep retreating to our foxholes to wait out each barrage?

I am using the analogy of war because, in a very real sense, that is what this is.  We can’t see the invaders, but they are on our soil, and they are picking off our countrymen. They started with our most vulnerable and are working their way up.

As the first wave of the virus was tearing through our country, it forced decisions to close offices and stores, cancel events, postpone weddings, delay funerals, and eschew all human contact from within 6 feet. Could any attack from any physical enemy, foreign or domestic, have altered the very fabric of our culture, challenged the future of our fundamental freedoms, or posed a more serious threat to our economy more than the onslaught from this invisible terrorist?

Then, almost miraculously, through the ingenuity and determination that has characterized this nation since its inception, and as if dispatched by God Himself, effective vaccines were created, tested, and made available in ample supply, more quickly than anyone could have hoped for.  Picture a scene from Independence Day with Bill Pullman as President Whitmore declaring to Americans through a megaphone, “Come get your phasers, and let’s start firing back at these b*st*rds!”

Meanwhile, with lasers whizzing by their heads, half the citizenry stands around saying: “I don’t need a weapon . . .  or a shield for that matter.”  “I’ll wait to see if the weapon works for other people.” “I don’t trust any weapon the government is handing out.”  “There is a microchip in the weapon for Big Brother to track me.”

The unfortunate reality is this is not a movie.  It is a real fight. The enemy in this “war” is going to keep getting stronger if it can outlast us. It will use the unvaccinated among us as its laboratories to study us and learn to get around our defenses to cause more casualties. Sounds like science fiction, and except for the fiction part, it is. Eventually, the virus will either run out of people to infect or mutate into something resistant to current vaccines to kill more of us. Inexplicably, it seems to have a stronger survival instinct than we do.

Closing our office to unvaccinated visitors is a small step toward doing something the government is incapable of: isolating those who refuse to be vaccinated.  It is necessary because the virus is intent on weaponizing them against everybody else.  Mandating masking instead of requiring vaccination is a backward response that only inconveniences those who have acted responsibly.

According to the city’s website, under 49% of Chestnut Hill’s residents are vaccinated. In Mt. Airy, the number is better, but still only 54%.  When I make some admittedly loose calculations to arrive at the eligible population (age 12 and up), the numbers improve to 63% and 68%, respectively. Still, about a third of the eligible population in these neighborhoods have refused the vaccine for one reason or another. (NOTE: The percentages may be higher. We have not been able to confirm whether those who were vaccinated outside of Philadelphia County are included in the totals.)

It would seem we are beyond encouraging, cajoling, and incentivizing the holdouts.  It may be time to seriously consider restricting access to desired destinations only to those who can produce proof of vaccination.  What do you think? Send us a letter or take a quick poll at chestnuthilllocal.com/vaccinepoll.

For those who care about democracy, GOP candidates are a risky choice