The publishing world has burped up nearly a book a day this year about President Donald Trump and his inner circle. Most of them are negative, bearing big-think titles such as: "Fear: Trump in the … 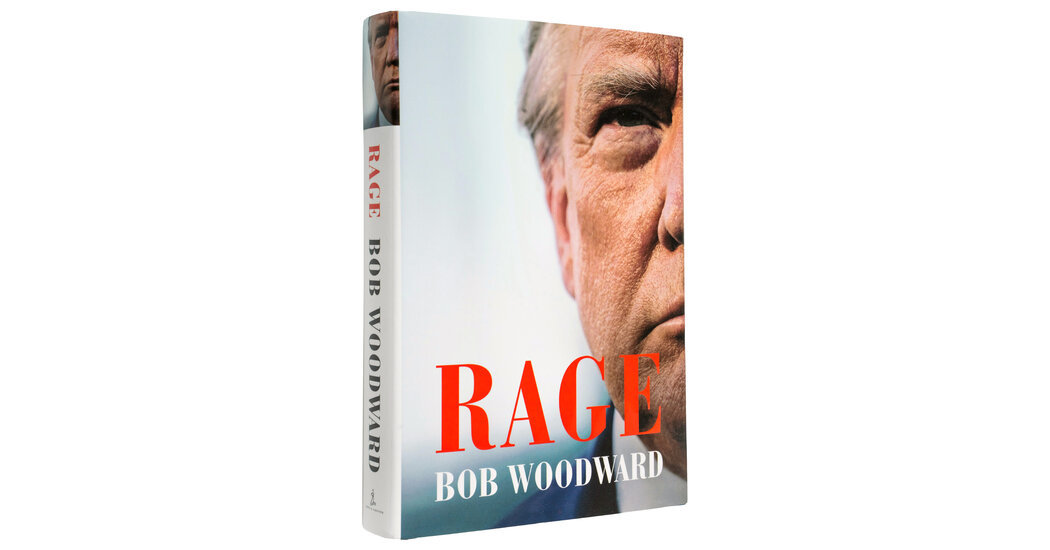 Bob Woodwrard’s “Rage” has received a lot of attention for its revelations on the president’s thoughts about Covid-19. Less covered are his son-in-law’s thoughts on the texts that “inform” Trump’s presidency.
Posted Thursday, October 8, 2020 9:34 am
by Hugh Gilmore

The publishing world has burped up nearly a book a day this year about President Donald Trump and his inner circle. Most of them are negative, bearing big-think titles such as: "Fear: Trump in the White House"; "The Dangerous Case of Donald Trump"; "It was All A Lie"; "A Clear and Present Danger: Narcissism in the Era of Donald Trump"; "The Cult of Trump" or "Donald Trump V. The United States."

Of the positive ones, about half use Trump's name in the title, but are actually books in the fairy tale "Leadership" genre that promise to help average goobers channel their avarice and get as rich as Mr. Trump claims to be.

Embedded in this mudslide are memoirs, character studies, psychological analyses, denunciations and kiss-and-tells written by emancipated souls that have had the pleasure, or pain, of getting within transmission distance of a Trump. By and large these are the books that get wings and fly to the best seller lists. Books by former cabinet members or White House advisors, especially those with stingers still stuck in their thin skin, can be quite informative and entertaining. Or frightening.

Two recent books, journalist Bob Woodward's "Rage" and former Trump attorney and confidante Michael Cohen's "Disloyal," (to be discussed next week) are worth special attention. Both have been reviewed extensively everywhere, including television, the major source of political news for most Americans. It would be worthwhile to take advantage of this trough in their wakes to present some choice ideas not emphasized in any of the major reviews.

Bob Woodward is a magus of such journalistic renown he was granted 18 recorded interviews with brand name-obsessed Mr. Trump this year. The contents of these sessions, presented in deeply researched contexts, make up the substance of "Rage." The title refers both to the president's mood when he is pissed and the rage he provokes in the objects of his disaffections.

The biggest media spins of the book have revolved around Mr. Trump's taped acknowledgment of the coronavirus’s deadliness and easy contagiousness–– while publicly denying both. Some less well-known items from the books include the following: Early on in the pandemic, at a virus meeting, at least five people wanted travel with China restrictions imposed (Fauci, Azar, Redfield, O'Brien and Pottinger). But on March 19, Trump told Woodward, "I had 21 people in my office ... and there was only one person that said we have to close it down. That was me."

Woodward also interviewed Jared Kushner at length and, at one revealing point, Kushner said that there are four texts someone in a quest to understand Trump needed to know. First, one needs to go back and read a Wall Street Journal article by Peggy Noonan from 2018 that said, "He's crazy...and it's kind of working...But crazy doesn't last...It's unstable, especially in an unstable environment."

Second, Kushner states that to understand Trump one needs to reference the Cheshire Cat in "Alice in Wonderland." Kushner paraphrased the cat: "If you don't know where you're going, any path will get you there."

Third, Kushner recommended, for understanding the Trump presidency, Chris Whipple's book, "The Gatekeepers: How the White House Chiefs of Staff Define Every Presidency." Whipple says the chiefs of staff, through time, were the ones who actually held the fate of the country in their hands. Trump, Whipple says, "clearly had no idea how to govern'." Yet he was reluctant to follow the advice of his first two chiefs of staff, Reince Priebus and John Kelly. "Trump will be Trump, no matter his chief of staff."

The fourth text Kushner suggested for understanding President Trump was Scott Adams' "Win Bigly: Persuasion in a World Where Facts Don't Matter." Adams is the creator of the "Dilbert" comic strip. He says that Trump's misstatements of fact are not regrettable errors or ethical lapses, but part of a technique called "intentional wrongness persuasion."

Was there ever a zanier bunch of references offered as a way to decipher a president of the United States and his behaviors and ever-changing policies? Floods, fires, hurricanes, North Korea, China, Russia, Syria, Israel, Mexico, Canada, the fight for racial justice, economic depression, and a pandemic face us, simultaneously –– and those are the guiding principles of our leader?

Woodward concludes that Kushner's four texts "painted President Trump as crazy, aimless, stubborn and manipulative. I could hardly believe anyone would recommend these as ways to understand their father-in-law, much less the president they believed in and served."

The focus of "Rage" is on the coronavirus pandemic, its handling and its effect on the American people. Extensive sections about Trump's deluded relationships with Kim Jong Un of North Korea and Vladimir Putin, are also offered as ominous shadowing material. Both Kim Jong Un and Putin, it is implied, have played Trump as an easy fool. Every person in the United States of America has been affected, adversely, by this man's behavior.

In conclusion, Bob Woodward writes, "When his performance as president is taken in its entirety, I can only reach one conclusion: Trump is the wrong man for the job."

Most of those who share that opinion would not express that verdict so delicately.

The Bookman cometh ... or maybe not: A primer on letting go of your books (2)

The Bookman cometh ... or maybe not: A primer on letting go of your books

What others called waste, I played with on Saturdays: How getting down to nuts and bolts helped me lose my mindset