The Regrettes join impressive group of women driving rock with ‘How Do You Love?’

The Regrettes (from left) bass player Brooke Dickson, guitarist Genessa Gariano, lead singer and guitarist Lydia Night and drummer Drew Thomsen. by Pete Mazzaccaro In the past few years, the most …

The Regrettes join impressive group of women driving rock with ‘How Do You Love?’ 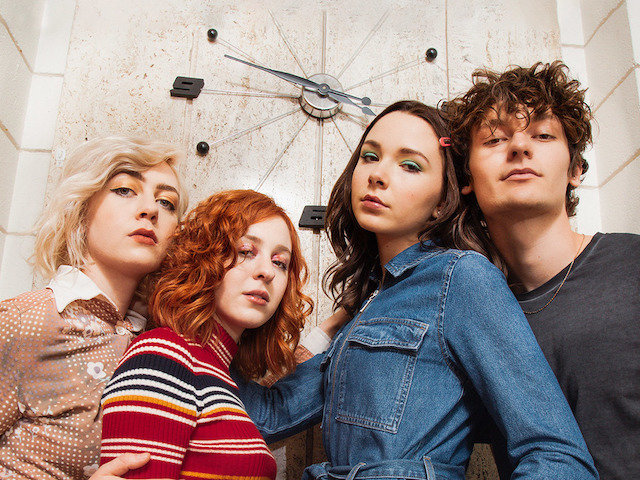 In the past few years, the most interesting music I’ve heard is by women: Courtney Barnett, Speedy Ortiz, Lucy Dacus, Stella Donnelly and Bleached (which I reviewed here a month ago). These women are building on influences that range from The Runaways and Debbie Harry to The Breeders and Liz Phair. And they’re improving those sounds in many ways.

It’s a good time for women in rock.

The Regrettes “How Do You Love?”

Add to that list the work of the young members of The Regrettes, whose new album “How Do You Love” was released last week.

Led by 18-year-old Lydia Night, The Regrettes is an impressively disciplined rock quartet from Los Angeles. The band made its debut in 2017 with “Feel Your Feelings Fool!,’” a remarkably mature collection of 15 tracks that recalled power pop, punk and even a little late ‘50s doo-wop.

“How Do You Love?” builds on those sounds with a slightly slicker production value. The rougher edges of “Feel Your Feelings Fool!” fall away for what might have once been considered a more radio-friendly sound. The result reminds me most of The Strokes.

I mean that to be taken as a compliment. Night and the rest of The Regrettes are a lot like early Strokes in producing tight, well written songs with just the right performances. There’s never “too much” of anything. The guitar playing of Genessa Gariano is worth recognizing here for its spare precision.

Moreover, Night is a fantastic vocalist whose voice makes her sound like so much more than an 18-year-old from L.A. She’s also a songwriter with more to say than The Strokes’ Julian Casablancas. The album is a suite of songs that follows the beginning and unavoidable end of a romantic relationship. And it does so without descending into cliché.

While “How Do You Love?” wears a bit thin and is a little more polished than I’d like (I prefer the slightly grittier sound of the debut), it’s a blast of fun, straightforward and energetic rock.